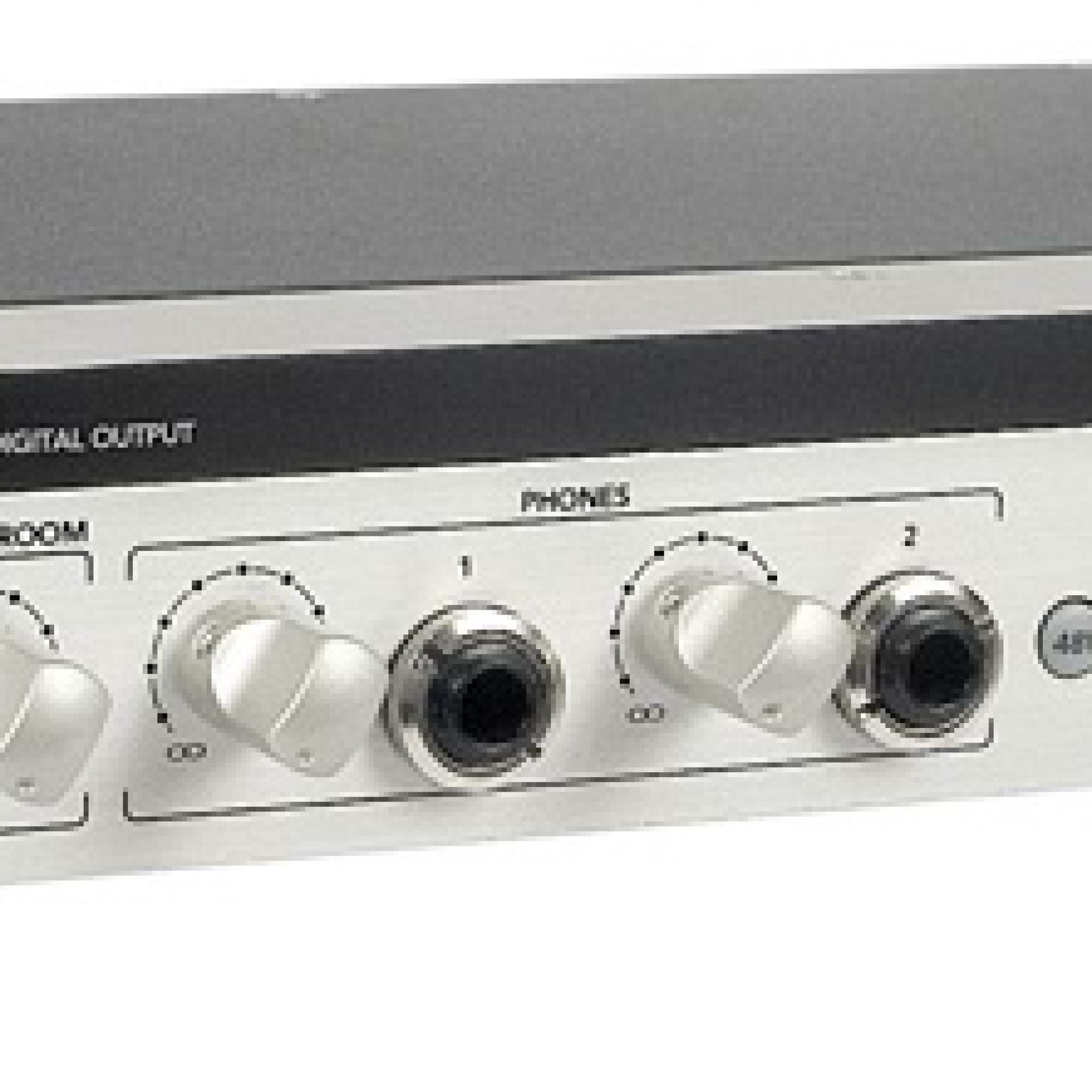 There are more Firewire interfaces on the market these days than summer bushfires… the new Onyx 400F may be the cool change you’re waiting for.

Text: Brad Watts Bucket-loads of Firewire audio interfaces have been making their way into the audio market of late. Wading through the sea of pros, cons and specs will leave many giddy with confusion. Most appear to offer very similar, if not identical, feature sets within their respective ‘class’. Mackie is obviously wise to this plastic encased pseudo-pro box phenomenon. You know the style I’m describing, entirely plastic and looking more like a computer peripheral than a recording device. Mackie’s Firewire Onyx 400F, however, looks as if it could be a viable interface option for the more professionally minded recordist. As with all Mackie products, the build quality of the 400F is well above par. The single unit rack-mounting case is the usual 1.2mm-thick steel finished in the customary Mackie grey colour scheme. All the connectors are firmly bolted to the chassis rather than relying on a few solder joins for rigidity. The universal power supply is built-in and connects using a standard IEC cable – no annoying wall-wart supplies to be seen. At the opposite end of the unit reside the four Onyx mic preamps – keeping any electrical interference away from the business end of the unit.

It’s the Onyx preamps that give the 400F a real leg-up in this market. Until I got hold of this device I’d not heard the Onyx pre’s, so I was quite keen to have a listen. I’ve been on the hunt for something akin to the Onyx 800R (its eight-channel mic pre device) and this was a perfect opportunity to audition the preamp circuitry. My first impression was that they’re a huge improvement on the older VLZ pre’s. The Onyx design sounds clean, detailed and natural. They may not quite be the ‘boutique’ quality that Mackie espouses – Class-A these are not – but they’re a very accommodating preamp with headroom and gain enough for all but the most ancient of ribbon microphones. Speaking of which, my first and foremost complaint with the 400F is the global phantom power switch. With ribbon mics enjoying quite a resurgence at the moment (as well as the usual condenser/dynamic combinations) it’s surprising not to see individual 48V switching. The phantom power does ramp up and down over about four seconds, mercifully, allowing you to quickly turn the phantom off again if you inadvertently apply it to a ribbon. Still, a single switch is obviously a cost cutting measure and a short-sighted one as far as I’m concerned. The first two pre’s feature high-impedance inputs on the front panel for guitar or bass instruments, and all four preamps offer 60dB of gain and four-segment LED input meters. Unfortunately there’s no impedance adjustment for the mic inputs or the M/S encoding features as found on the Onyx 800R – again a matter of more switching hardware. Off to the left of the front panel are two headphone outputs with individual volume controls. Again, these sound remarkably clear and have scads of gain for inflicting some serious SPL on your headphones. To the left of these is a Control Room level control – attenuation of the dedicated control room monitor outputs. This is one feature a number of interfaces don’t offer, requiring a separate monitoring preamp such as Mackie’s Big Knob before hitting the speakers. Out to the rear of the 400F you’ll find four Neutrik combo connectors for mic and line signal input. Four insert jacks appear for inserting processing over the mic pre’s with a further four balanced line inputs appearing as jacks. Outputs from the 400F consist of eight balanced line out jacks and the previously mentioned monitor outputs. BNC wordclock I/O comes in handy, especially with Firewire interfaces. Then we see the two Firewire ports, S/PDIF I/O and Midi in and out.

Driving the 400F is a dead simple affair – apart from one slight omission. Mackie supply a CD-ROM that, according to the manual and the printing on the CD, includes drivers for both Windows XP and Mac OSX 10.3 (an additional bonus is Mackie’s own Tracktion 2 recording software). Unfortunately none of the Macintosh software has made it to the CD so you’ll have to download the appropriate files. The licence number supplied for Tracktion is valid for both XP and OSX versions of the program – all you need do is register on Mackie’s website. After discovering all this and giving Tracktion a whirl, I was suitably impressed by the program. There’s enough plug-in action and features within it to tackle any recording job you’d commence with the 400F. It’s remarkably stable and seems to enjoy life on a laptop – at least it seemed more than happy on my speed-challenged 933 iBook. The single ASIO/CoreAudio console software is well appointed (the same console is installed for XP) with the ability to route any input to any set of outputs, rename channels, solo, mute and pan. The unit can also be bumped into ‘DSP Mixer’ mode, allowing the 400F to behave as a stand-alone mixer and mic preamp. In this mode you’d definitely use the 192k sample rate setting. Did I mention this? The 400F provides its full complement of 10 inputs and 10 outputs at all its supported sample rates… up to 192k. There’s no I/O penalty for upping the ante to ludicrous kHz ratings. Almost needless to mention: word-length resolution is entirely 24-bit. So was I happy with the Onyx 400F? Absolutely! It’s a solid and great-sounding interface without any restrictions for super sampling rates. I’d be perfectly happy utilising the unit as a stand-alone set of four mic preamps, or two pre’s with a digital out. My only misgivings are the global phantom power and a lack of expandability – what the 400F offers can’t be augmented via expansions such as Adat optical. Perhaps the option to use the unit alongside another 400F is possible, although I found no mention of this in the manual or on the Mackie’s website. Overall though, it’s a damn good device capable of truly professional recording. 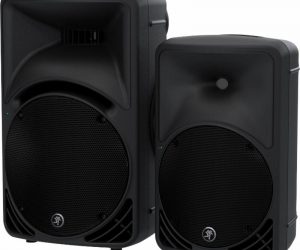 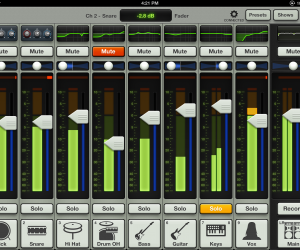 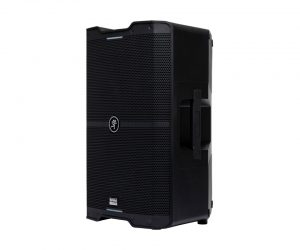 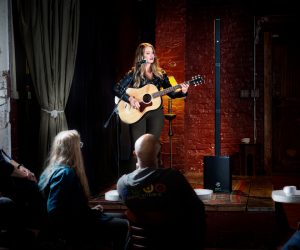 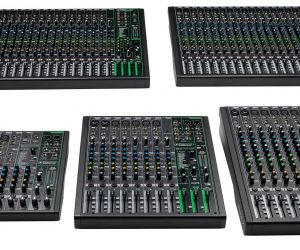 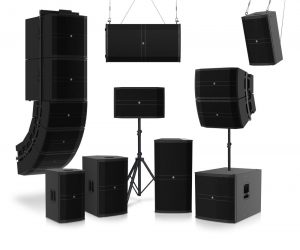 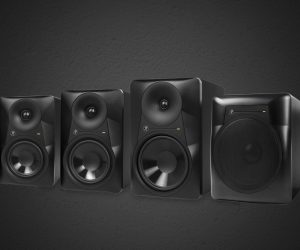