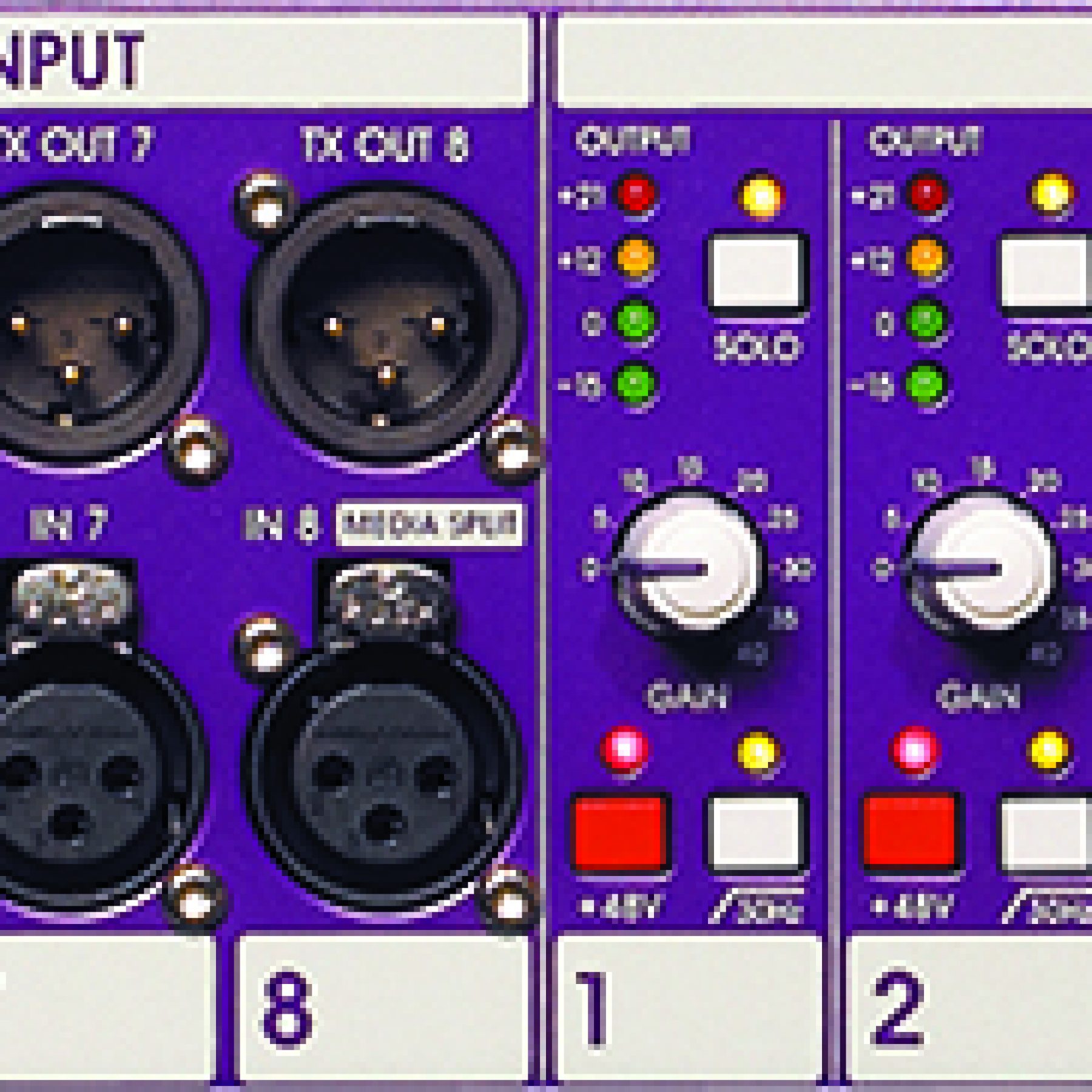 Is splitting a headache? It needn’t be.

If your hand was forced and the chips were down, you could split a mic signal three ways by using two (analogue) multicore systems with parallel outputs, to connect three consoles (FOH, Monitor and an OB truck) to each mic. This is akin to using two XLR Y-splits connected together. But there’s a big problem with this method. Joining the cables in this manner electrically connects the three consoles together, raising safety issues, causing grounding problems and incorrect loading on the microphone. More gain is required at each console to compensate for the extra load, and high frequency energy will be lost with long cable runs. A way around this is to use an isolating transformer, but even then, the extra load on the mic will remain.

The Klark Teknik SQ1 Splitter has two sets of parallel (duplicate) inputs on the front and rear panel, providing a handy way to patch quickly. Once plugged in to either side of the unit, a signal will appear at all three (A, B & C) outputs. The rear outputs (A & B) are electronically-buffered (normally for the FOH and monitor consoles), while the transformer-isolated outputs (Outputs C) on the front panel are designed to be used by a recording truck or broadcast unit. Apart from being transformer-isolated, the ‘broadcast’ output is sourced before the gain stage, allowing independence from whatever the PA company is up to.

One side of the front panel contains the eight channel strips and the other provides the inputs and the eight ‘broadcast feed’ outputs. These feeds also feature Pin 1 isolation, ensuring there no ground loops. An adjustable gain stage is used to amplify the mic signal up to line level in 5dB steps, then you can insert a 30Hz high-pass filter and solo the signal to the headphone socket. Each input features a four-segment LED meter indicating –15, 0, +12 and +21dBu. This is the output level of the two sets of connectors on the rear panel. Round the back you’ll also find recessed switches to lift the earth (Pin 1) for the eight ‘A’ outputs or the eight ‘B’ outputs.

The Square One Splitter also has a surprise up its sleeve, sporting the ability to function as a 16-way Media Splitter for press feeds. This allows a mono mix from a console to be fed to the 16 XLR outputs on the rear panel, providing an audio mix for cameras and news reporters etc.

This is accomplished by prodding the recessed ‘media split’ switch next to the input connector for Channel 8. While using the splitter in ‘media split’ mode, you can still use the first seven channels on the front panel as isolating transformers with all the benefits of electronic balancing and buffering. This incorporation of two products into one will please many – both a press box and active splitter use essentially the same components, so why should two separate products be purchased when they can be combined?

The SQ1 Splitter needs mains power to function, and for that, the internal switch-mode power supply can automatically deal with anything between 100V and 240V AC. The power input is via a standard IEC but there’s no power switch; the unit will always be on when connected to the mains.

Phantom power is not passed to the mic inputs from any of the console connections. Instead, if phantom power is detected on any of the 16 rear output connectors, then phantom power is energised on that channel, illuminating the LED on the front panel. There is also a switch for each channel if you need to apply the phantom manually.

THINKING INSIDE THE SQUARE

Complete with a well-written manual and a three-year warranty, the SQ1 looks the goods. I used the unit on a couple of shows to split audio into an in-ear system. Apparently the SQ1’s preamps are ‘Midas XL8-inspired’. What that means precisely, I’m not entirely sure, but the splitter worked a treat with noticeably better sound quality than the small digital console we used to mix the in-ears.

This is a high quality front-end device that’s well priced. Rental companies will like the flexibility of the ‘media feed’ dual-purpose design while anyone putting together an install will look carefully at the Splitter.