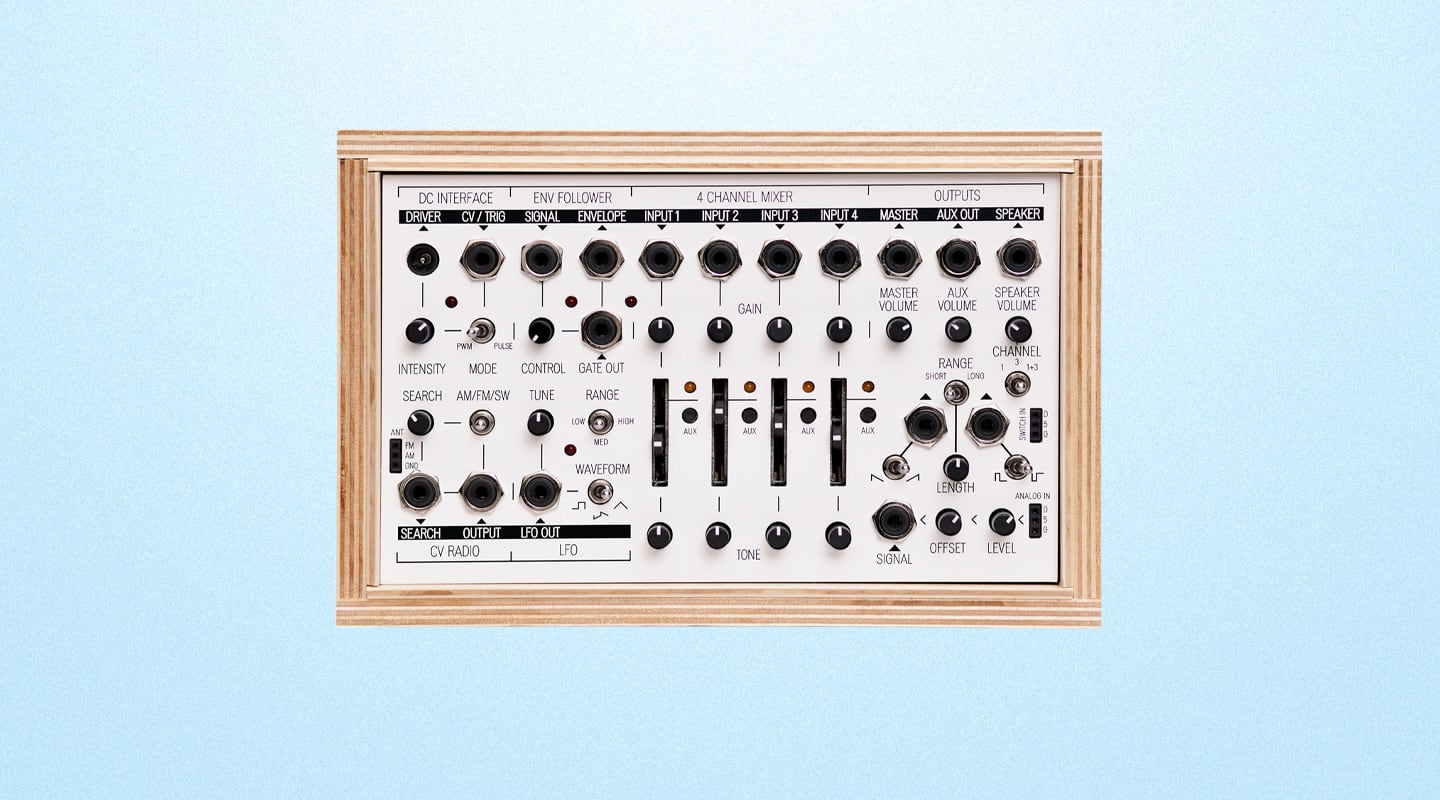 Have you ever considered your PC itself as a source of audio material? Prepare to enter a strange new world of magnetic fields and mechanical interference.

This ‘PC Audio’ column is getting a bit meta. See, typically I write about how to get the most out of your PC for recording, but lately I’ve actually been recording my PC!

Let me explain. Electromagnetic fields can be found all around us, yet they all remain inaudible and invisible to us until converted into waveforms using a suitable pickup. Some fields — like the earth’s own magnetic field, and that around a bar magnet — are static, but the alternating currents (AC) produced by most mains electricity supplies produce time-varying electromagnetic fields. It’s those fields we can pick up from suitable electrical appliances — table lamps, radios, TVs, mobile phones, microwave ovens, even personal computers — and turn them into sound.

My own journey started last year, after I bought a couple of ‘induction coils’ (aka telephone bug mikes, available widely and very cheaply online) that pick up these electromagnetic fields. After plugging the bugs into my mic preamp and waving them around inside my PC, I was amazed at some of the alien, robotic sounds they picked up from its CPU, the R2D2-like hard drive activity, frantic graphic card updates, scratchy mouse movements, and motor buzzes and static bursts from CD/DVD drives. Moreover, because you’re capturing magnetic fields, absolutely no handling vibration or wind noise appear on the recordings — a rare treat!

I found myself so fascinated by this new world of magnetic fields morphed into audio that I ended up supporting a recent Kickstarter project from Koma Elektronik, for their Field Kit (koma-elektronik.com/?product=field-kit). It’s a handy little box that not only contains four preamps suitable for induction coils and contact mics, but also synth-like modules including an LFO and envelope follower, a CV-tunable radio that can receive broadcasts on AM, FM, and shortwave bands for use as another audio source, plus analogue and digital sensor inputs so you can use switches and varying voltages to trigger or modify sounds.

Hang on, I hear you say, what’s this got to do with PCs? Well, the Field Kit also has a DC Interface with pulse/PWM adjustment you can use to control the speed/of small electric motors or fans, or the impulse/strength of solenoids, electro magnets, relays and the like, in order to generate free-running or tempo-synced mechanical noises. As an inveterate experimenter and PC builder, I’ve accumulated several boxes full of computer components over the years, so I was able to dig out old computer cooling fans, LEDs, motherboard buzzers, motors from a CD drive, all of which could then be controlled from the KOMA Field Kit to create new sounds. I even found several multi-finned CPU heatsinks that sound like mini-cymbals when pinged. Robotic drum kit anybody?

Even more bizarrely, further Internet research into the possibilities of creating audio/music from PC components led me into strange new worlds of mechanical music emitted by arrays of retired floppy disk drives turned into musical instruments. I found myself listening to wonders like the James Bond 007 theme played on an array of 13 floppy disk drives and one hard drive (youtu.be/jEzXjJN1RH0). If your taste tends more to classical music, try George Whiteside’s Phantom of the Floppera (youtu.be/dmoDLyiQYKw), a sophisticated four-part rendition of Bach’s Toccata in D Minor for two 3.5-inch and two 5.25-inch floppy drives.

Now these are somewhat more sophisticated fare, requiring a specially-designed floppy disk controller that waits for MIDI data, determines the corresponding frequency, and then repeatedly instructs one of the drives in the array to move its data head back and forth at that frequency. The most advanced device in this genre I’ve discovered was built by Polish hacker Silent, and consists of a massive 64 floppy drives, eight hard disks (on percussion), and two scanners, and has been christened ‘The Floppotron’. Listen to it performing Smells Like Nerd Spirit (youtu.be/GwuCQ3u2N_A), and prepare to be amazed. Yep, these techniques are geeky in the extreme, yet I have a genuine respect for people who can re-purpose PC hardware to such exotic ends. By the way, if you want to go further back in time PC-peripheral-wise, try this dot matrix printer playing Eye Of The Tiger (vimeo.com/58200103). Clever stuff!

Inventive people are also harvesting parts from elderly PCs for future projects, such as the powerful rare earth magnets and motors from old hard drives (vimeo.com/2155213), or turning their insides into mechanical LFOs (vimeo.com/66666625), while DVD drives can yield laser diodes and stepper motors (youtu.be/JtZ0Zx2-XMg). However, we are now straying from our original ‘PC audio’ remit. Some musicians are really serious about using computer parts to make real music, a classic example being Sonic Robots, who built ‘Glitch Robot’ (vimeo.com/105351395), a robotic music instrument dedicated to glitch sounds, which they describe as ‘Sounds from the in-between of error and prediction, little sounds that are amplified, small sounds made big’. This installation uses an array of old hard drives to create snare drum rattles, solenoids pinging towards drum heads and metal tongues (for basslines). Accompanied by melodies courtesy of a MIDI keyboard, this is a tour de force!

As you can see, the world of PC Audio needn’t be restricted to traditional recordings via audio interfaces and soundcards. My next wave of experiments will be using a sensitive light modulation sensor that picks up changes in light levels, so I should not only be able to capture sounds like 50/60Hz audio buzz from mains light bulbs (boring), but also hard drive activity directly from the flashes of my PC’s front panel LED, fluorescent display soundplay from digital synths and CD players, and the infra-red signals sent out by multimedia remote controls. This time however it’s a handheld device whose output can be plugged into my Zoom H4N digital recorder and taken out for field experiments — I’m hoping to record the play of reflections from a nearby reservoir on a sunny day, and to explore inner city collages of luminal digital activity, as demonstrated in this fascinating What You See Is What You Hear video (vimeo.com/13617192) from Daniel Fishkin, in which street sign advertising and illuminated shop displays in Times Square are turned into a ’symphony of light’ by his sound camera. Not too flashy for you I hope! 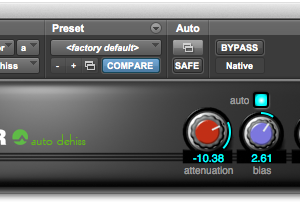 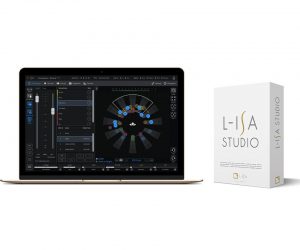 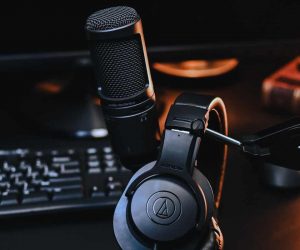 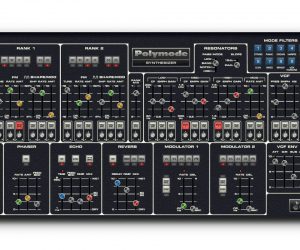 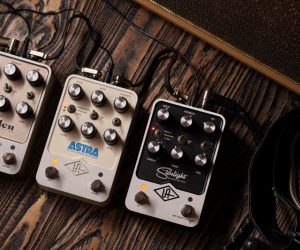