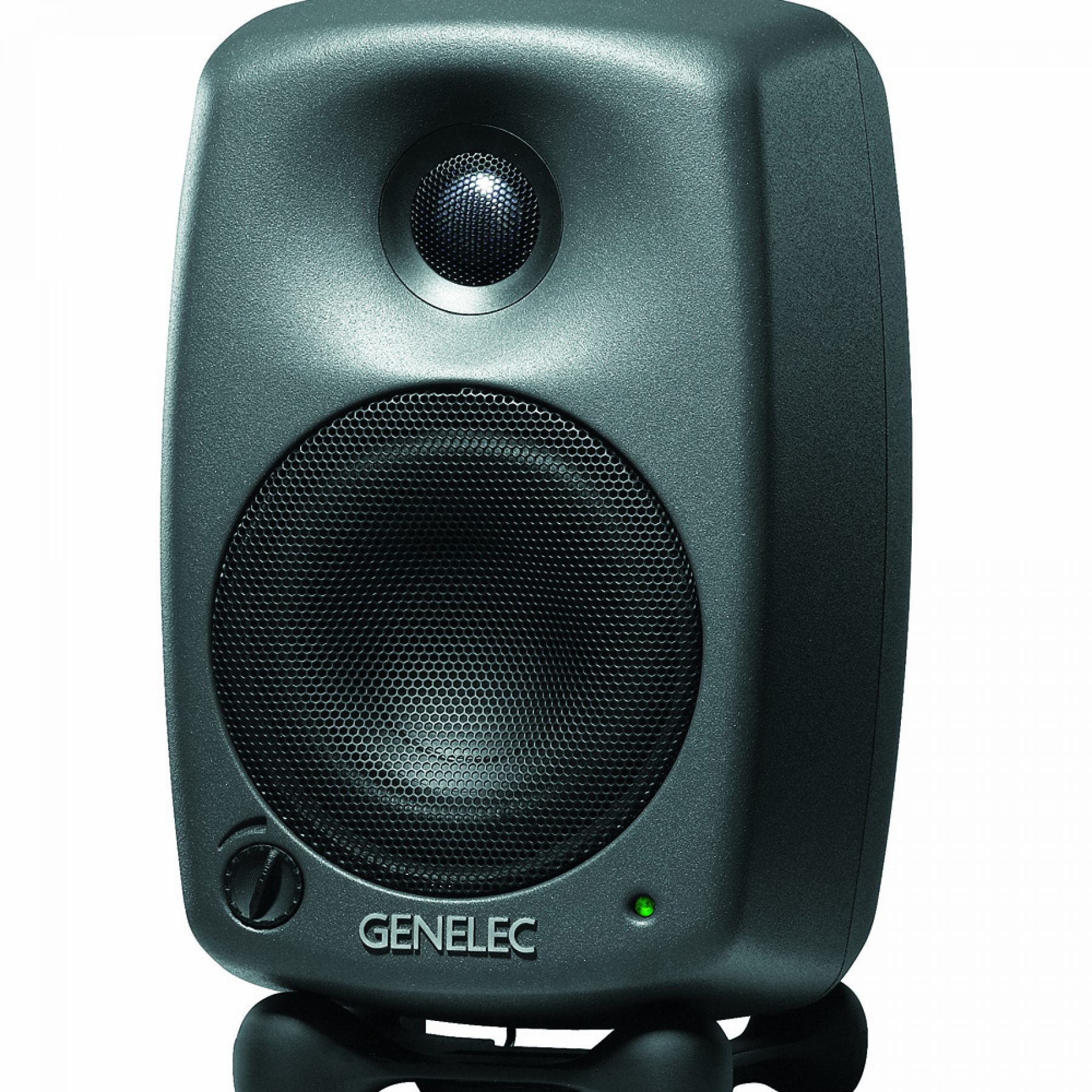 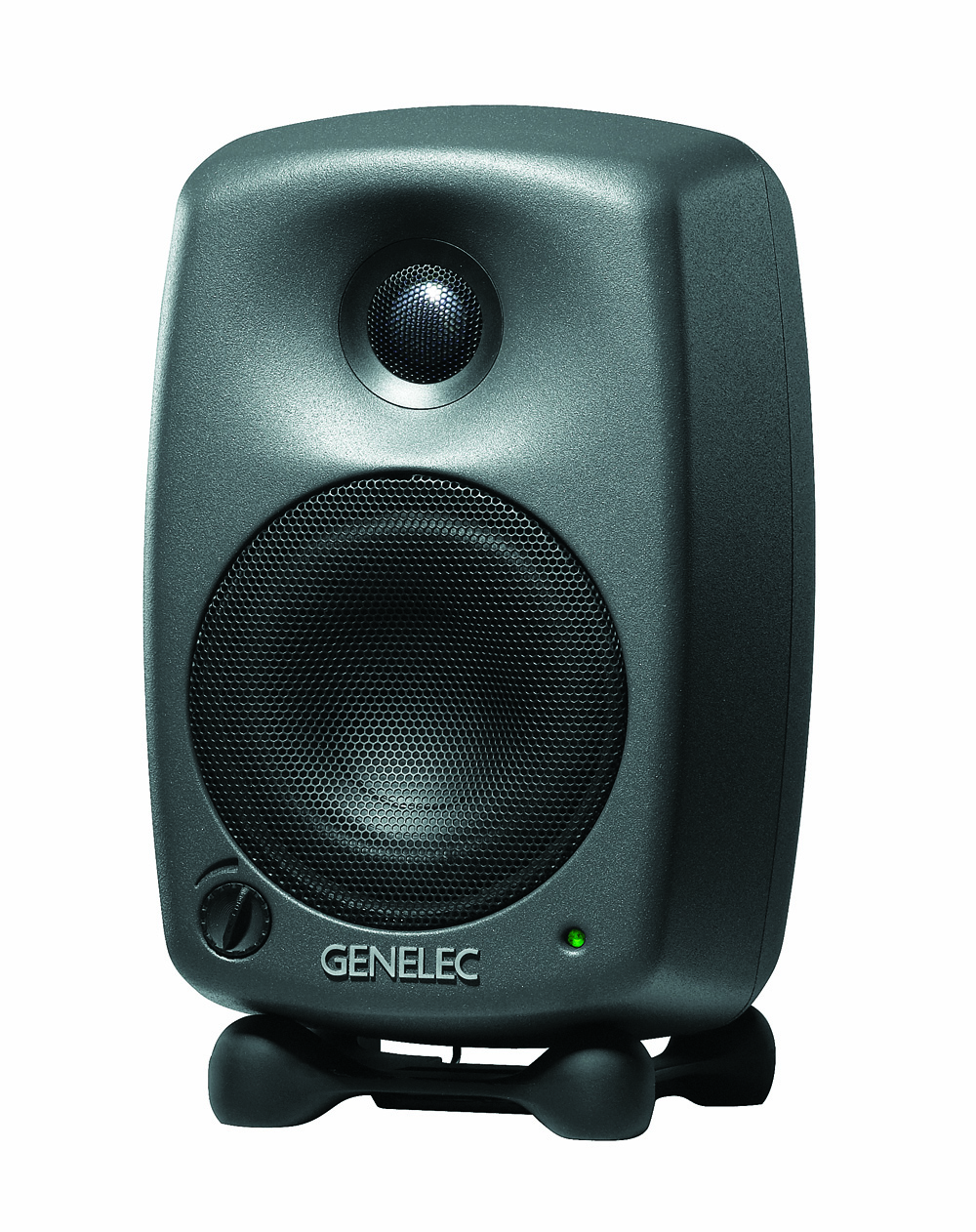 The new pint-sized nearfields from Finland’s pre-eminent speaker manufacturer might look small but their sound is anything but.

For its size, the Genelec 8020A is a remarkable sounding active monitor. Standing only 24cm tall and housing a petite four-inch low-frequency driver and one-inch metal dome tweeter, the 8020A is the newest (and smallest) in the Genelec 8000 series, but unlike so many other small speakers in a given range, this one is made using the same superior engineering and components as all its siblings… with a sound to match.

Frankly, I’ve rarely heard a small speaker sound ‘big’, despite advertising claims to the contrary, but the 8020A really does seem to defy logic with its bass extension and all-round tonal balance. Although it doesn’t necessarily sound like an eight-inch, the four-inch driver and rear-ported cabinet of the 8020A combine to produce some genuine bottom-end extension that gives proper weight to kick drums and other bass tones, albeit minus their sub-harmonics. Rather than listening to mixes through these little babies and mocking them for their ‘try-hard’ bottom-end performance, I found myself generally scratching my head, flabbergasted by their abilities down low. (I’d love to be able to place them behind the façade of a larger cabinet and test how many engineers could spot the deception.)

Physically, the 8020A is made using Genelec’s new die-cast aluminium MDE (Minimum Diffraction Enclosure), which was adopted to realise its new sculptured look. The idea behind this engineering – as the name suggests – is to minimise edge diffraction from the cabinet to improve the tonal balance. Given the nature of the sound emanating from the 8020As, the ‘minimum diffraction’ design seems to work remarkably well. As a brief aside, I recently mixed an album at Sing Sing in Melbourne where I used a pair of the larger Genelecs 8040As, and one of the most remarkable characteristics of these speakers was their ability to effectively melt away and become ‘invisible’ in the room. The sound was superbly clear but pointing directly to the speakers themselves in the half-light of the mix room was unnervingly difficult. Edge diffraction, it would seem, contributes significantly to our ear’s ability to ‘find’ the cabinet in the space.

The 8020As didn’t have quite the same affect on me as the 8040As, for the simple reason that they were placed little more than arm’s length away, in a much smaller room. And this is the whole premise of a speaker ‘range’. In a nutshell, a speaker’s suitability for a space is fundamentally related to the size of the room it inhabits: there’s no point putting dual 15-inch cabinets in your room if it’s tiny. Apart from physically taking up half the space and being impossible to position, they create an acoustic nightmare by pumping frequencies into the room that the space cannot reproduce. Similarly, you can’t expect a tiny speaker to provide distortion-free, high SPL, balanced sound in a large monitoring environment. Based on this simple rule of thumb, the 8020As are ideal for any smaller monitoring space where the speakers are typically one to two metres from the listener.

In a small- to medium-sized room the 8020As work a treat. With their brilliantly designed rubber ‘feet’ that allow the enclosures to be tilted safely and securely at a slight angle (up or down), these pint-sized Genelecs are one of the most ergonomic and strikingly elegant monitors on the market. The feet – or Iso-Pods, as they’re called – isolate the speakers from the ‘ground’ to improve their efficiency and minimise coupling, but what they also do brilliantly is turn the speakers into impossibly cute pets. I can’t take my eyes off them! I keep imagining that if I look away they might decide to waddle off! I must give them names…

Like so many small speakers on the market today, the 8020As have one eye on the surround market, and thus possess small ‘room response’ switches that are deeply recessed into the rear panel to protect them from meddling hands – in fact, you almost need a locksmith to adjust them! In fairness, they’re really designed as ‘set and forget’ controls, not ‘tone’ controls, hence the difficult access. The switches include a bass roll-off that Genelec advises should be enabled when a sub (preferably its 7050B) is connected to the system. A ‘treble tilt’ switch provides attenuation of frequencies above 5kHz – I know this may seem implausibly low, but this is only where the angle of attenuation begins. The ‘tilt’ provides a subtle 2dB cut by the time it reaches 15kHz (and probably 3dB at 20kHz). ‘Bass tilt’ switches contour the bottom end in similar fashion, providing up to 6dB of attenuation at 100Hz in 2dB steps. Personally I found these switches immediately reduced the 8020As to ‘small’ speakers (at –2dB), ‘thin’ speakers (at –4dB) and ‘mildly horrible’ speakers (at –6dB). Although, admittedly, this was in an accurate acoustic environment that didn’t require their adjustment, nor was there any sub present.

The only concern I really had with the 8020As was the infinitely adjustable volume control on the front, which makes accurate balance between left and right nigh impossible (except when the dial is turned to ‘full volume’). I really find this sort of control difficult to abide, particularly when it cannot be bypassed. In mastering sessions I am constantly compensating for left/right imbalance in mixes and I reckon the fewer places where ‘free-wheeling’ stereo can occur the better.

For the task they are designed to perform – nearfield duties in a smaller room – the Genelec 8020As are remarkable little speakers. Beautifully, elegantly and solidly constructed, they’re well worth having a listen to if you’re in the market for small nearfields. And they’re so cute. Every time I see them I want to pat them on the head! 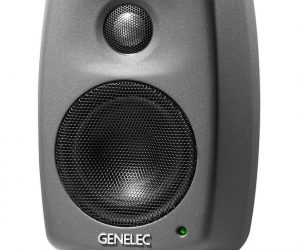 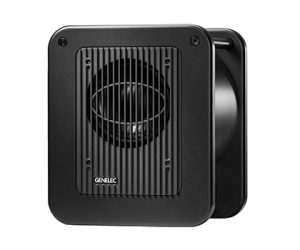 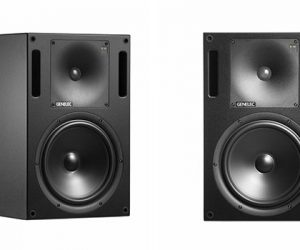 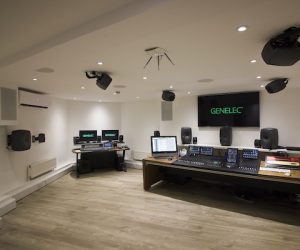 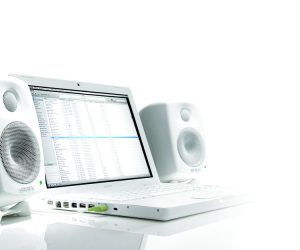 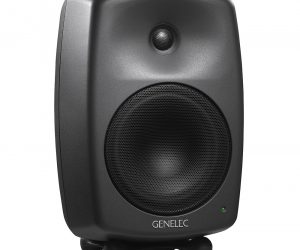 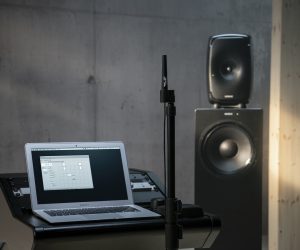 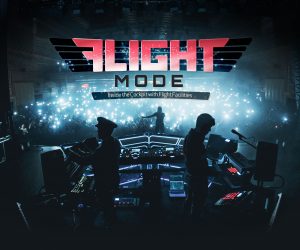 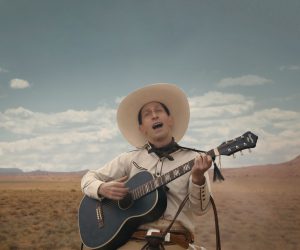 PARDNER’ING UP WITH THE COEN BROTHERS 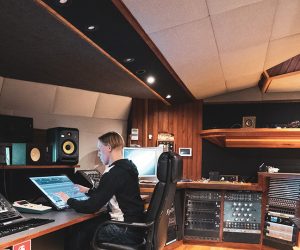