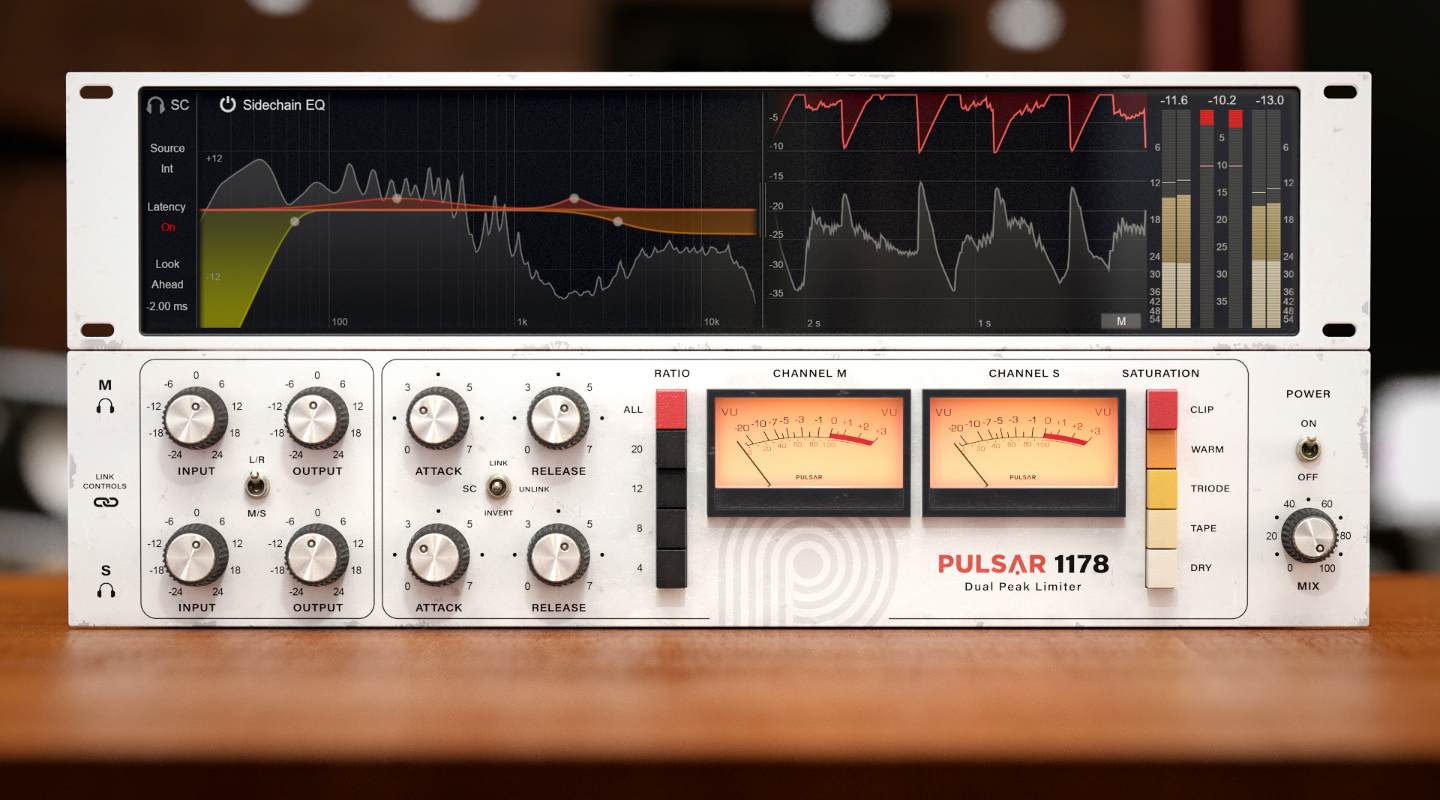 Pulsar Audio and Plugivery Distribution announces the availability of the Pulsar 1178 – FET Compressor plug-in. Available from February 16th, 2021, in AAX / AU / VST2 / VST3 formats for Windows and macOS platforms, at the intro price of $89.

Pulsar 1178 is the fruit of all Pulsar Audio’s esteemed efforts, to create “the most versatile FET Compressor” that eats transients for breakfast. The 1178 is a rare and expensive legend of the recording studio, cleaner and more versatile than its older brother, the 1176.

Pulsar’s software meticulously recreates the original hardware in its tonal colour and compression character. But, they’ve also taken the Pulsar 1178 further, adding all the features you would expect from a modern, versatile tool, including:

FET compressors take their name from an electronic component called a Field Effect Transistor (FET), which is at the heart of the gain reduction system. These compressors generally offer a much faster action than other compression technologies (vari-mu, for example), and have a rather warm and rich sound character.

FET compressors do not usually have a threshold control, as the threshold is fixed. The compression level is adjusted by playing with the input gain of the compressor.

The 1178, released in 1968, is a stereo version of the mythical 1176 (present in studios all over the world); however, it does not have the input transformer and the class-A circuitry present in the early versions of the circuit (this is revision H), which gives it less warmth, but more transparency and therefore more versatility, while keeping the legendary punch.

This versatility will enable you to use this character compressor on percussive elements (bass drum, snare drum), instruments such as guitar or bass, vocals (where it excels), busses (drums, guitars) or even as a master compressor.

Note that, as on the 1176, it integrates the famous “All-buttons” mode or “British” mode, which makes to possible a compression ratio close to a limiter, and most importantly, the characteristic musical distortion of this mode.

An introductory promotion shall be available from February 16th, 2021, through March 14th, at the highlighted price above.