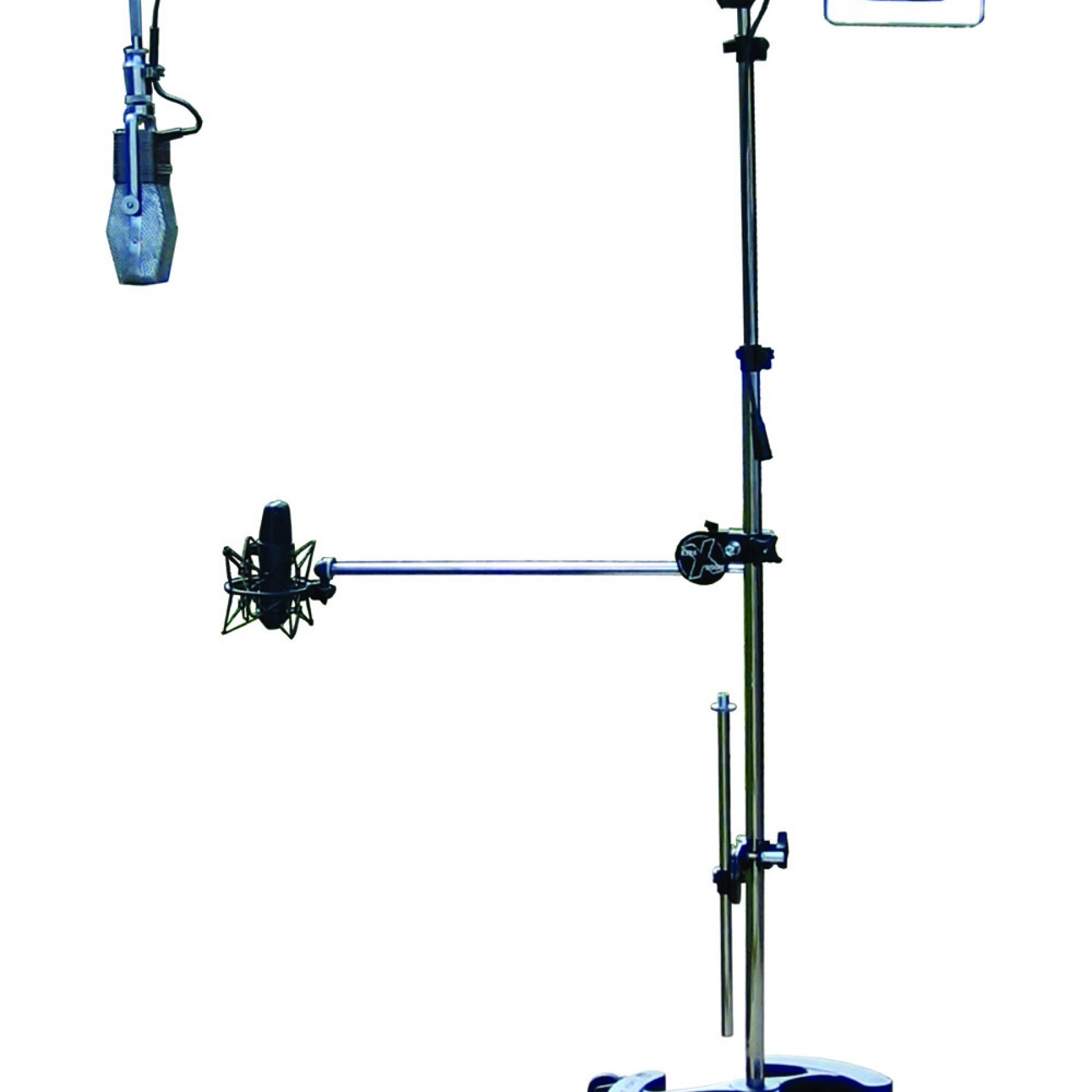 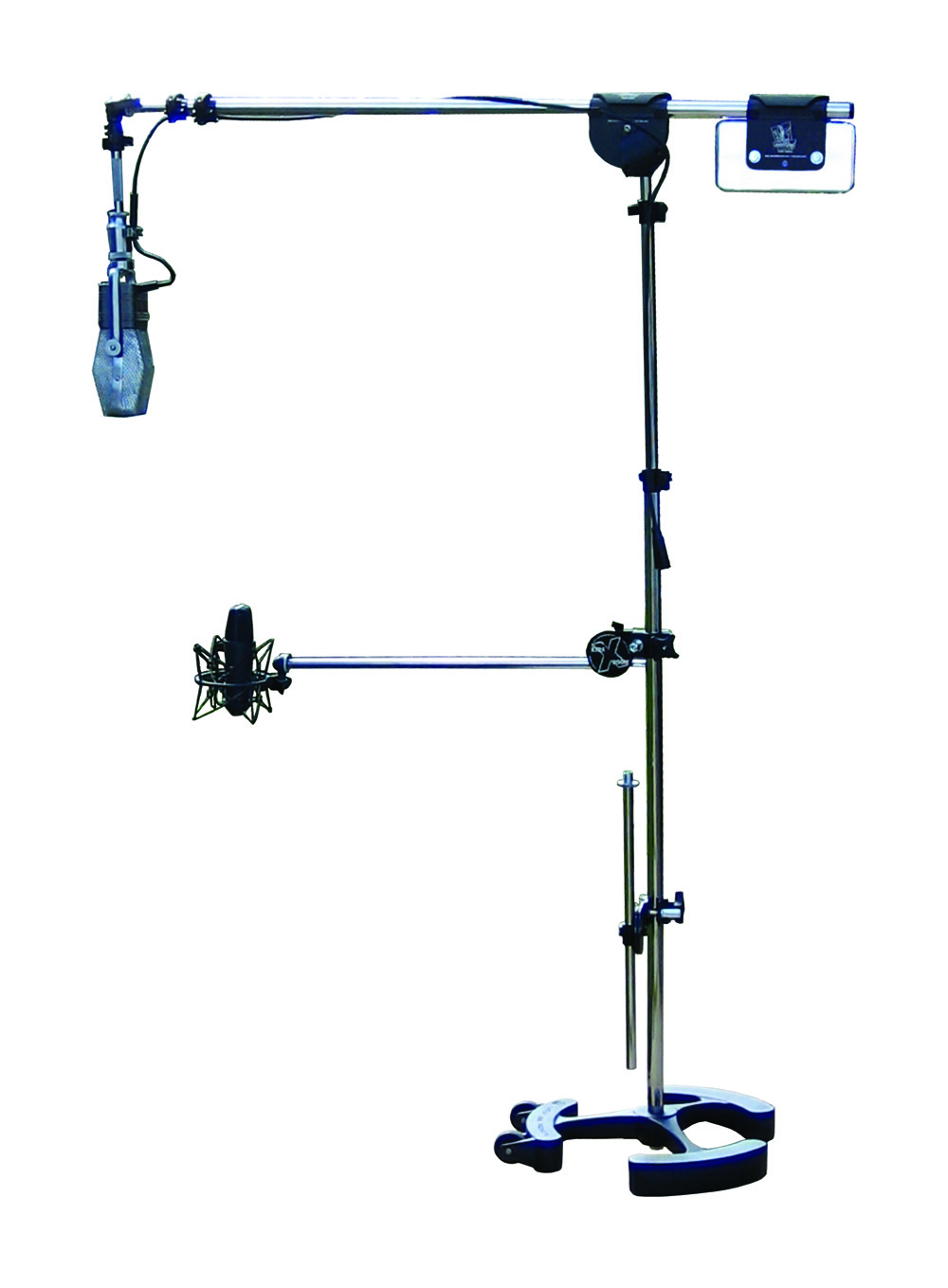 Latch Lake Music is a small company from Minnesota, USA that’s best known for its guitar slides. It’s now branched out into the production of the micKing microphone stand. The micKing is best described as a new solution to an age-old problem: holding up heavy microphones such as large diaphragm condensers and ribbon mics. Traditionally, huge boom stands with large counterweights were regularly used to carry mics safely and securely high into the air or across the recording room of large studios. But most project studios are usually too small to house these old behemoths. Enter the micKing.

The micKing has an ingenious and suitably heavy base with wheels that project sideways off one end so the stand can be tipped and wheeled around easily. The stand’s base weighs approximately 13kg and the main boom counterweight 4kg, so even a heavy stereo combination of two Coles 4038s, for example, is easily and adequately suspended.

The rest of the stand is made from chrome telescopic tubing and there’s also a stainless steel, forged mic attachment stem that is undeniably strong and bend proof – and is more reminiscent of something typically found on a drumkit than a mic stand. The micKing extends from 1.2 metres to 3.2 metres vertically and the boom arm extends from one metre to 2.9 metres. Probably the most notable aspects of the stand are the alloy clutches that tighten (and release) the moving components. These have adjustable steel screws so each one can be set at the desired tightness. The ‘brake pads’ that provide the grip at the point of contact are made of a carbon-based material, which makes for an incredibly sturdy lock and stops any scratching on the boom arms. There’s also an optional second boom arm that attaches to the main stand, which works well and provides a great multiple miking solution from the one stand.

The micKing held up Neumann 47s and 67s with ease (and even an old RCA 44 ribbon mic that I normally hang from a combination of three stands!). The mechanisms are easy to get used to and gentle on the hands – a great (albeit expensive) stand that will help protect your valuable mic from hitting the deck, client or priceless grand piano! – Calum Orr