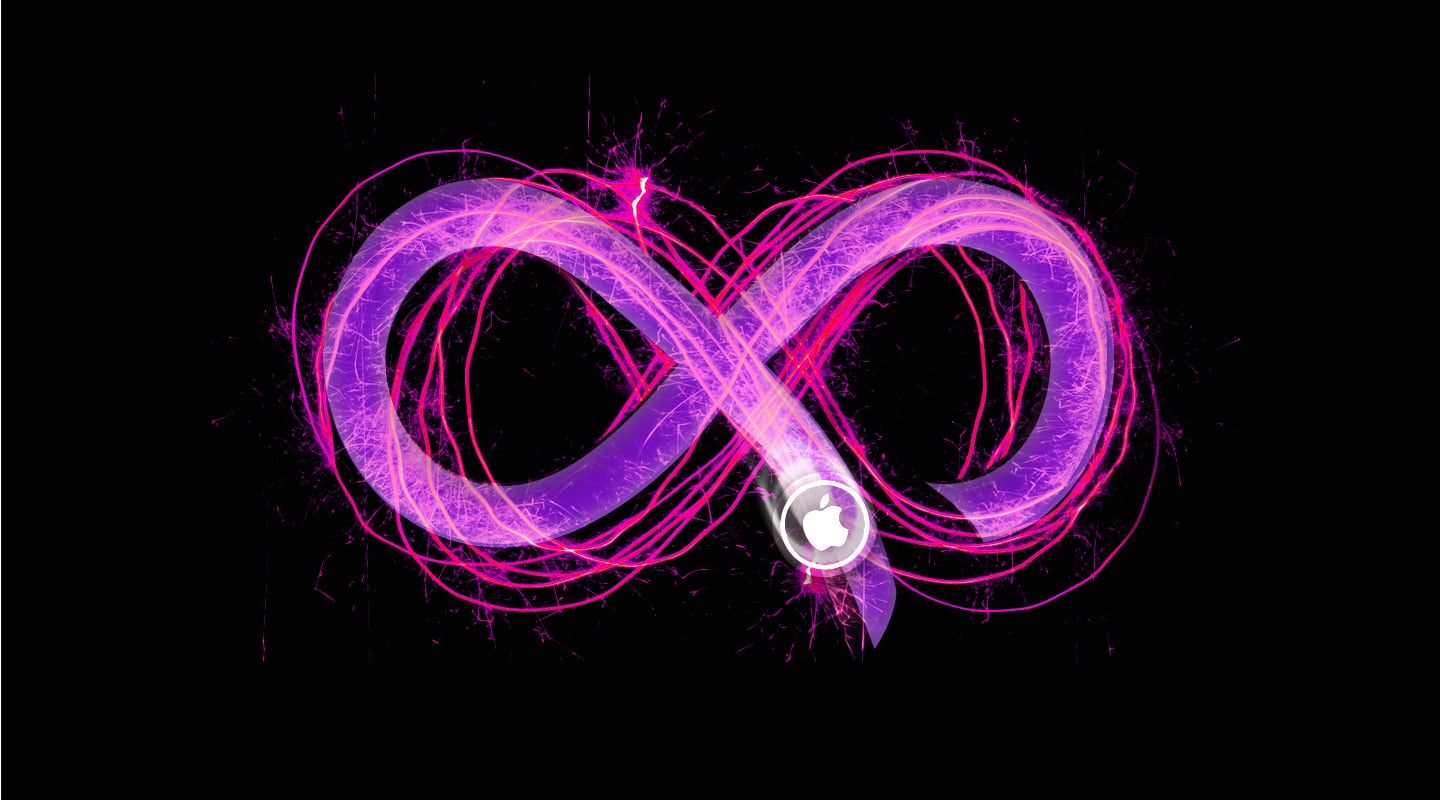 Back to the beginning of Infinity Loop.

Hands up who wants an iPhone X! Go for it. I’ll sit this one out. The iPhone X has been targeted as the most breakable and most expensive to repair phone in the history of earth by U.S. insurers, SquareTrade. Fair enough, too. I’ve seen a lot of broken iPhones, and those that break most often have glass backs like the iPhone 4. Yet both the iPhone 8 and iPhone X are made of glass to accomodate the wireless charging system. I hate Lightning cables like the next iPhone user, but making a phone from glass to avoid a cable seems foolish. Frankly, every first model of anything turns out to be a lemon: VN Commodores, AU Fords, Camira, anyone? They’re all experiments, tested out on a public that’s happy to fork out for the test run. The iPhone X is exactly that; an experiment. With unproven facial recognition and Apple’s first stab at an OLED screen. It’s an attempt to be seen as innovative. I’m literally not buying it. I’ll grab an iPhone 7 when my 6 carks it.

If you’re wondering why I’m Apple bashing, I’ll explain. I regretfully feel Apple is losing its way, again. Back in the early-to-mid 1990s, under the direction of CEO John Sculley, Apple had a plethora of designs under the Quadra, Centris, and Performa lines. Amongst those core lines was a profusion of models with slightly varying specifications. If you include the Newton PDAs and Mac laptops, Apple had 39 different machines to choose from, all with various mixtures of Motorola 68040 and 68030 processors. The company was punching in the dark, hoping something might stick and help reclaim the market share it was quickly losing to IBM and Microsoft. In 1994, Apple made its move from Motorola 68040 processing to RISC-based Power PC processors, yet it was still attempting to market no less than 43 different designs. Apple even went so far as to licence its architecture to third parties for the production of Mac clones (they were predominantly rubbish). That period is well known to be one of Apple’s darkest times, with every possibility the company would trip over its feet and hightail it into a ditch. That is, until Steve Jobs inveigled his way back in on the back of his NeXTstep operating system. Apple acquired NeXT and the NeXTstep O.S. became the footing of what is now macOS.

From 1997 onward, Steve Jobs set about killing off the clone manufacturing, and then took a stick to the burgeoning range of 48 different Macs. 1998 saw a reinvigorated Mac range consisting of 16 different desktop and laptop machines; the abolition of the 68040 in favour of G3 PPC processors; the introduction of USB and home-friendly iMac colouring; while at the same time exterminating the superfluous 3.5-inch floppy disk. Now Apple could concentrate on doing a few things well, rather than throwing ideas against a wall hoping something would stick. Things were looking up.

From that point Apple kicked a flurry of goals. It totally abolished the floppy disk, moved to a far superior CPU than the somewhat-too-hot PPC G4 and G5 to the Intel CPUs. It sent the music industry back to the drawing board with the release of the iPod and iTunes in 2001, in 2007 set the mobile phone industry on its ear with the release of the iPhone, and then altered the publishing landscape (again) with the release of the iPad. Even the Apple TV added further facets to the company’s lustre. These landmarks have made Apple the largest publicly traded corporation in the world (by market capitalisation). As of February this year the company is valued at somewhere around the US$695 billion mark — just so we’re clear, that’s 695,000 million dollars.

Of course, Steve Jobs passed on in late 2011, but all Apple’s products owe their genesis to the work of Apple’s inimitable founder barring one exception; the Apple Watch. Here’s the thing though; and it’s why I feel somewhat disenchanted with Apple’s current trajectory. The company again seems rudderless. The Apple Watch was the first ‘groundbreaker’ since Mr Jobs’s departure, but it feels like something the company released to prove to the world it could come up with yet another disruptive device — when it simply isn’t. Why? Everyone’s still trying to work out if the Apple Watch is useful or not.

If you have a look through Apple’s product range you’ll notice how many strains and variants are on offer. There are two MacBooks, two MacBook Airs, five MacBook Pros, six iMacs and the soon to be released iMac Pro, two Mac Pros (and an utterly neglected professional fraternity), three Mac Minis, two iPad Pros, one general admission iPad and an iPad mini. There’s no less than eight different iPhones still available new, an HD and a 4K Apple TV, an Apple TV game controller, five different Apple Watches, and all these have innumerable configurations of memory, drive space and GPU options. We’re tracking no less than 41 Apple devices orbiting 1 Infinity Drive. Feels like the old days.

I think you’ll understand my concern. 41 devices and umpteen flavours of each looks so very much like when Apple lost its marbles back in the ’90s. Sure, Tim Cook has been lauded for his penchant for logistics, but he’s not the visionary Steve was. What’s next? Really. Or are Apple’s best days behind it?