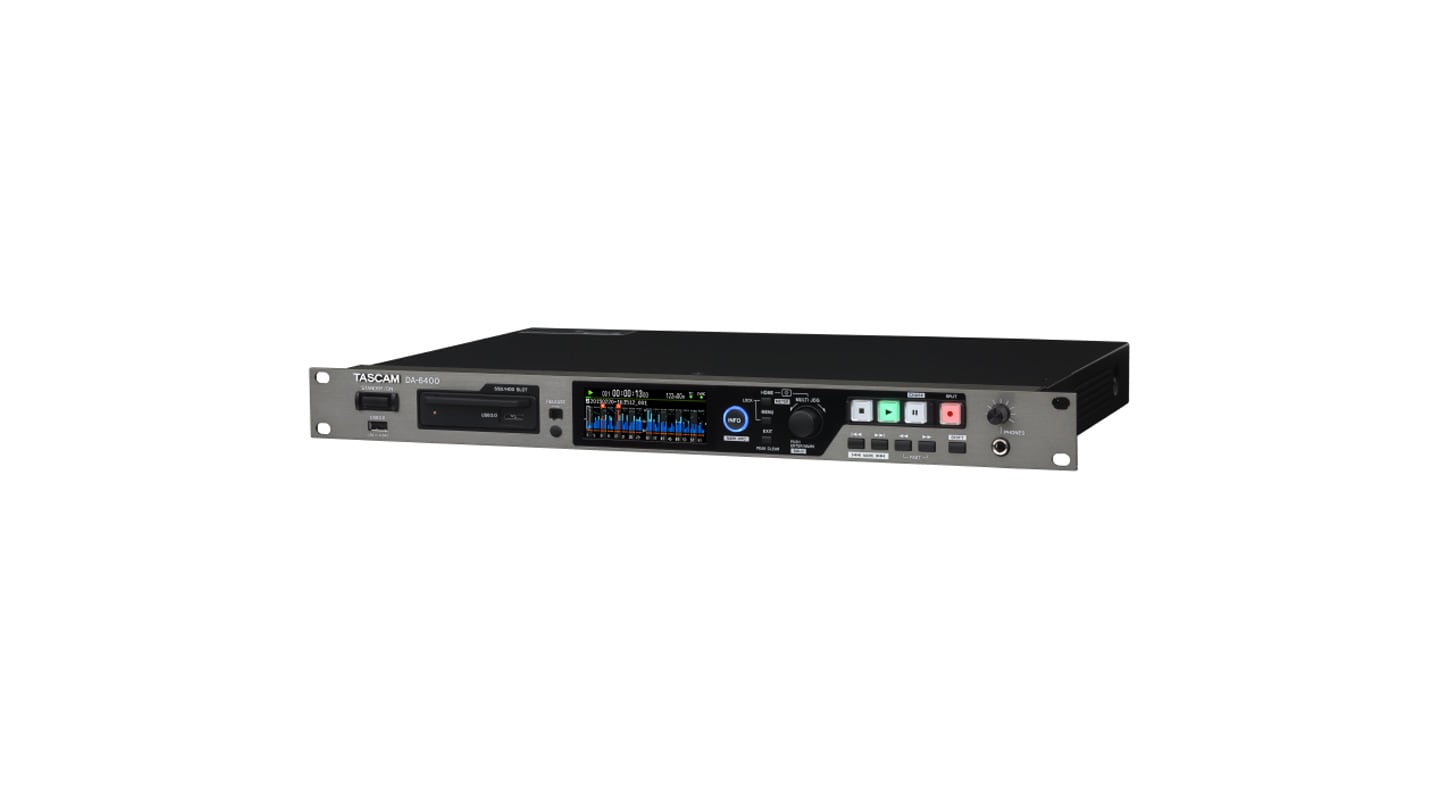 The new Theater Play function enables DA-6400 users to set Start and End marker points for individual Takes. These markers allow theatre operators to trigger multichannel events manually, or via external control, after which the system automatically proceeds to the next scheduled cue and waits patiently in Standby mode. This potent feature enables venue designers to easily combine audio, lighting and scenery cues into a single, easily controllable experience.

Other new functions include playback of WAV files in 32-bit PCM and 32-bit floating for­mats, sorting functions that allow the take list to be arranged in Take timecode or Take name order, and mDNS support so that network connection with the DA-6400 can be achieved from Mac OS and Telnet, or VNC and FTP apps that support mDNS.