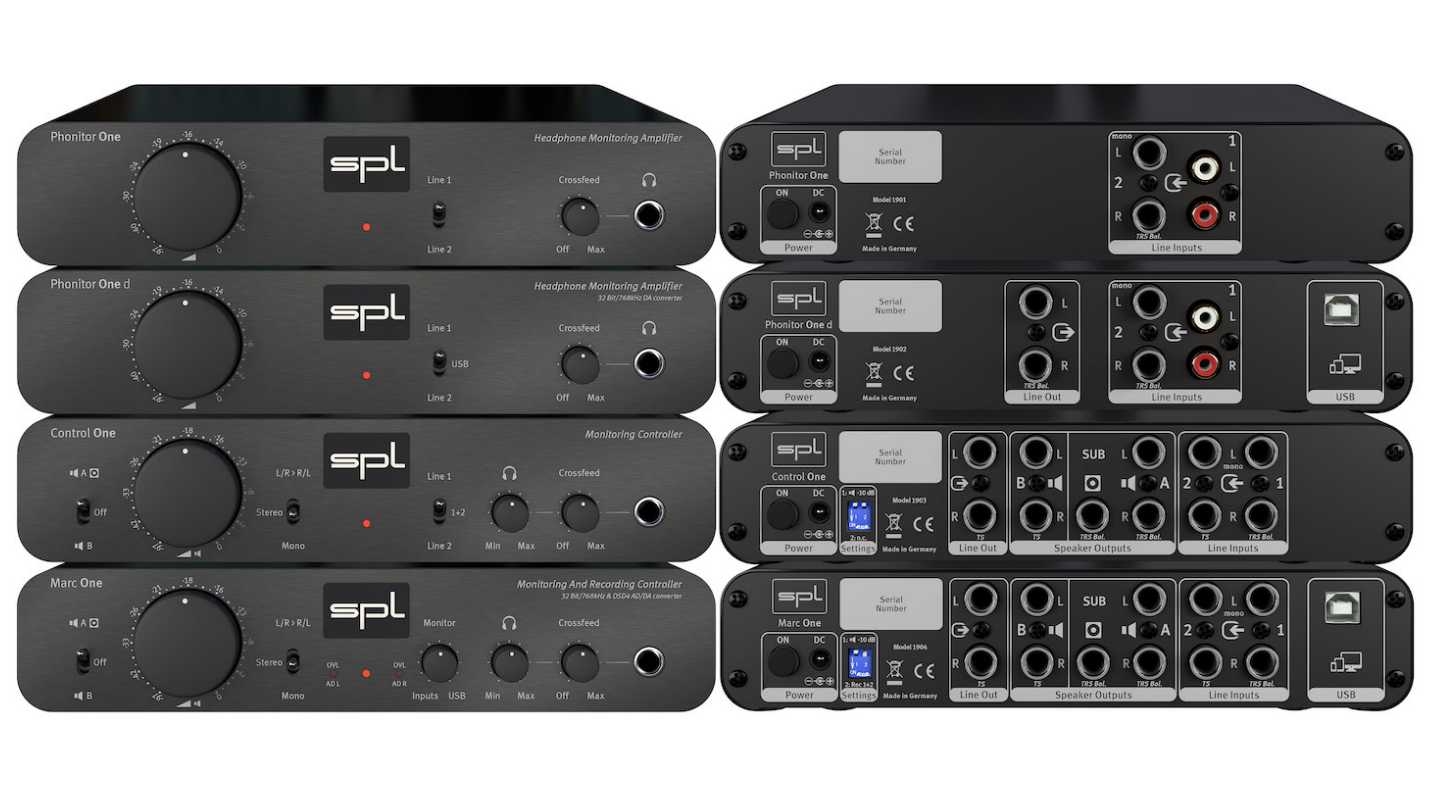 The product team at Sound Performance Lab have released a two additions to the line, Control One & Marc One monitoring amplifiers

SPL’s philosophy when creating the Series One was to capture the pristine sound and performance of their flagship pro audio tools, scaled down to a desktop-friendly design and with an affordable price tag to appeal to their ambitious followers.

With an audience built around professional recording studios, musicians, music lovers and media creatives, the Phonitor and Phonitor One d aim to serve headphone duties; where as SPL’s newest additions are aimed squarely at monitor and recording control.

Introducing Control One & Marc One

The Control One and Marc One models both draw from SPL’s already renowned experience in monitor controller technology.

Marc One extends the feature set of Control One by harnessing the power of AKM’s acclaimed AK4490 Velvet Sound Chip within its DA conversion stage. This enables playback and recording resolutions of up to 768kHz / 32 Bit as well as playback via Direct Stream Digital up to DSD4.

Each device is also software class compliant enabling seamless integration with Mac and PC platforms, as well as many mobile devices via USB camera adaptors.

“I am excited that with the Series One we have developed a new product line for the ambitious sound creator. It was a challenge to bring the famous SPL sound to this series – I’m really proud of the result – it’s something you can hear and see.” Jens Gronwald – Developer, Sound Performance Lab