0 SHARE
Read Next: A NUTUBE FOR A NEW AGE IK has announced the IRig UA, a universal guitar effects processor and interface for Android, along with an update to its GrooveMaker app for Android.

The company says that the IRig UA has near-zero latency (2 ms round-trip total latency) that’s independent of the make and model of the connected smartphone or tablet. The reason for this due to moving the DSP (Digital Signal Processing) from the Android device to the rig itself.

Featuring a built-in 32-bit DSP, a 24-bit A/D converter, 44.1/48KHz sample rate, a low-noise instrument preamp and compact enclosure. Including a 1/4” input for a guitar, bass or other line-level instrument, a micro-USB to OTG cable and an 1/8” headphone output with volume control. It also sports a 1/8” AUX input t

It’s compatible with all Android 4.0 (or higher) devices, that support USB host mode/USB OTG and can also be used as a digital recording interface when connected to a Samsung Professional Audio compatible device using Android 5.0.

Also released is the IRig’s companion control app AmpliTube UA, which is a full-featured version of the popular guitar and bass multi-effects processing app. Users can create and process their guitar or bass rig with 3 stompbox effects, an amplifier, a volumetric response modeling cabinet, a microphone and a tuner. The app also provides a graphical interface to edit the guitar rig and save or recall presets. The original GrooveMaker app has been downloaded almost 3 million times on iOS, and the updated version is now available to smart devices running Android 4.1 and above.

The app allows users to manipulate pre-arranged sets of loops in real time using (what the company calls) its  “groove generator” technology. The loops have been created to sound good together, and they come in packs of loops (organised as song packs), with multiple musical styles to choose from, such as House, Dubstep, Hip-Hop, Techno, Trance, Electro, Drum and Bass, Reggae, Reggaeton, Rock and more. There’s signature song packs from artists like Ace from Skunk Anansie, Chris Domingo and Cool & Dre.

Each song contains over 60 loops in categories such as kick drums, basslines, pads, effects, and percussion. You can also import your own loops from your music library.

You can use its Randomix feature to create some interesting combinations or draw in your own grooves via the grid interface. Controls include groove length, time-stretch, lock, solo and mute loops, change volume and panning and you can save your favorite sequences for later use.

When combined with IK’s iRig MIX, the app’s X-Sync feature detects the BPM from an external audio source and automatically syncs to that beat. Effects include Filter, Delay, Stutter, Flanger, Crush and Noise, as well as a number of unique effects like Twist, Brake, Spin and Tail.

GrooveMaker 2 is available now for Android on the Google Play Store (link) for A$12.99. A free version is also available. 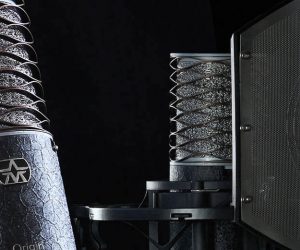 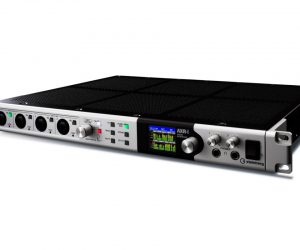