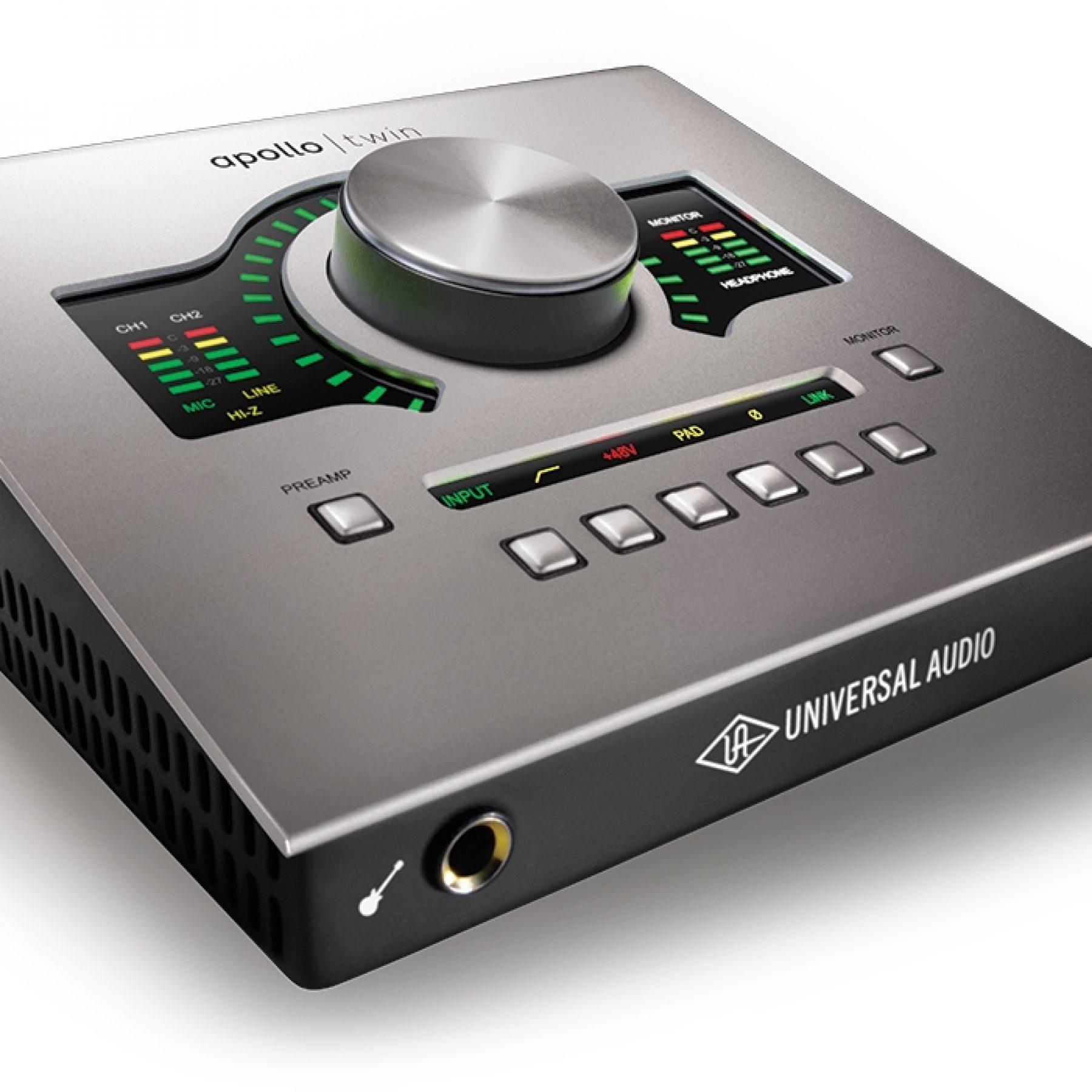 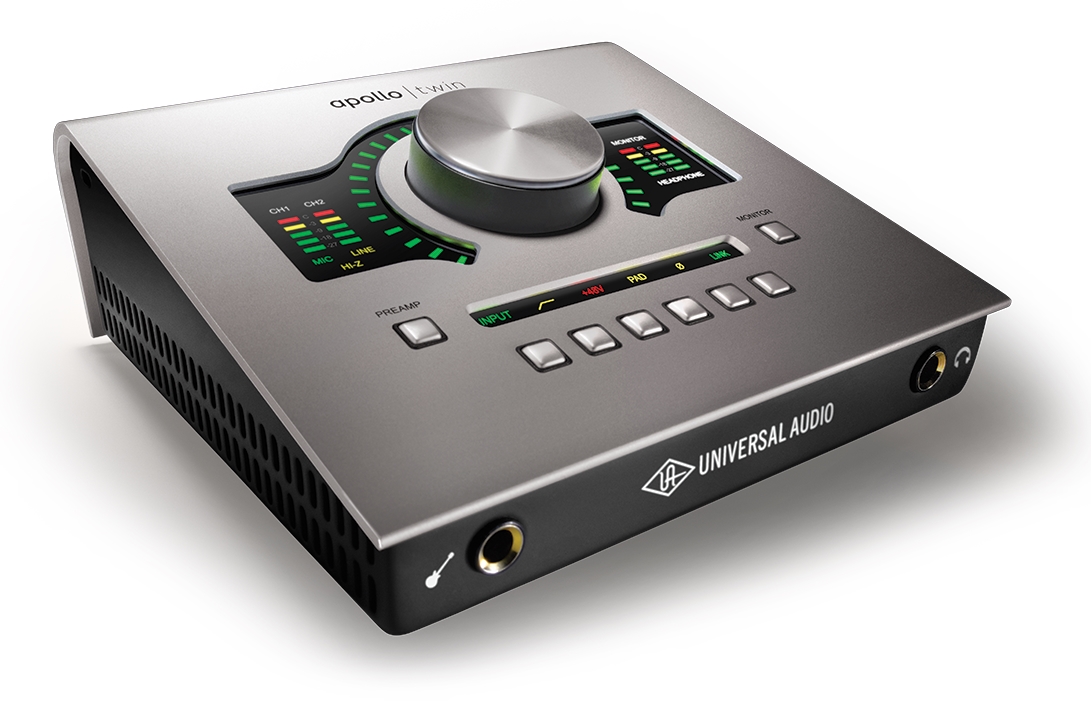 Universal Audio has a knack for designing gear that looks so cool that you worry about the specs and features after you’ve decided you want one. The new Apollo Twin High-Resolution Desktop Interface with Realtime UAD Processing is no exception. The 2×6 Thunderbolt audio interface uses the same 24/192 kHz audio conversion of UA’s existing Apollo series with onboard Realtime UAD SOLO or DUO Processing. The Apollo Twin is a desktop design, with front panel headphone and instrument connections suggesting a quick plug-in-and-play whenever inspiration hits you. However, everything else is on the rear including two XLR inputs, TRS outputs and a 12 volt connection for an external power supply. Apollo Twin ships with the Realtime Analog Classics UAD plug-in bundle – not to be sneezed at – and also introduces UA’s new Unison technology. Built on an integration between Apollo’s mic preamps and its onboard UAD plug-in processing, Unison promises the authentic tone of the most sought-after tube and solid state mic preamps including genuine impedance, gain stage “sweet spots,” and component-level circuit behaviors… yes, microphone preamp modeling. Interesting. Extra preamp models will be released over time and Unison will be available for Apollo Duo and Quad interfaces later, too. Heaps of info at www.uaudio.com