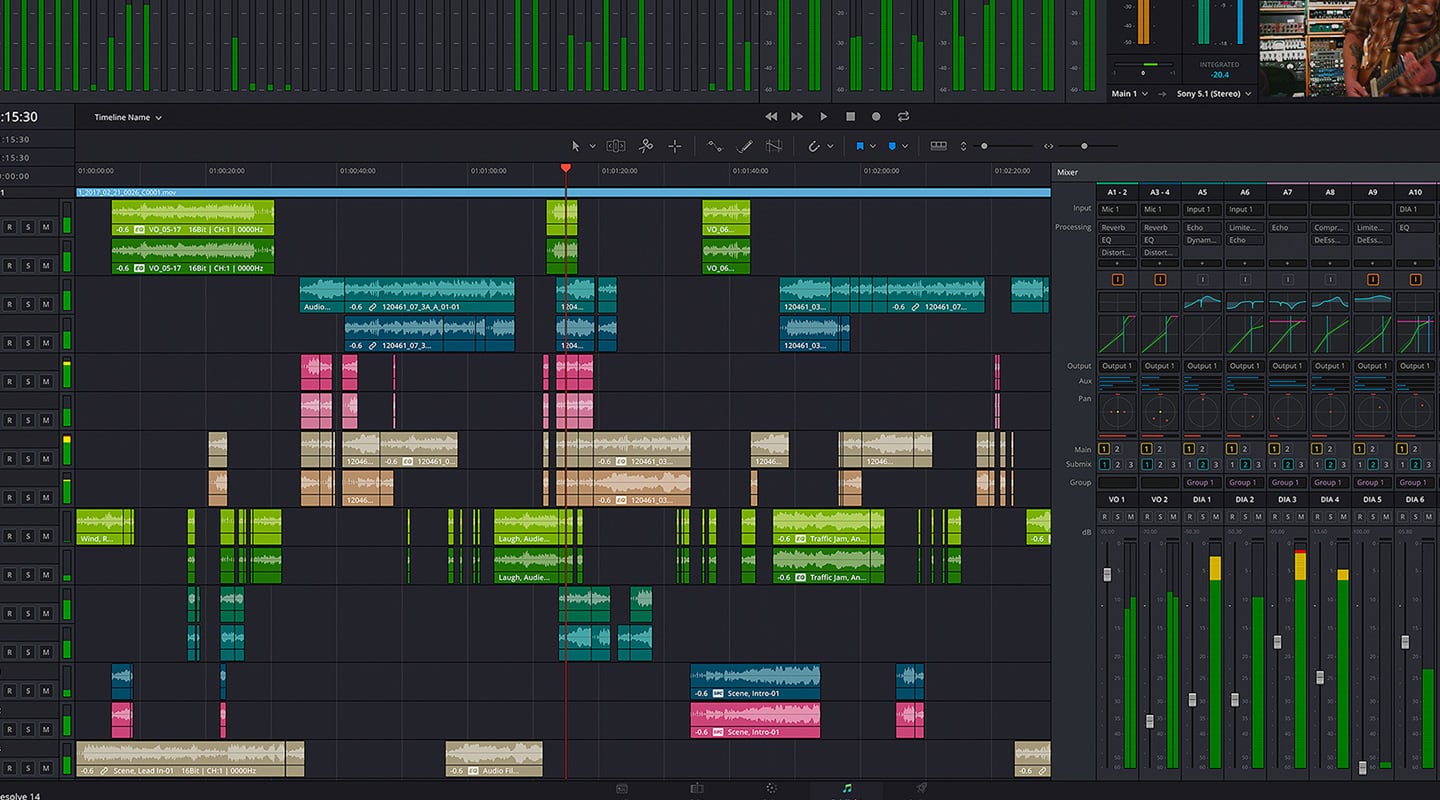 Ed Note: While not strictly an Apple-only column, this is all Mac-relevant. Enjoy Brad’s floor report from the premiere broadcaster’s conference.

Recently I had the opportunity to attend the 2017 NAB conference in Las Vegas. The show is massive, with around 1700 exhibitors and approximately 105,000 attendees throughout the four days open to the public. It’s a good few kilometres from one end to the other according to my pedometer, which tallied up over 7km/day for my stay. While the conference primarily encompasses the broadcast industry, there was plenty on show of interest to the audio world.

Possibly the largest press conference of the show with 1300 attendees was Avid’s Connect 2017 event. Avid was pretty excited about the recent additions to Pro Tools, the most heralded addition being the integration of Dolby Atmos with Pro Tools HD. This has been a long time in the making; Avid announced the partnership with Dolby around two years ago. It’s taken this long for both teams to integrate the 10-channel Dolby surround system into ProTools, so as you’d imagine the integration is quite ‘deep’, to quote Avid. Dolby Atmos uses 10 channels, arranged in what’s termed as ‘7.1.2’ – seven monitors for the surround channels, a single LFE or sub channel, and two additional channels above the mixing space. These ‘above’ channels are crucial to the immersive audio field created by Dolby Atmos. It’s worth noting, there’s more to Dolby Atmos than film post production. Technologies such as this are primed for use in the fledgling virtual and augmented reality fields. VR/AR offers unimaginable prospects for audio creatives — get in on the ground floor, as ‘immersive audio’ is opening countless possibilities in current and yet-to-be-imagined media channels.

While still on the Pro Tools front, the entry-level, free of charge version, Pro Tools First, is getting an overhaul. Avid Cloud Collaboration will make its way into Pro Tools First, allowing users to collaborate via cloud-based storage services. Alongside this announcement, Avid revealed a strategic alliance with Microsoft, naming Microsoft’s Azure cloud is its preferred cloud hosting platform. This won’t mean you’ll be locked into Azure for Cloud Collaboration in Pro Tools as Avid is committed to allowing users to use their choice of cloud platform. Pro Tools First will also gain the ability to freeze audio tracks. Track Freeze will be important to those working with less than optimal computers, and when locking in projects before porting over to other studios and collaborators.

Avid also announced a new ‘First’ application to be available in June. Media Composer First will be a free of charge version of Avid’s video editing platform, Media Composer. Now, if you’re like me, and do the odd video editing job here and there, it’s difficult to find a decent editing platform you can return to that offers good audio editing features. I inevitably edit in iMovie then port the whole job over to Logic Pro X. It’s an unnecessary step, but one I have to make as I don’t own Final Cut Pro. Media Composer First is purported to offer four video tracks and eight audio tracks. All with the same editing features as the bought version. I’ll be jumping on this as soon as possible as I loathe the audio ‘features’ in iMovie.

Which brings me to another video editing platform, Blackmagic’s DaVinci Resolve. The NAB show was Blackmagic’s stage to announce a public beta of DaVinci Resolve 14, following the company’s previous version 12 (I’m told version 13 didn’t feel safe for a company called Blackmagic). Now if we cast our minds back to September 2016, Blackmagic acquired Fairlight — two great Australian media tool companies were rolled into one. Of course, Fairlight’s shtick was audio, so what’s a video editing company want with an audio company and its technology? Well, DaVinci Resolve (and its big brother, DaVinci Resolve Studio) has Fairlight’s audio features melded into the application. That’s not a bad effort for a mere seven months of ownership by Blackmagic.

There’s a stack of tools for recording, editing, busing, mixing and routing, along with the ability to render audio formats such as 5.1, 7.1 and Dolby. You can have up to 1000 tracks with real-time EQ, dynamics processing and VST plug-ins on all tracks when used with a Fairlight Audio Accelerator PCIe card.

Admittedly, DaVinci Resolve is still unashamedly in beta, but like version 12 is a free download, as no doubt the final version will be (DaVinci Resolve Studio with sharing, ultra-high resolution and visual effects is where you’ll need to stump up the bucks). It looks quite promising, and could be the missing link for you if you’re flitting between music and audio production for film and television.

Finally, for something not so new but invaluable, check out an app called menuBUS (www.menubus.audio). It’s a fantastic little add-on for routing your system audio output via AU plug-ins. Utterly invaluable for testing plug-ins or doing a quick appraisal of tracks playing within iTunes through what you may end up using for a final master. You can save plug-in settings and setups and it’ll give you keyboard control over your system volume, regardless of the audio interface you use. Well worth the US$39.