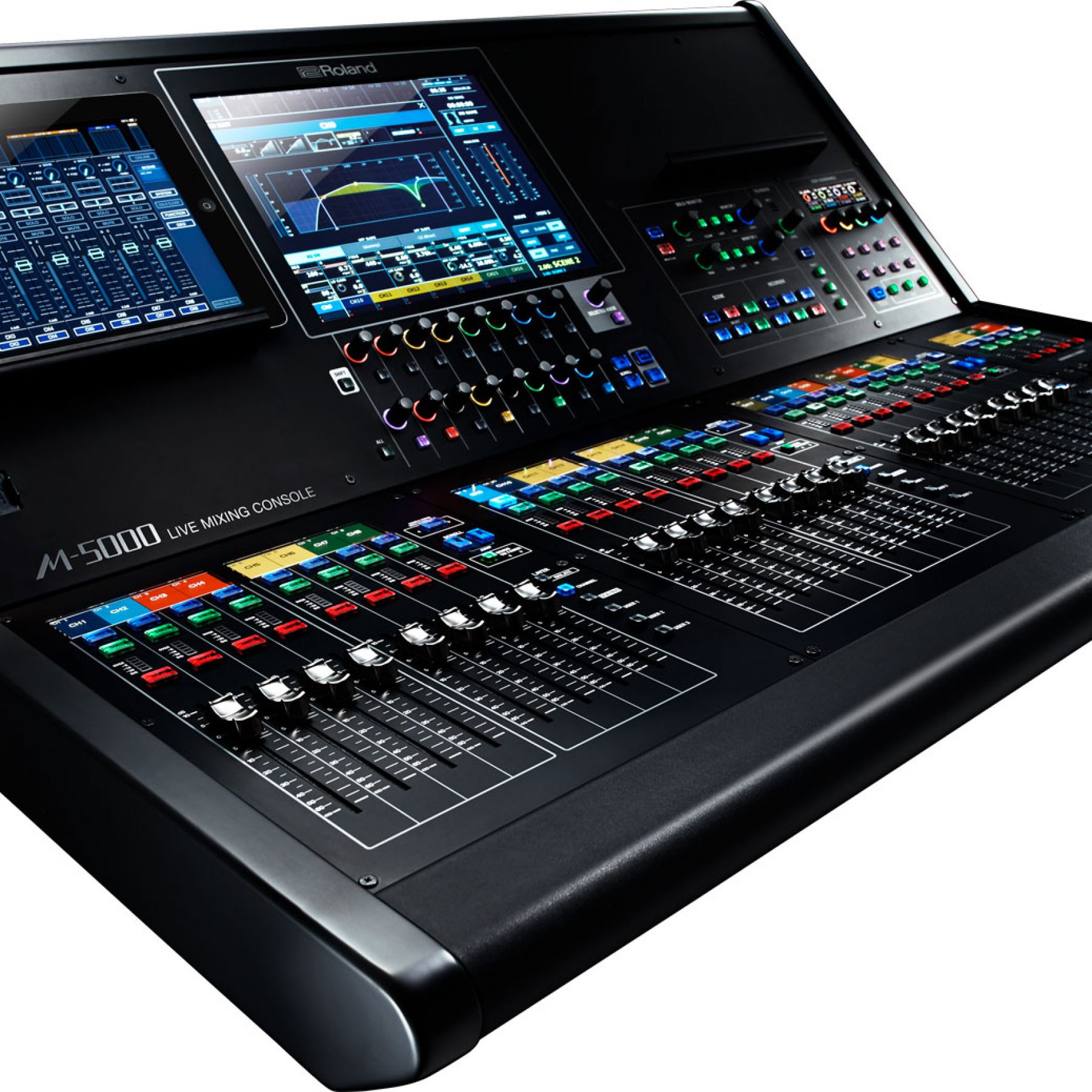 Roland has introduced its new live mixing console, the M-5000, which is an O.H.R.C.A platform, along with Dante, MADI, and Waves’ SoundGrid options.

Essentially, Roland have given users the ability to customise their console to suit the needs of their project or a preferred workflow. By using the “Open High Resolution Configurable Architecture” (O.H.R.C) users can freely assign audio paths for mixing channels, AUXs, Matrices, subgroup buses, MIX-MINUS buses, and other input/output configurations within a range of up to 128.

Features includes 300 inputs and 296 outputs at 96kHz (more at 48kHz), remote control software (Mac/Windows/iPad), two REAC ports, two expansion card slots, a 12” color touch screen, 28 channel faders in four groups (one of which is user-assignable), multi-function knobs and buttons, and “touch and turn”. The user-assignment display uses four coloured encoders and eight buttons in 3 banks. The back panel includes 16×16 analog I/O, 4×4 AES/EBU, a 16×16 USB audio interface, you can control it via an iPad or via footswitches, GP I/O, RS-232C and MIDI. You can also be patched directly to one or more outputs without having to use up a mixing channel, e.g. for comms, tielines, click track, etc.

The console also allows a single mixing channel to have three assigned inputs: primary, backup and one for playback/record. Each channel includes 4-band PEQs, 31-band Graphic EQ (or 8-band parametric EQ) and two dynamics processors. In addition to 8 stereo effects processors with vintage Roland and Boss effects, with Mains support for 5.1, LCR, LR, plus surround panning and stereo downmix. It’s also compatible with Roland’s digital snakes, and other peripherals.

Adding peripherals really makes the console come to life. Teaming it up with an M-48 mixer, placed on top of the console connected to hybrid monitors, means that when you select a musician (via the console screen list), the M-48 will mirror itself to that position. Both console’s line outs can be connected to one of the monitor busses, enabling users to flip back and forth between musicians on aux busses and musicians on personal mixers. Another example is combining it to the R-1000 48-Channel Player/Recorder, when inserted between the I/O and console, you’ll get preamp compensation on gain changes, along with full control of arming track, routing, starting, stopping, in addition to playback for soundchecks/training. All the through the identical signal chain as your live sources without having to patch anything. 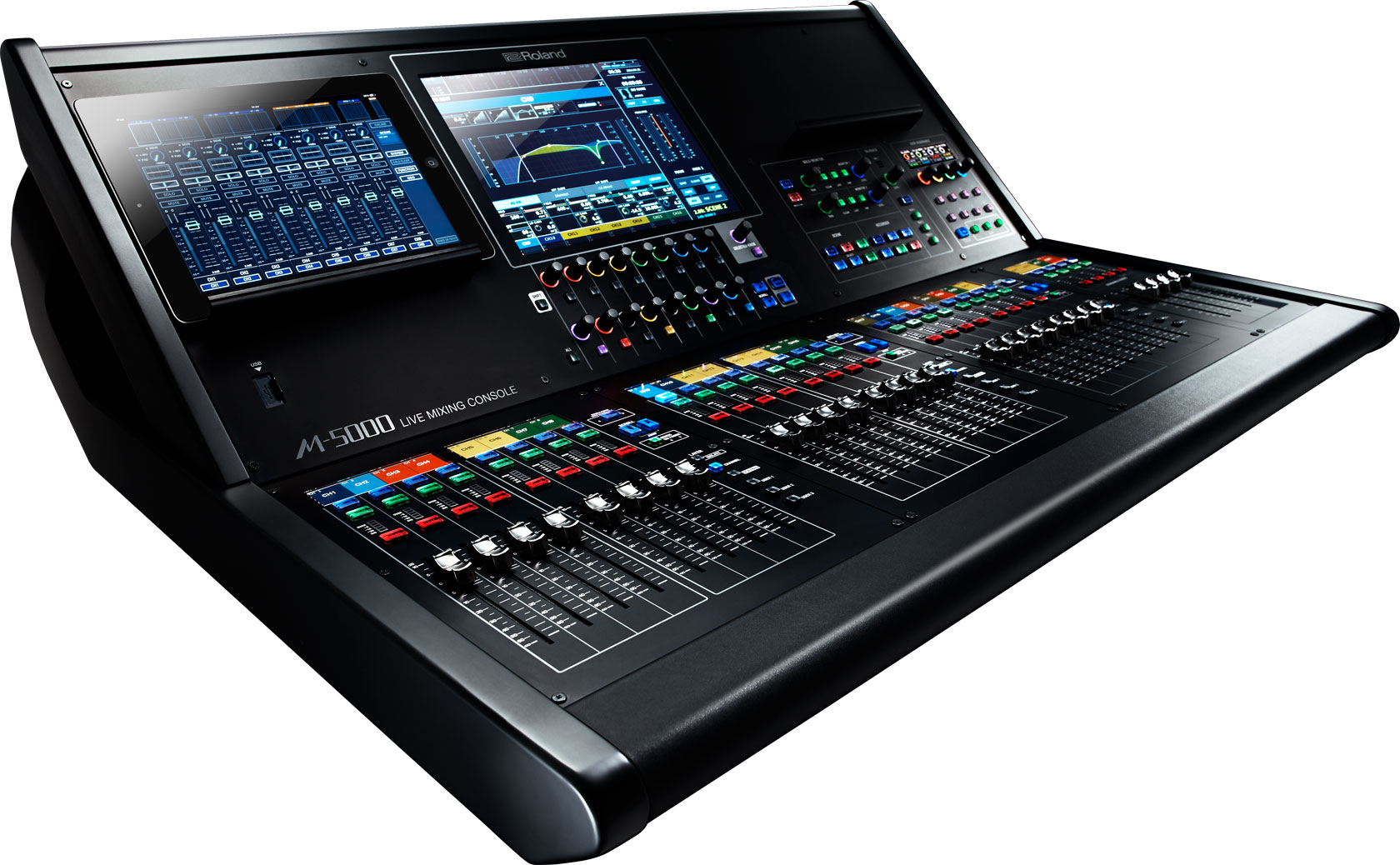