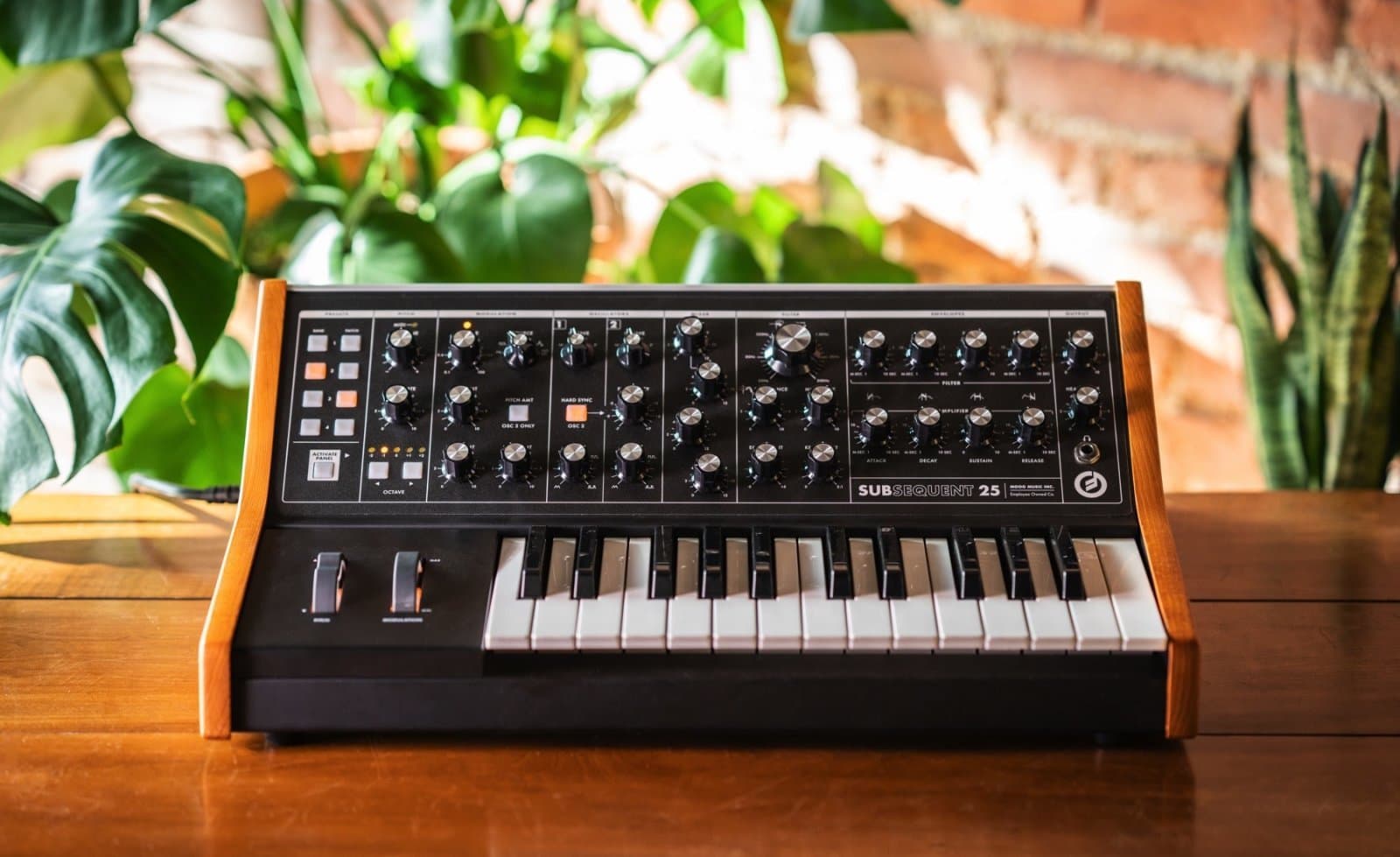 Based on the Sub Phatty, Moog has launched its new paraphonic Subsequent 25 synthesizer.

Subsequent 25 is a portable two-note paraphonic analogue synthesizer, based on the award-winning Sub Phatty sound engine. It also happens to be Moog’s most compact synthesiszer to date, showing Moog’s commitment to adapting to modern times while still staying true to its vintage roots.

The synth has two oscillators, as well as a sub oscillator and noise generator. These can be used in Unison mode, in which the three oscillators are stacked, or the new Duo Mode, which is inherited from the Subsequent 37 and lets users play two distinct notes with the individual oscillators.

The Subsequent 25 further modernises the design of the Sub Phatty with the addition of full MIDI implementation for the knob-per-function front panel, and a free editor/librarian application allowing users to save and recall an unlimited number of sounds.

Subsequent 25 has upgraded from Sub Phatty (launched in 2013) with the implementation of wood side pieces, twice the headroom for access to a new range of tones in mono and duo modes, and an upgraded keybed for improved playability. In addition, Moog has reshaped the gain staging in the Ladder filter to boost harmonic saturation and analogue compression, as well as re-tuning the multidrive circuit and increasing the power of its headphone amplifier. MOOG IN THE INNOVATIVE HOUSE MOOG MODEL 15 COMES TO YOUR iPHONE