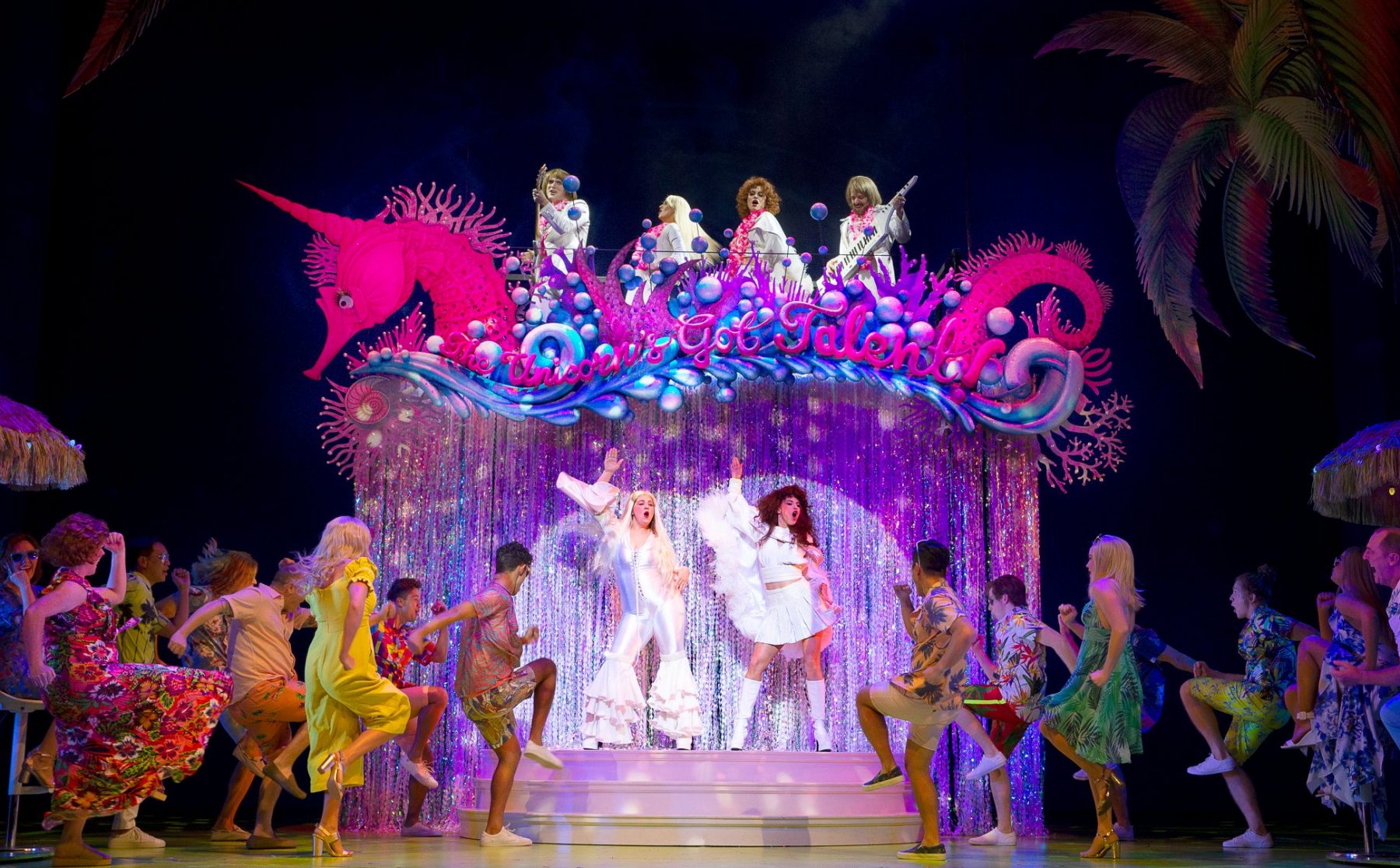 After a first sold-out season at the Roslyn Packer Theatre, Muriel’s Wedding has returned with a Melbourne run finished and Sydney currently packing in the audiences. Next stop is Brisbane for the highly rated production that has grown and changed a little since the 2017 premiere.

Again JPJ Audio are supplying the audio equipment with Michael Waters once again in charge of the sound design, which is quite distinct this time around. Michael won the 2018 Helpmann Best Sound Design for the original production of Muriel’s Wedding.

“Conceptually it’s similar but in terms of delivering the audio, it’s quite different,” Michael clarified. “We have a Clair PA and I believe it is the first time in the world that a Clair Cohesion CO-8 system has been used for theatre.”

Designed for a variety of uses, CO-8 combines very high output, flexible coverage, and premium sound quality into a very compact package. The CO-8’s diminutive size allows for a high degree of flexibility when integrating into virtually any application. Sydney’s Lyric Theatre saw 36 x CO-8 line array speakers utilised, along with four CP-218 subs, and Michael was thrilled by their performance.

“The CO-8 is such a punchy little box, slightly smaller than an L-Acoustics KARA or dV-DOSC, but they’ve got a really good bottom-end and low mid-section,” he added. “In fact it’s so good, I don’t need additional subs! The CP-218 subs are just so powerful I only need four of them; two on the floor and two in the air and the result is phenomenal. It’s a small yet beefy PA that is extremely efficient.”

This show has a wide dynamic range, ranging from ballads to pop/rock songs with a little rap here and there with severe bass drops, and Michael commented that the CO-8 system lends itself well to Kate Miller-Heidke’s and Keir Nuttall’s pop music. Having said that, Michael confirmed that he would be happy to use the CO-8 for most styles of musical theatre.

“The Cohesion Series has interchangeable Hornserts which allow a range of different dispersion flares for the horns,” explained Michael. “So within the arrays (left, right and centre cluster) there’s a range between 80° to 160° which allows incredible coverage right across the room. More to the point, it delivers better localisation to the cast so that your ears aren’t leaping from one cluster to another. The CO-8 really does deliver seamless coverage.”

Delay speakers in the Lyric included 50 x L-Acoustics 5XT with eight more for front fill and a further 32 for surrounds. A couple of Cohesion Series CP-6 self-powered point source loudspeakers and CP-118 subwooofers are used as SFX speakers. L’Acoustics 108P’s are used for Outfills and Michael describes them as the best sounding and most versatile loudspeakers on the market.

Out front, Brendon Gardner runs a DiGiCo SD7T with Michael commenting that they have added more instrument channels, mainly in the keyboard department resulting in eight stereo pairs of keyboard alone across three players and synth bass, played by the bass guitarist. In fact, Keyboard #3 is played by Guitarist #2 …. not confusing for anyone!

“It’s a large show in terms of input tallies with 105 inputs for a cast of 28 and a nine-piece band, indeed up to nearly 150 channels including the Roland M48 mix returns,” he confirmed. “The only outboard device is the TC Electronics Reverb 4000 on the principal vocals with all other effects onboard. The dynamics and equalisers on the DiGiCo range are great. All matrixing is done onboard also, eliminating external matrix devices. Armed with an iPad I can tweak the mixes within snapshots, and system settings all over the theatre easily.”

Also at FOH is a QLab playback rack for sound effects.

The cast utilised DPA d:screet 4061 miniature microphones with one DPA d:fine 4066 omnidirectional headset mic for one scene where it’s rather loud and Michael needs to get the capsule closer to the mouth for gain reasons. 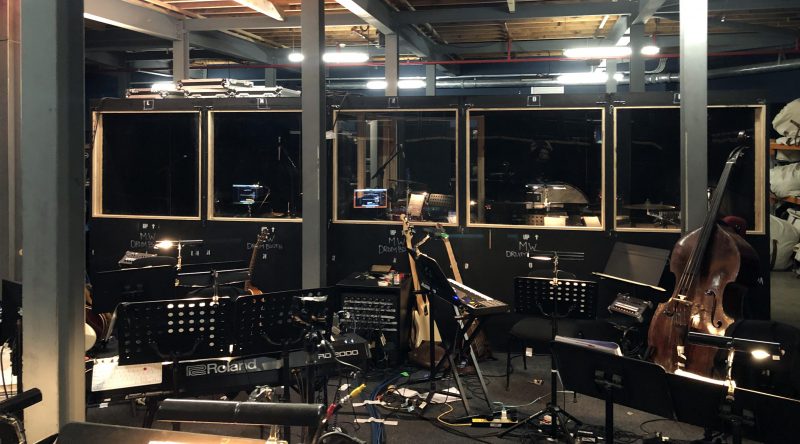 The band have the usual suspects as well as some interesting choices; Shure Beta 52, Beta 91 and Beta 57 for kick drum, Sennheiser e904s for toms, Earthworks SR30s on the overheads, AKG414s, KM84s, Beta 52a on percussion and Shure KSM313 dual-voice ribbon mics on the vibes. Added to that are Neumann KM184 over the strings and a Schertler P-Dyn48 on the double bass.

“I have the DPA 4099 for the acoustic guitars which sound beautiful,” said Michael. “The guitar players have the Helix Amp Modelers and when the 4099 ran through them, I was amazed at how warm and lovely they actually sound through the Helix. The guitarists control their own patches, so they control the muting of the mic, as a result we don’t have to fiddle around on the console’s snapshots or have external mute switches.”

The Lyric Theatre is a big house for any story, but Muriel’s Wedding fills the space with clear vocals and punchy songs, thanks to Michael Waters and JPJ Audio. SSL HITS THE ROAD THIS NOVEMBER TIME TO SHELVE THE LOW END