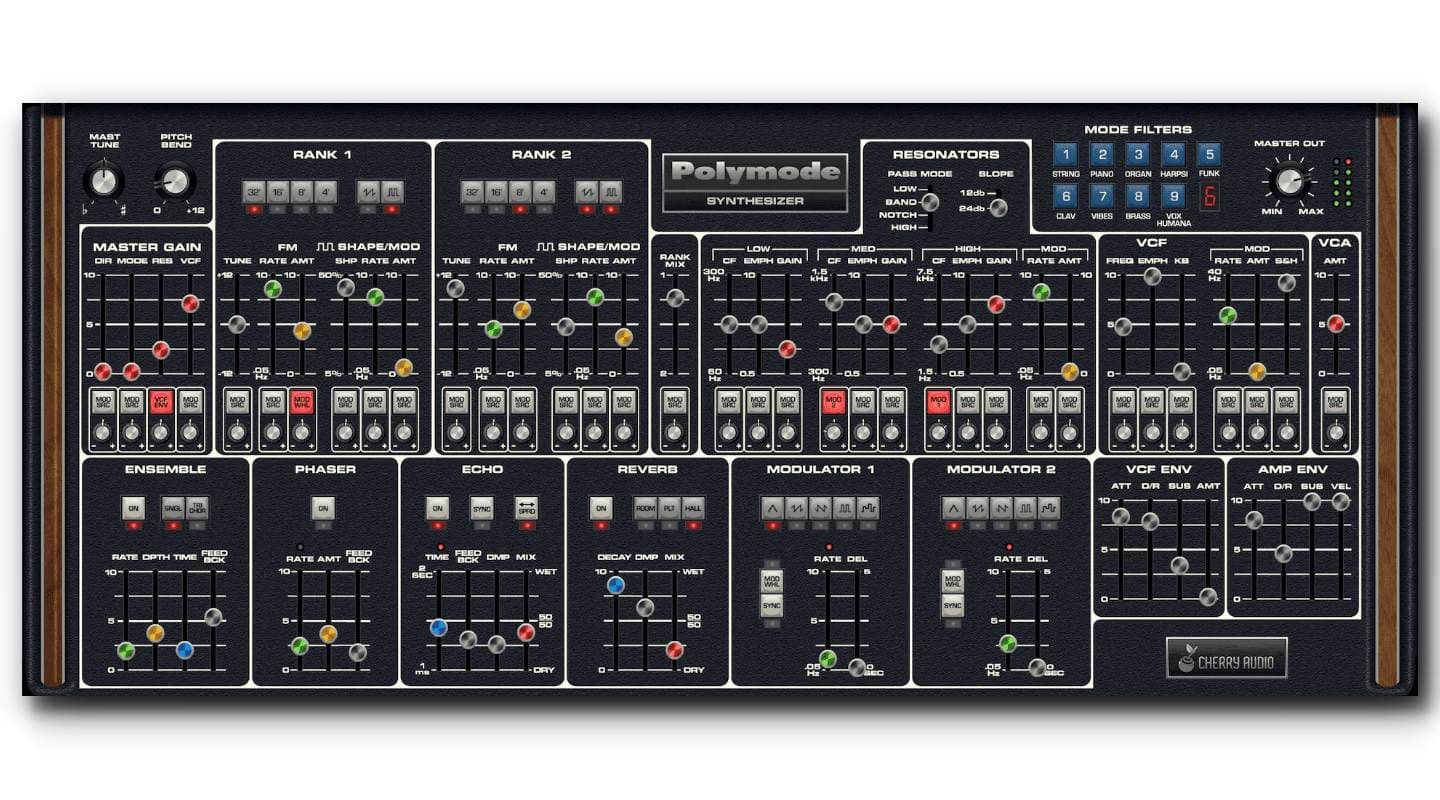 0 SHARE
Read Next: First-Ever Sound of the Year Awards

When the Polymoog was released in 1975, polyphonic synthesizers were in their infancy, and manufacturers were scrambling to produce a usable and affordable instrument capable of playing chords. Manufacturers tried a number of primitive methods to attempt to create a truly polyphonic synthesizer, from the price-is-no-object Yamaha GX-1 flagship, to various string synthesizers with tacked-on synth-like features. At its core, the Polymoog was built upon existing organ and string synthesizer technology, but with many clever innovations, it took this approach to the absolute limit. The result was an instrument that excelled at lush string, choir, and pad sounds.

The Greatness of Polymoog, Multiplied!

One of the Polymoog’s most unique features is its Resonators section, consisting of three state-variable filters, handling low, mid, and high sections of the audio spectrum. Though the original Resonators section was well-suited to creating vocal-like timbres, it was limited by its shallow filter slopes and lack of modulation capabilities. Cherry Audio’s Polymode addresses these shortcomings by adding a steeper and more pronounced 24 db/oct mode and a dedicated LFO, allowing modulation of all three cutoff frequencies. Additionally, all of the Resonators parameter sliders are modulatable via Polymode Synthesizer’s easy-to-use mod matrix. An additional Notch mode has also been added that’s great for creating phaser-like tones.

The mod matrix brings new capabilities to the table and allows modulation of all parameter sliders from a variety of sources, including two flexible, syncable LFO’s, VCF and amplifier envelopes, white and pink noise, and more. The Mode Filters section includes emulations of the Polymoog 203a model’s instrument preset filters plus the classic “Vox Humana” filter from the later Polymoog 280a model. Polymode Synthesizer also adds integrated front-panel effects, including a highly configurable ensemble effect capable of producing flanger and chorus effects, with a special “tri-chorus” mode that precisely recreates the dreamy modulation of the classic 70s Solina string synthesizer. Also included are a meaty, vintage-style phaser, and a lush reverb featuring room, plate, and hall modes.

For those anxious to dive in and create, Polymode Synthesizer includes over 150 incredible presets from veteran industry sound programmers, as well as recreations of the original Polymoog front-panel presets and spot-on “Vox Humana” string/choral patch, originally made famous by new wave legend Gary Numan. Polymode Synthesizer uses 64-bit high-precision processing for the utmost in audio quality, and even with 32-voice polyphony, users will find it very light on CPU usage.

All in all, Polymode captures all the charm of the Polymoog, while massively simplifying its user interface, tremendously expanding its sound and modulation capabilities, and leaving the original instrument’s reliability issues where they belong, far in the past! Auerbach Not at a Loss For a Song