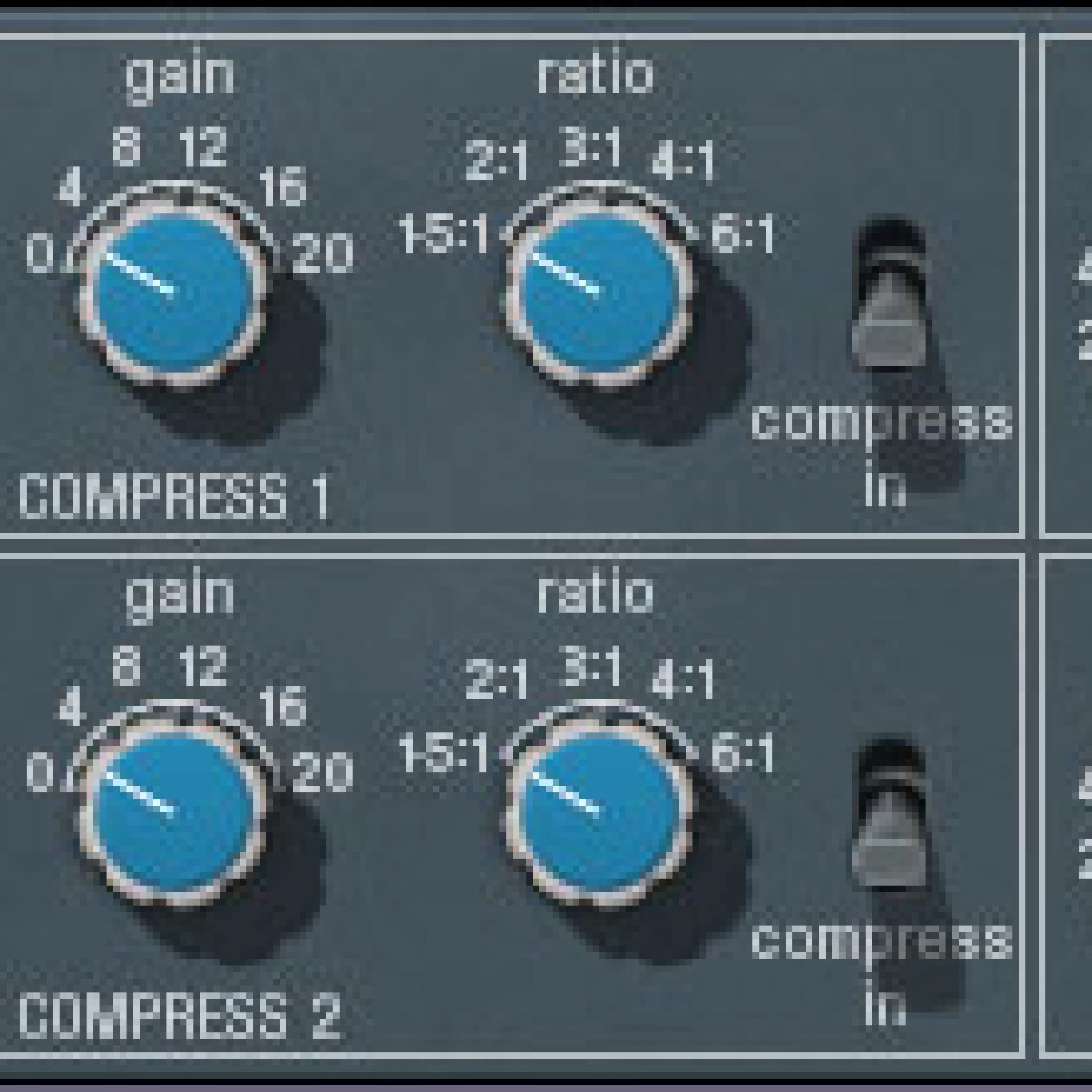 Just when you thought there was no cure for Neve-itis, along comes the antidote.

Ever since I bought my first UAD-1 card way back in 2001 I’ve considered it an indispensable audio purchase. At that time the card came with a handful of great plug-ins including the 1176 and 1176SE compressor emulations. Ever since, the UA plug-ins have had a positive influence on my mixes and, quite frankly, I’d be loathe to start mixing anything without them these days. In fact, so good are the Universal Audio plug-ins that over the last five years I’ve subsequently purchased many more cards and plug-ins from UA’s ever-increasing ‘must have’ list. These have included the Pultec Pro (which makes any flat sound grow a voluptuous third dimension), the Plate 140 (a fantastic plug consisting of three meticulously emulated EMT plates), the Precision Mastering bundle (invaluable EQ, Multiband Compressor and Limiter for the all-important final production stage) and the Fairchild compressor (phenomenal emulation of an unobtainable audio gem).

The release of version 4.5.0 of the UAD-1 software now facilitates the running of the much-anticipated Neve emulation bundle that consists of the Neve 33609 compressor and two widely acclaimed 10 Series equalisers: the Neve 1073 and 1081. Universal Audio, under license from AMS Neve, spent several months of R&D recreating these audio classics digitally, and given the audio world’s almost unquenchable desire for Neves of any description, I’ll wager these new plug-ins will attract many more admirers to the vintage emulation delights the UAD-1 has to offer. Furthermore, with the new VST-to-RTAS v2.0 adapter from FXpansion seamlessly integrated into version 4.5 of the UAD-1 software, ProTools 7.x users are now safe to wade in as well.

So let’s get to these new plug-ins. First cab off the rank is a sonic digital recreation of the legendary Neve 1073 module. Originally released in its hardware form in 1970, the 1073 remains the rock producer’s ‘Holy Grail’ of mic preamplification and EQ. Held in high regard for the distinctive ‘wollop’ it imparts, the original hardware 1073 cassette these days fetches stratospheric prices on the second-hand market (even raw and untested), and the recent faithful reissue from AMS Neve is not far behind.

Universal Audio’s plug-in equivalent, the 1073 EQ, has several functional differences to the original (apart from the bleedin’ obvious) and many sonic similarities. Firstly, you don’t get a mic preamp with the 1073 EQ; the famous red knob on the 1073 plug-in instead serves as a line-level input trim. The orientation of all the controls is also horizontal rather than vertical, for ease of use in the DAW environment. However, like the original module, no metering is provided on the plug-in (remembering the original was a component of a larger Neve console). And like the UAD Pultec plug-in, the 1073 uses up-sampling to 192k to achieve its uncannily accurate reproduction.

I have hired, begged and borrowed various 1073s in the past, as well as recorded at Hothouse in St Kilda (which has a console loaded with 1073s that most famously recorded and mixed AC/DC’s Dirty Deeds album) and to my ears, the UA 1073 EQ is a very close emulation of those classic modules. When using the 1073 EQ plug-in, guitars are embued with that authoritative Neve signature. And that’s just guitars; what the 1073 does for snare, bass and kick is nothing short of amazing – always adding whack, crack and solidity in a ‘where have you been all my life?’ kinda way.

Producing plug-ins of such high audio quality, however, does inevitably come at a cost to the dedicated DSP that drives it. The trade off with the 1073 EQ is that one UAD-1 card will only drive five mono or three stereo instances of the plug-in per card, so it’s advisable to get acquainted with your DAW’s ‘freeze’ function, if you haven’t already – a somewhat ironic situation, perhaps, especially given that PCI-based DSP cards are supposed to substantially increase plug-in counts. The alternative is to use the freely provided DSP-efficient SE version of the 1073, which gets you 16 mono instances and 15 stereo instances (the 1081 EQ and 33609 compressor also have DSP efficient ‘SE’ versions) or purchase an extra card (or cards) to increase the DSP capacity.

The second Neve ‘classic’ under the ‘digital knife’ is the 1081 module. The UA equivalent, the 1081 EQ, has two midrange bands, as opposed to the 1073 EQ, which has only one. Consequently, the 1081 (like its tactile forefather) is the more comprehensive of the two digital EQs, having the ability to sculpt the midrange with a little more finesse. Provision for tighter ‘Q’ control is also provided on these two bands just like on the original module, and the top and bottom shelves each have a ‘bell’ switch.

Using the 1081 EQ, I’ve quickly grown addicted to its superb audio qualities. I can now scarcely use anything else on vocals, drum groups and guitars. The variation in tone between the 1081 EQ and the 1073 EQ is subtle, but this is mainly due to the two plug-ins’ different fixed EQ points. The 1081 EQ, for instance, has five separate EQ points on the high frequency shelf, which affords it a greater degree of flexibility than the 1073 when it comes to filtering out or boosting the top end. This makes the plug-in great at filtering out extraneous treble on electric guitars or boosting the 15k band on vocals to turn the spotlight on the singer.

The Universal Audio Neve EQ emulations are impeccable. I’ve been constantly astounded by their ability to colour and sculpt the tone of all types of source material, and I’ve repeatedly used them to transform flat, lifeless recordings into ones with sparkle and/or attitude. And let’s face it, everyone winds up with a mix job now and then where the playing is lifeless and lacking attitude. In that situation, the UA Neve EQs are just the ticket for turning the tide – salvaging the ‘unsalvageable’. They certainly won’t fix a boring song but they can definitely help make it easier to digest.

The final ‘king hit’ in the UAD Neve Bundle is the 33609 compressor emulation. Lauded for its ability to ‘glue’ a mix together better than two-pack Araldite, the hardware 33609 has been a group/mix bus favoured by engineers the world over since its release in 1985. Building on the heritage of its mono ancestor, the Neve 2254e, the original 33609 is a diode-bridge-style compressor that was primarily designed as a bus compressor, but which is equally at home processing dynamic range on virtually any source. The hardware 33609 has stepped controls for easy recall of the unit’s settings; a feature that UA has faithfully recreated. However, true to UA tradition, some modernising features have been included, such as an output knob that provides up to 20dB of output gain and a link switch that allows the user to gang the controls together so that one set drives the stereo operation. Everything else remains faithful to the original, including threshold, slow or fast attack settings and five ratio settings: 1.5, 2, 3, 4 and 6 to 1. There are also six recovery settings for both the compressor and the limiter section, two of which are program dependant, not unlike the Fairchild 670. Compressor and limiter in/out switches as well as make-up gain controls are also provided.

Here I go again with gushing praise but I love this plug-in. It sounds amazing. I’ve had it tickling the output bus and slamming drum sub-groups several times over the last month and it has outperformed my expectations every time. It’s helped mixes come together beautifully and when pushed, it has responded well, making things sound ‘fat’ with ease (or is that ‘phat’?) [Seems to be ‘phatt’ nowadays – Ed.]. The ratio of 1.5:1 is one of my favourites for gently coercing a mix into line, and the UA 33609 excels at this. It also holds rockier tracks together beautifully with ratios of 3:1 and 4:1.

Although I have mainly used the 33609 as a mix bus compressor, I’ve also put it to good use in one of the original compressor’s equally ubiquitous roles: as a drum subgroup compressor. In this capacity it is a star. It really helps give drums boldness and attitude. I’ve also used it on synths and bass for its confident handling of low frequencies.

Unfortunately, at the risk of tarnishing an otherwise glowing review, you can only run one stereo version of the 33609 compressor on one UAD-1 card at 44.1k because the DSP use is around 70%! Thankfully, you can happily run nine mono and seven stereo instances at 44.1k when using the SE version. Needless to say I’ve found myself freezing or bouncing tracks a lot, or turning to the DSP-efficient versions. For some, the need to perform this workaround might seem like an irreconcilable problem, but I’m quite happy to process tracks as I go – the payoffs are worth the extra hassle.

Sonically the Universal Audio Neve bundle is awesome. The accuracy of the emulations is fantastic, but the tradeoff is the amount of DSP it takes to run them. As a result of this, many UAD-1 users are crying out for a new card that’s more capable of handling multiple instances. I guess we’ll just have to wait and see what happens on that front. Meanwhile, current UAD-1 users will just have to make do with UA’s fantastic new Neve emulations. Poor us!