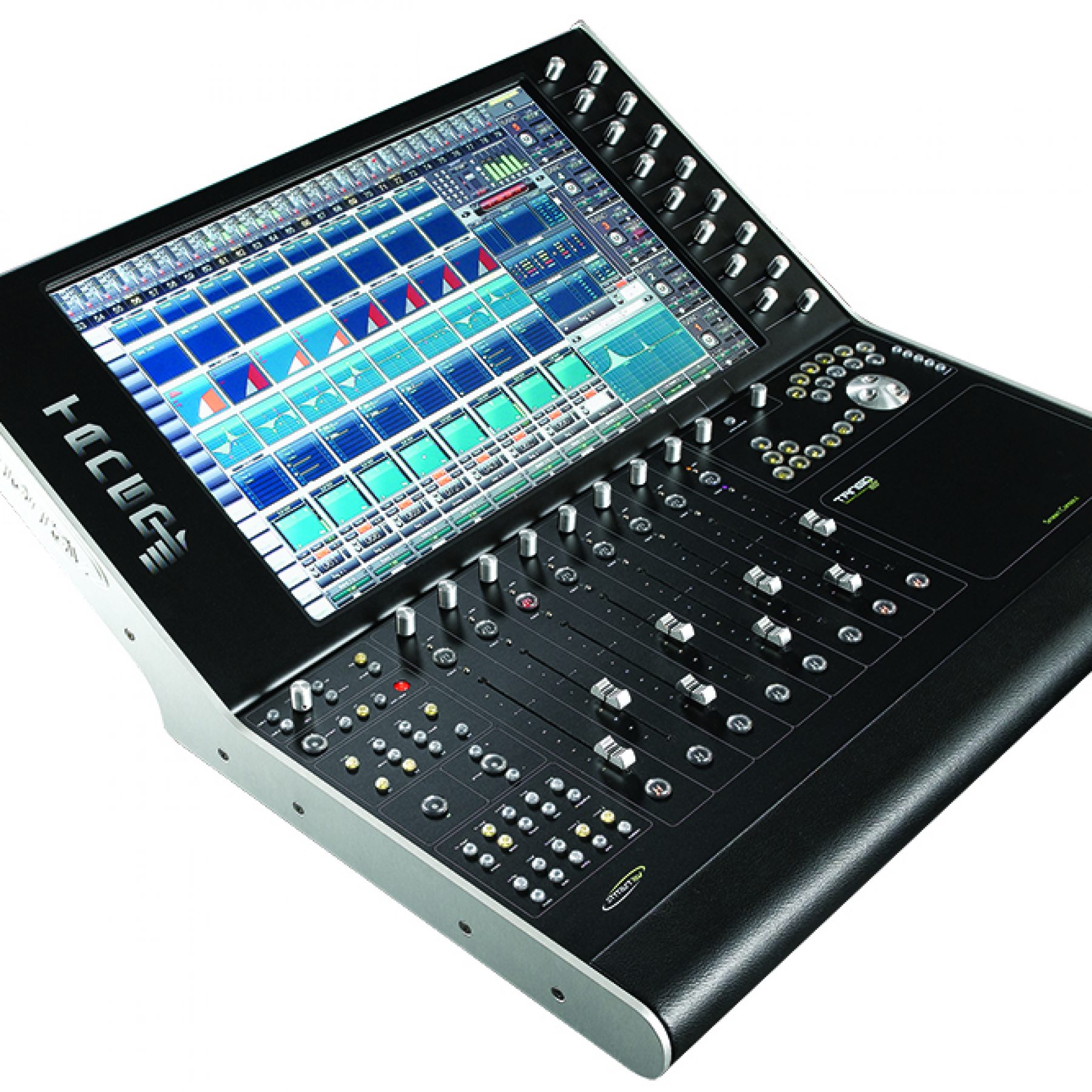 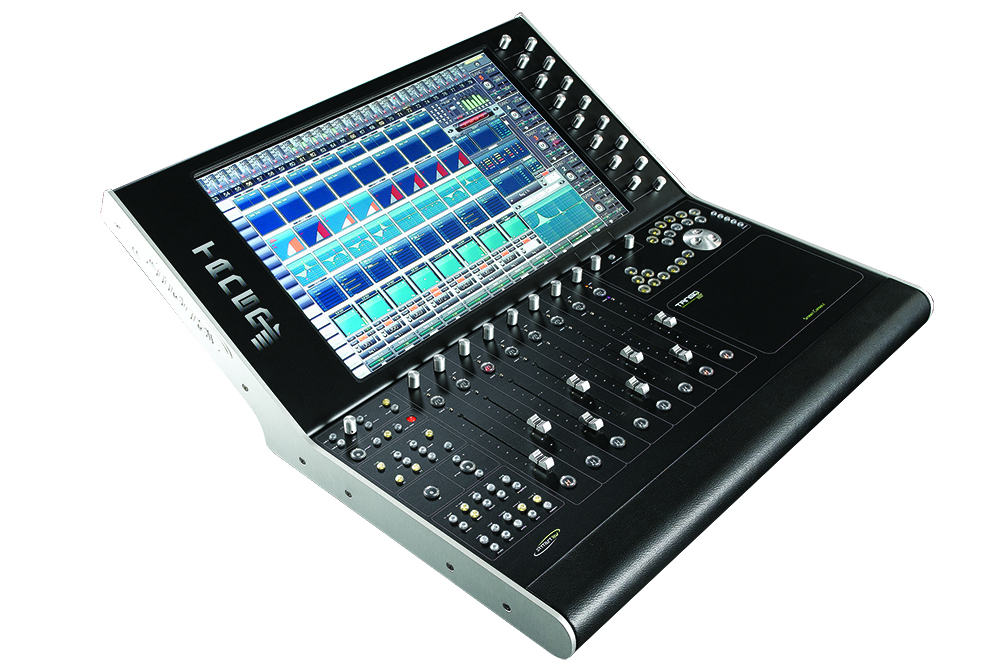 Does your DAW need a good-looking, twinkle-toed dance partner?

Smart AV is nothing short of prolific when it comes to new and specialised incarnations of its groundbreaking ‘Arc’ mixing concept. Smart AV’s initial foray into the control-console world caused quite a splash with its beam-me-up design and intuitive operation. Since the release of the initial Smart Console back in early 2005, Smart AV has released a number of variations on the original theme. Each of these offspring has taken the Arc concept and integrated it into smaller and more affordable control surfaces.

The most recent of these, and indeed the most affordable to date, is the Smart AV Tango. It’s quite a tasty little control surface, with the majority of the Smart control technologies accessed via a large touchscreen. However, before we bring the Tango in for interrogation, it’s worth outlining one of the key concepts behind the Smart AV controllers.

OUT OF THE ARC

One of the first notions to call into play with Smart consoles – and undoubtedly the most important – is the significance of the Arc. Dominating the upper portion of the larger post-production Smart Consoles, is a large arc-shaped meterbridge. In truth, there’s a lot more to it than simply metering. From very early on in the design stages, it was decided that input devices such as keyboards, mice and trackballs would be eliminated as much as possible. In their place, the Arc meterbridge allows you to select, name, group, mute and solo channels. The Arc also houses visual feedback and behaves as an immediate visual anchor or reference point for all the channels involved in a mix. Selecting all the channels simply involves a sweeping movement across the Arc – much like running your finger across a group of ‘record-arm’ buttons – only this is much nicer thanks to optical built-in sensors.

Now while the Tango may at first appear devoid of this innovative feature, the Arc still exists as part of software and is represented on the Tango’s impressively large 22-inch touch-screen (16:9 aspect) – a virtual rendition of Smart AV’s original meterbridge, in essence.

Another fundamental aspect worthy of consideration is the Tango’s ability to address a wide variety of DAW systems: Cubase 4 & 5, Final Cut Pro, Logic Pro 8, Nuendo 4, Pyramix, and the industry stalwart ProTools, can all be driven from the Tango, with Smart AV threatening integration of further systems down the track. For folk constantly flitting between DAW platforms, which is often the case these days, the Tango looks to be an interesting studio compatriot.

The unit itself feels like a giant laptop, although in studio terms it still occupies a relatively small footprint. Additional 12-fader side carriages can be daisy-chained to the Tango where necessary, and in this arrangement the system looks mighty impressive. Communication between the Tango and the various DAW platforms is via 100base-T ethernet, and while I did have a few initial hassles getting a MacBook Pro to converse amicably with the Tango, a quick phone call to Smart HQ had me up and running within minutes. Being a TCP/IP system of communication there are a few strict guidelines that must be followed before the unit will arc up (apologies). The specific installation and setup procedures are supplied for each DAW and if you stick to these like glue you should be okay.

Platform shenanigans aside, the actual build quality of the Tango is exemplary. To begin with, the sides of the unit are finished in quite chunky 6mm plate aluminium. These end-cheeks are also the solid mounting points when installing the unit into studio furniture. It really is a superbly-crafted (over-the-top some would say) DAW controller, which harkens back to the day when pro audio really was designed for professional applications and built accordingly. Across the front of the console is an attractive leatherette armrest – not some slippery piece of plastic you’re likely to find on the majority of contemporary control surfaces.

You’ll notice the angled design of the unit too – with the touchscreen gently sweeping away from the operator. The angles have been well chosen, and operation is a comfortable proposition. The control encoders across the entire surface are brushed aluminium and these too offer a solid feel and tactile response, with all encoders acting as push-switches for additional data input duties. They’re touch-sensitive into the bargain, so the unit immediately reflects whichever control is being used the moment you lay a hand on it.

Among these are the ‘Active Controls’ – these two encoders are for fine-tuning the currently selected encoder, effectively doubling up on the first encoder’s duties (only one of these is actually motorised so it can immediately represent exactly that parameter’s settings). The transport section houses a group of shortcut buttons and a large, solid aluminium jog-wheel – just the sort of design you’d expect on a console of this ilk. Alongside this are the transport buttons and various navigation and modifier buttons. All are backlit and respond soundly to the touch with a definite physical click.

Ergonomically the Tango is pleasantly laid out: Transport to the right, monitoring controls to the left with an ‘Expert Panel’ below this housing buttons for control of grouping and automation functions. Here one can also save and recall up to four ‘Ergonomic Spreads’. These spreads or layouts are snapshots of particular arrangements of channels on the console. For example, you may wish to have Channels 2, 7, 6, 18, and 22 controlled via Faders 1 through to 5 of the Tango. That arrangement is then saved as an Ergonomic Spread – very neat, and a feature unique to Smart AV consoles. This is the typical modus operandi of the console, with the upper ‘Arc’ section on the touchscreen taking care of the channel allocation to the physical faders.

The other mode of operation, and again unique to the Smart AV design, is ‘Chair Mode’. This mode enables you to swipe a finger across the Arc whereupon the faders will assign themselves to the eight channels that surround the channel your finger is touching. For example, touch Channel 16, and Channels 13 through to 20 will be assigned to the eight physical faders; touch Channel 17, and Channels 14 through 21 are deployed to the faders. This is one of the beautiful aspects of the Arc concept, and it totally negates the need for bank switching or single nudge buttons. In practice the channel-to-fader selection process becomes thoroughly instinctive, and you’re no longer thinking about channel numbers and assignments.

Rounding out this section are the solo-in-place, AFL and PFL buttons, and craftily, a ‘Solo Clear’ button. This will, as the name suggests, clear all channels from solo mode – very handy. Especially as it also glows a boisterous red when any channel is soloed.

While we’re discussing swiping our fingers over a touchscreen, I’d like to point out the technology behind the Tango screen. The huge 22-inch input device is known as an ‘acoustic wave touchscreen’. The design is based on sending acoustic waves across a clear glass panel with a series of transducers and reflectors. When a finger touches the screen, the waves are absorbed, causing a touch ‘event’ to be detected at that point. The advantage of this design is the absence of any plastic materials covering the screen, which typically wears out or decreases the image clarity – the screen is, in fact, thick glass and should last for about 50 million touches at a single point. It also offers an extremely high resolution of touch response. The downside is that the screen needs to be kept clean, and is susceptible to damage from dusty environments. Smart AV goes to great pains to instruct you in the art of correct maintenance, and even supplies a suitable cloth.

Getting back to some of the physical controls, we see 16 rotary encoders following down the right-hand side of the touchscreen. Aside from entering values for the initial setup of the console, these encoders come into play when editing plug-in parameters. That’s quite a generous number of physical controls for digging into a plug-in’s vital numerics.

I must give Smart AV particular credit here for doing so much with such little help from the Digidesign camp. The reason is obvious, of course. Digidesign has a bunch of its own perfectly good controllers it would much rather you used than the rival Tango.

Consequently, Smart AV has been forced to integrate the Tango with ProTools via the antiquated HUI protocol – a communication format that’s not nearly as comprehensive or well featured as other DAW manufacturers’ control protocols. As it stands, the reverse-engineered HUI control represents quite a software engineering feat on Smart AV’s part.

Yet despite the limitations of the protocol, I found working with ProTools 8 (both LE and HD) quite a reasonable proposition on the Tango, with ‘Chair Mode’ and the ‘standard’ Arc features functioning well with the Digidesign software. For example, I was able to assign non-concurrent channels within ProTools across the Tango’s eight faders. Not bad for a DAW that operates typically in banks of eight faders. To reaffirm my conclusions, I spoke to a few established ProTools/Tango users who were all happily getting on with business. All agreed the integration wasn’t perfect, but it was nevertheless getting the job done. More importantly, the future of this integration seems undoubtedly to be improving with each upgrade of the Tango’s operating software.

My traditional DAW stomping ground is Logic Pro, and I was looking forward to driving the Apple DAW through a few tight Tango corners. Logic Pro sits comfortably within the Tango framework and here Smart AV’s software feels a little more advanced. Integration with Logic has been developed on the Tango since the console’s inception, and it shows. Logic Pro 8 works hand in glove with the Tango’s touchscreen, with EQ and compression settings clearly displayed and reflecting changes within the equivalent Logic plug-ins. Dyed-in-the-wool Logic users won’t experience any wayward control using the Tango. It’s tight and fast through the chicanes and comprehensively integrated.

For the asking price there’s nothing else on the market that will address such a comprehensive variety of DAW platforms – Tango occupies the territory on its own. Nor does any controller in this price bracket provide anything resembling this level of professional, intuitive ergonomics. Equally, it’s an incredible feat to have shoehorned this amount of muscle into a controller with such a small footprint.

The Smart AV control philosophy may not be for everybody, but for those who appreciate the intuitive operation and minimal key-pressing – which has always been a fundamental tenet of Smart AV consoles – the Tango represents the most cost-effective entry into the Smart AV stable. The Tango represents incredible technology at what is – I’m sure you’ll agree – an incredible price. When I first clapped eyes on it, I imagined a figure around three times that. 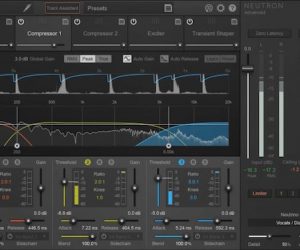 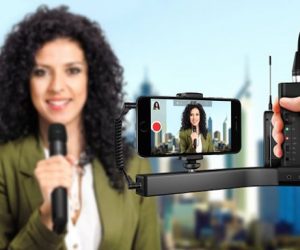 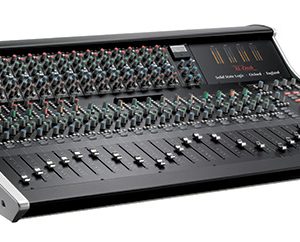 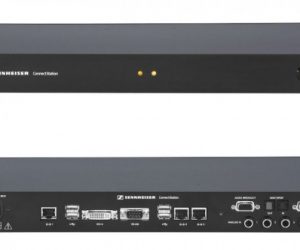 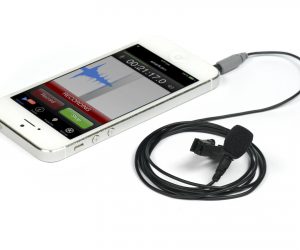 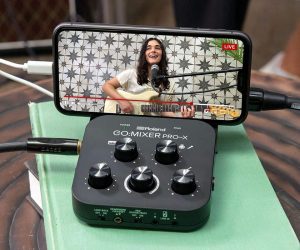 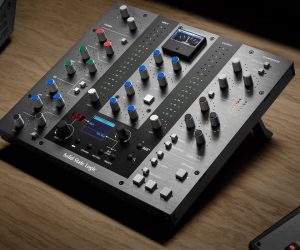 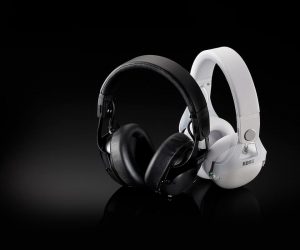 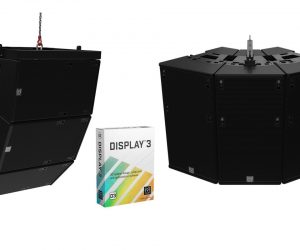