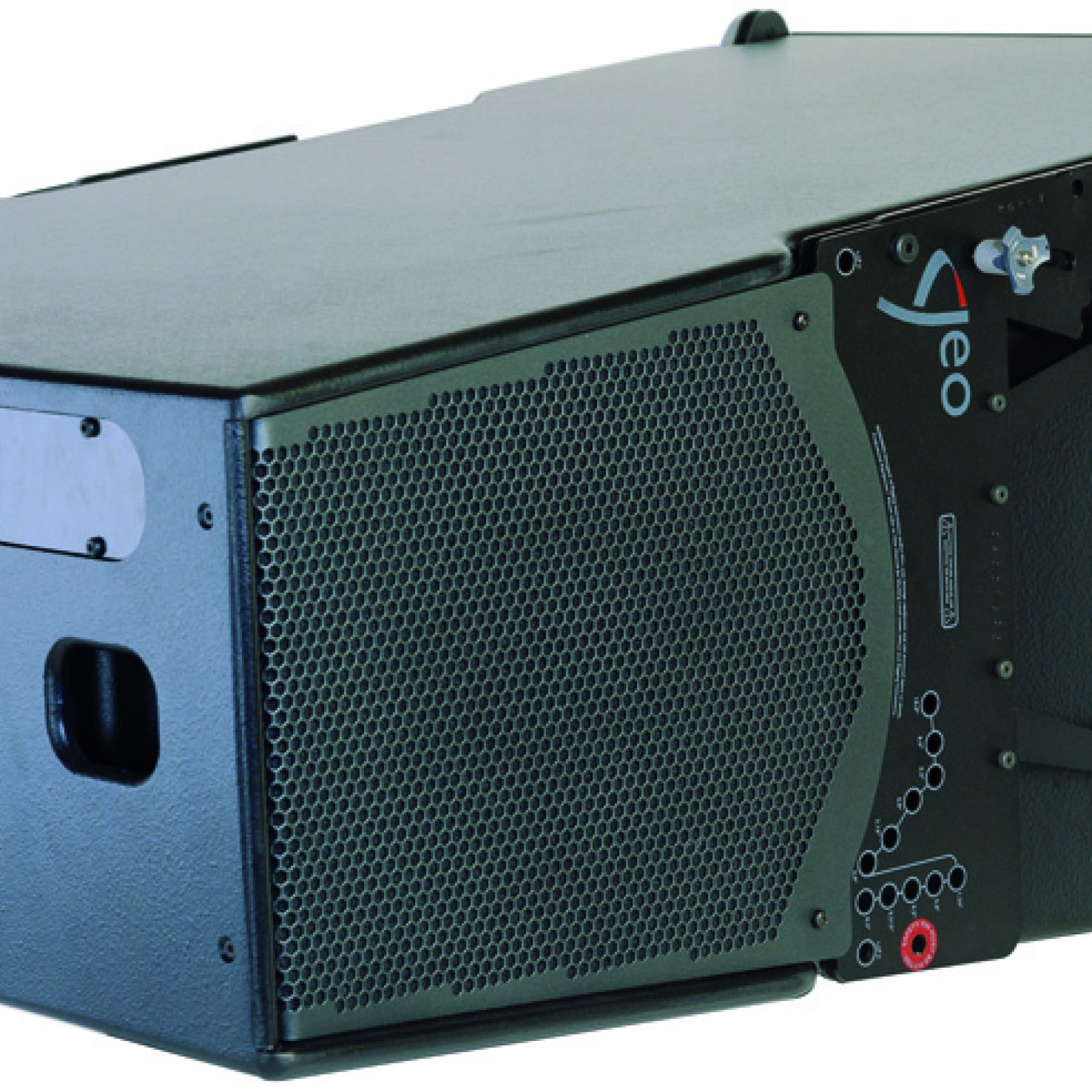 The Nexo Geo range has expanded further with the release of the mid-sized Geo-D. Queensland’s Wild Gravity has bought a system and taken it out with the Shannon Noll tour. AT heads to Geelong to catch up with the gear and the people involved.

You could sometimes be fooled into thinking that a new PA is sold on the basis of the number of patents it has ‘pending’. Driver arrangements, waveguides, phase plugs, ‘unique geometry’ and, increasingly, the silicon valley purring along in a control rack to ‘compensate’ and ‘enhance’, all offer fertile ground for ‘proprietary’ technology and trademarks. In short, loudspeakers are, on paper, haute technologie.

But as anyone involved in the signing of cheques knows, speaker systems are bought for myriad other reasons. Price, of course, is a big factor, as is the ‘bankability’ and versatility of the speakers, as well as the support and training that’s offered.

At no time was this more evident to me than when I sat having a chat with Noel Anthony in the cab of his semi trailer. Noel is the boss of North Queensland-based production company, Wild Gravity. On this occasion we were in the car park behind The Geelong Arena waiting for Shannon Noll and his merry band of brothers to fire up their brand of good-time, ol’ fashioned rock ‘n’ roll, in front of an appreciative crowd of denim-wearing chicks, mums and slightly sheepish blokes. For Noel, the ink was still drying on a cheque he’d just written for a sizeable inventory of Nexo Geo-D – for those not able to keep up, the ‘D’ is the new Geo iteration and fits somewhere in between the baby ‘S’ and chunkier ‘T’ systems. It’s a big outgoing in a whole collection of big outgoings that an expanding production company has to grapple with. For one thing, there’s that truck. Even for a big-rig ignoramus such as myself, the Wild Gravity semi is a thing of beauty… but blimey it’s not cheap to run. For example, Noel only just got a couple of the rear axels replaced – that’ll be 14 grand thanks. As he unlocked the cab, triggering the steps to pneumatically slide out from the chassis, Noel casually commented that “this one only carries a ton of fuel”. He probably saw my face scrunch up trying to do a bit of quick arithmetic because he added: “it’s about $1400 to fill”. Being based in the tropics, Noel covers a lot of turf and he needs a few creature comforts, like an inner spring bed with its own climate control, and wireless broadband. “On one occasion we drove from Perth to Townsville in 54 hours. We had 60 hours before the next gig. We did the trip ‘two up’ [with two drivers], and just kept the fridge full of fruit and juice to keep us healthy and ended up doing it quite comfortably.”

With anecdotes such as these, the stark contrast between the world of anechoic chambers and FIR analysis, and the realities of touring deadlines and tight margins could hardly be more apparent. For example, one of the first things Noel did when he knew he had the Geo-D rig was to start thinking about how he was going to move it. He played around with the orientation of the full-range boxes on his existing dollies and figured out he could get two cabs and a processing rack on the one dolly. Turns out he could then get all of the audio gear to fit on the semi’s dancefloor (the raised floor area of the truck that sits over the prime mover). The 10-foot trusses can be loaded vertically (saving space and wear ‘n’ tear) along with the Varilites and other paraphernalia in the rest of the space. He can get the whole ‘box and dice’ out of the truck and set up in an hour and a half and then pulled down and back on the road in two.

Don’t get me wrong, Noel’s by no means cloth-eared, and yes, he likes the sound of Nexo’s latest, but the investment decision probably had more to do with factors such as: not being burnt by last year’s purchase of the Geo-S, and having stock that was big enough for some decent tours but not so big that it’d have to stay in the shed for the next Carols by Candlelight in Cairns.

Around 20 minutes before kick-off, front of house engineer, Dave Vinni, was hard at it. The Nolls hadn’t scheduled a soundcheck for this date… but no matter, a 10-minute line check did the job.

It’s amazing how so many variables have been all-but excised from concert touring sound. Thanks to better, more controllable speaker systems, more powerful DSP and some bright sparks driving it all, most of the vagaries of a room can be taken out of the equation. Dave knows that once the line check’s over, and the band strolls on stage, the speakers in the room will sound much the same as it did last night or last week. Sure, there’s a few minutes of semi-frantic (or as frantic as Dave can get… which isn’t particularly frantic at all) tweaking and fine-tuning, but that’s simply about mixing, it’s not about fixing. Wild Gravity’s Digico D1 console plays its part here as well. Having your mixer set and ready to go (including all the EQ, effects and dynamics) before you arrive has obvious advantages.

The Geelong Arena is an odd ‘room’. Actually it’s a basketball stadium. And given most of the seating is down the sideline, the setup is oriented in that direction – so it’s a wide, squat geometry with the mix position only about 10 metres from the stage. Again, in years gone by this would have been nigh-on intolerable. Any ‘pumpkin’ of trapezoidal speakers would have been chucking it out in all directions to ensure the people 40 rows up were getting their ‘fair share’, and probably would have meant the mix position would have been sprayed with an enormous amount of SPL. On the night, the two lower Geo-D elements were mechanically set to a wider 120-degree dispersion and it was sounding quite sweet. The Arena won’t be mentioned in hushed whispers along with the great auditoria of the world, but at least the sound was even (both in level and in frequency response) from top to bottom and the full width of the room.

This might be one of the first Australian outings for the Geo-D, but internationally it has been on the scene for a number of months now. Even fresher, though, is the new cardioid Geo Sub. AT’s been to a few Bruce Johnston-catered concerts that have used the beefy CD18 subs (Powderfinger, Jet and Garbage) which itself displays some serious cardioid characteristics (most of the energy fires forward), but the Geo Sub is the next generation. Unlike the CD18, the Geo Sub is made to be flown as well as ground-stacked, and sports a different driver arrangement. It’s not horn-loaded for starters. There’s a single 18 doing most of the work along with two 12-inch side-mounted drivers, which assist with the cardioid pattern control responsibilities. For this gig the Geo Subs were ground stacked, so it was quite easy to get in behind them. With a CD playing, and the throttle let out, they’re obviously a serious sub. But standing only a couple of metres behind, you could quite easily conduct a conversation, such is the rear pattern control. The other thing to note was the fact there were only two Geo Subs aside in a room of about 1500 people. And, unbelievably, it was absolutely sufficient.

This article is by no means a ‘review’ of the Geo-D. Sure, I had a good listen, and the system sounds very good indeed. But does it sound better than the various other demos I’ve been to over the last 12 months? It’s very, very hard to make that judgement. I think this article is more a review of a Geo-D purchase than anything else… and maybe a review of Noel’s truck (now there’s a story!). I’m not saying Nexo is anything less than a hi-tech, R&D-led company that’s making high quality gear, but most of us don’t get to make purchasing decisions based on six-way, double-blind speaker shootouts… and even if we did, chances are we wouldn’t buy the subjectively best-sounding system, we’d go with one of the others. Why? Because of all those other contributing factors I mentioned in my introduction. Price, support, training, versatility, security of investment, ease of rigging, and ease of trucking all play a big part. Just ask Noel.