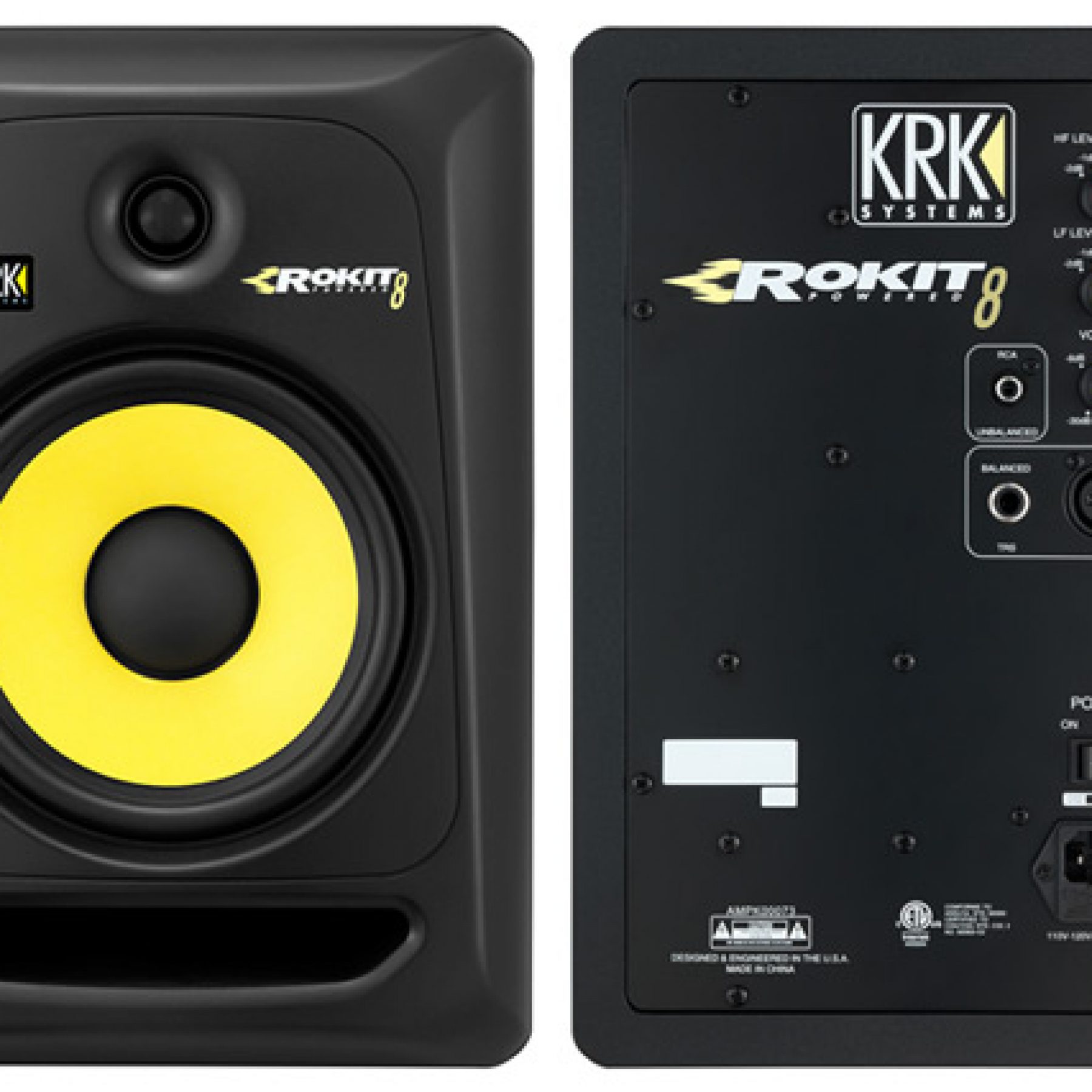 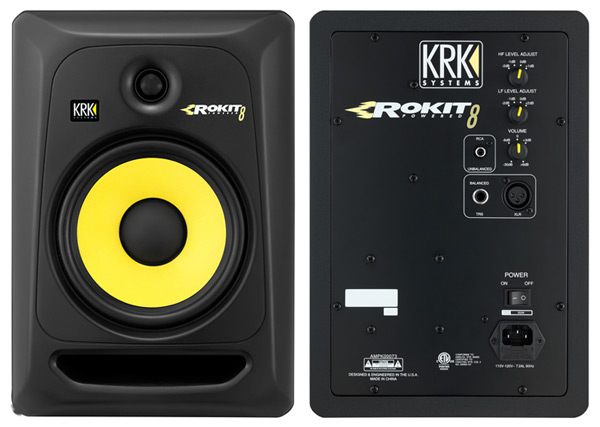 A new generation of Rokits. We have lift off.

If one manufacturer had totally nailed it. If there was a studio monitor that had the perfect combination of linearity, price, translation qualities, detailed sound stage, then I wouldn’t be writing this review.

The truth is, no one has nailed it. And even if you spend $100,000 you won’t have nailed it because someone else’s $100k speakers will offer something just as amazing, but different. The truth is, there’s still room for studio monitor tribalism: Adam versus Dynaudio versus Quested versus ATC versus JBL… and on it goes. And it’s not a case of a Nike versus Adidas where marketing or celebrity endorsements win, there are real differences in tone and performance. Not ‘good versus bad’ differences but flavours.

That doesn’t bother me, in fact, I like the fact there is no right or wrong, it’s all about what works for you.

When I needed a no-nonsense pair of active monitors after getting my shed back into a condition for electronic music production I couldn’t see past the Event 20/20bas V3s. They’re an eight-inch (well, 7.1-inch to be precise) bi-amped, bass reflex two-way monitor. They don’t look anything remarkable, but they pack a real punch and represent amazing value.

So it was with some interest that I put up the KRK Rokit RP8 G3s: an eight-inch, bi-amped bass reflex two-way monitor also on its third version/generation. How would they stack up against the Events? The Events have been on the market for a couple of years and, as a result, are a bit cheaper than the newer KRKs, but I see them as direct competitors, gunning for a very similar market.

After extensive testing, there’s gotta be a winner, right?

KRK built its name in the ’90s by being one of the first to strap an amp to the back of a nearfield monitor. It also immediately captured attention for its use of Kevlar in its woofers (selected for being light yet rigid), and titanium for its tweeters. The result was some beefy studio monitors with big controlled bass and razor sharp highs. And people liked it. The hip hop studio community, especially, adopted Keith R Klawitter (Mr KRK) as its Patron Saint of Big Bottom.

As with previous Rokits there’s plenty of balanced/unbalanced connectivity around the back, along with four-position high and low tone controls. The G3s also ship with a foam base to the cabinet to go some way to isolating the cab from whatever you’re mounting them on.

Spark up the Rokit RP8s and it’s impossible to not be immediately impressed. The RP8s spec out at 35Hz to 35kHz ±2dB, which is an enormous frequency range. And with 100W of bi-amped power on offer (for 109dB peak SPL at 1m) there’s plenty of juice. The extended high frequency range (although, obviously not directly audible at 35kHz!) is clearly evident and the voicing adheres to the KRK legacy — there’s nowhere to hide in the upper register. The tweeters and the new HF waveguide ensures the Rokit’s reputation for superior stereo imaging is maintained — it’s a meticulously presented sound stage. Sibilance, cymbal fizz and reverb tails are as clear as bell.

The Event 20/20bas V3s are renowned for their lightning quick response, which translates into more impact from a kick drum beater or the toms, while baritone male vocalists are a little more forward. The KRKs still have the welly in the LF but not necessarily quite the same impact. I’m talking about degrees here, not night and day. And this isn’t due to larger cabinet volume (they’re almost identical). Certainly, at 17kg versus 12kg, the Events carry more cabinet weight (presumably through MDF bracing, as the Class A/B amp sections don’t represent much of a weight impost), and throw that weight around responsibly.

On the other hand, the KRKs high-mid emphasis means female vocals are slightly more forward, as are the plucked notes of an acoustic guitar, for example. The Event’s higher register on the other hand are well handled, with plenty of detail but not ‘laser’ detail.

Out of the box the Events are louder than the KRKs. Checking the specs, sure enough, the 20/20bas V3 have quite a bit more amplification behind them with 80W units on each driver, while the Rokit8 G3s have a 25W amp on the HF unit and a 75W amp driving the lows. Matching the levels of the Rokits meant pushing the faders on my console by about 8dB. Naturally, my initial impression was: ah, my trusty Events clearly have more guts. But messing about with gain, I can confirm what the specs suggest, both speakers are about as loud as each other when you push the throttle. In fact, if anything, I’d suggest the Events begin to lose their composure before the KRKs when pushed super-hard.

As you’ve no doubt observed, I’m a fan of my 20/20bas V3s. I like their big bottom and refinement. For the price I was very sceptical that another nearfield monitor could hold a proverbial candle to them. And in my initial testing all my suspicions about the KRKs seemed to be realised. Too much sizzle and hi-mid action that certainly turned heads but ultimately lead to fatigue.

But I soon realised my criticisms and preconceptions were as much about getting my review criteria ducks in a row. I had the Events on my oh-so-solid Foundation speaker stands and the KRKs on the meter bridge. Then I swapped. And with each swap I’d screw my face up wondering how to adequately read the tea leaves. It wasn’t until I put one of each monitor on their own stand that the real story became clear. Both of the nearfield monitors are class acts and for certain mixes they were almost interchangeable.

Ultimately I settled on backing off the Rokits’ HF tone control for my tastes. But the exercise  reminded me how the sound of these (or any) monitors is as much about positioning and the room as it is about ‘how good’ the loudspeaker is. Bear this in mind if you’re conducting your own in-store demo. If you fall in love with a pair of monitors, then be prepared to spend the time bedding them down into your room.

I also reflected on just how good both sets of monitors are for the price. Like I mentioned, the Rokits are a little newer in the market and a bit more expensive as a consequence. That will swing some decisions. But if you do choose the Rokit RP8 G3s, you won’t be sorry. You’ll join a proud cadre of KRK aficionados, and I can assure you: that’s not a bad place to be.

What we said then: While I was still a little unnerved by the projection of their low midrange, I eventually got used to it and began to enjoy the quality of the sound they offered. The stereo image was represented extremely well, and though these are nearfields, they seemed significantly more forgiving to directionality than my current combination. — Michael Carpenter.

What we said then: While a lack of low frequency information was my main gripe, they delivered a very well-articulated and ‘biting’ mid-range which I enjoyed working with, and also a very smooth and detailed top end which did not become ear-frying during long mix sessions. The Rokits would no doubt shine on rock material of the punk and thrash variety, or, with the addition of a subwoofer, on just about anything else. — Greg Walker.