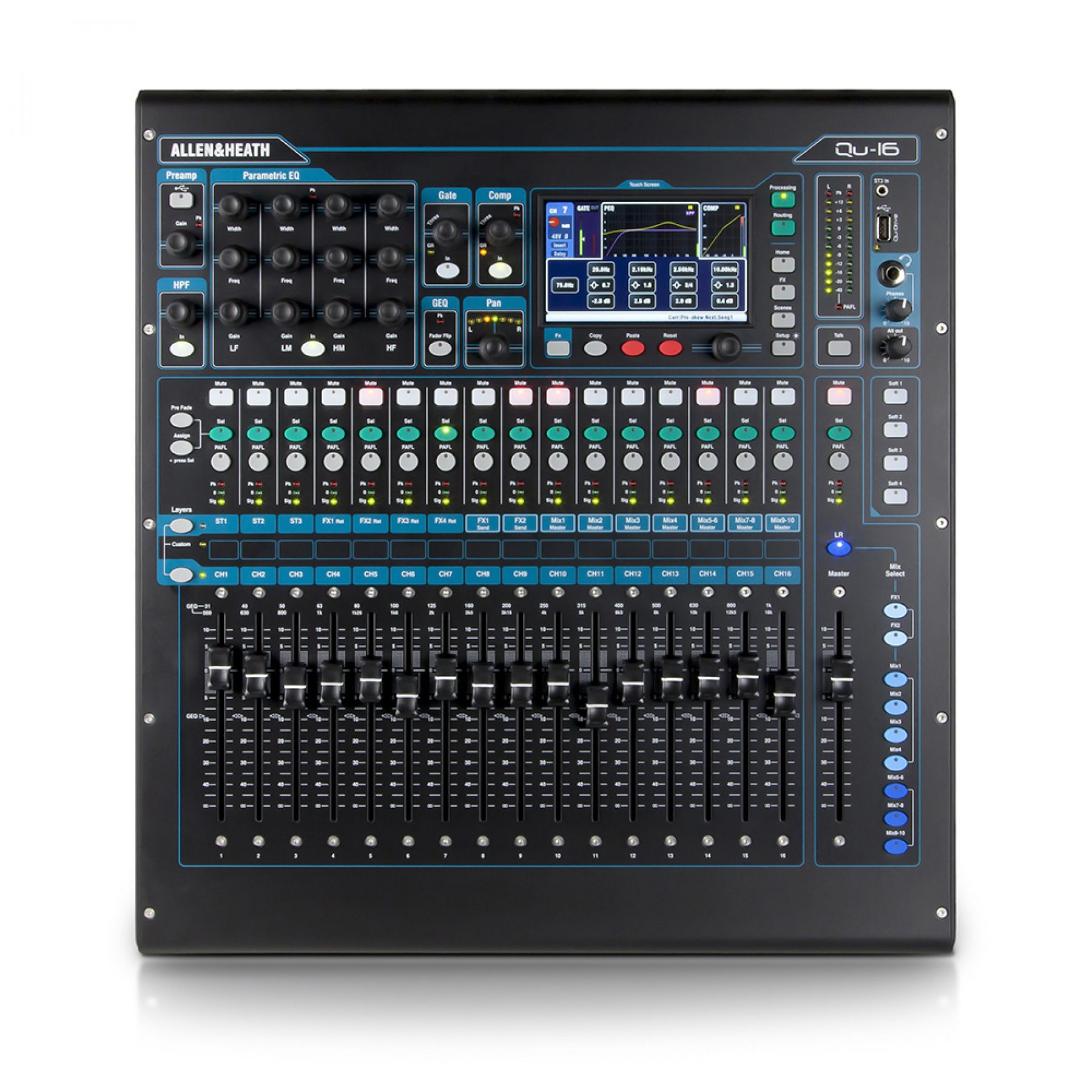 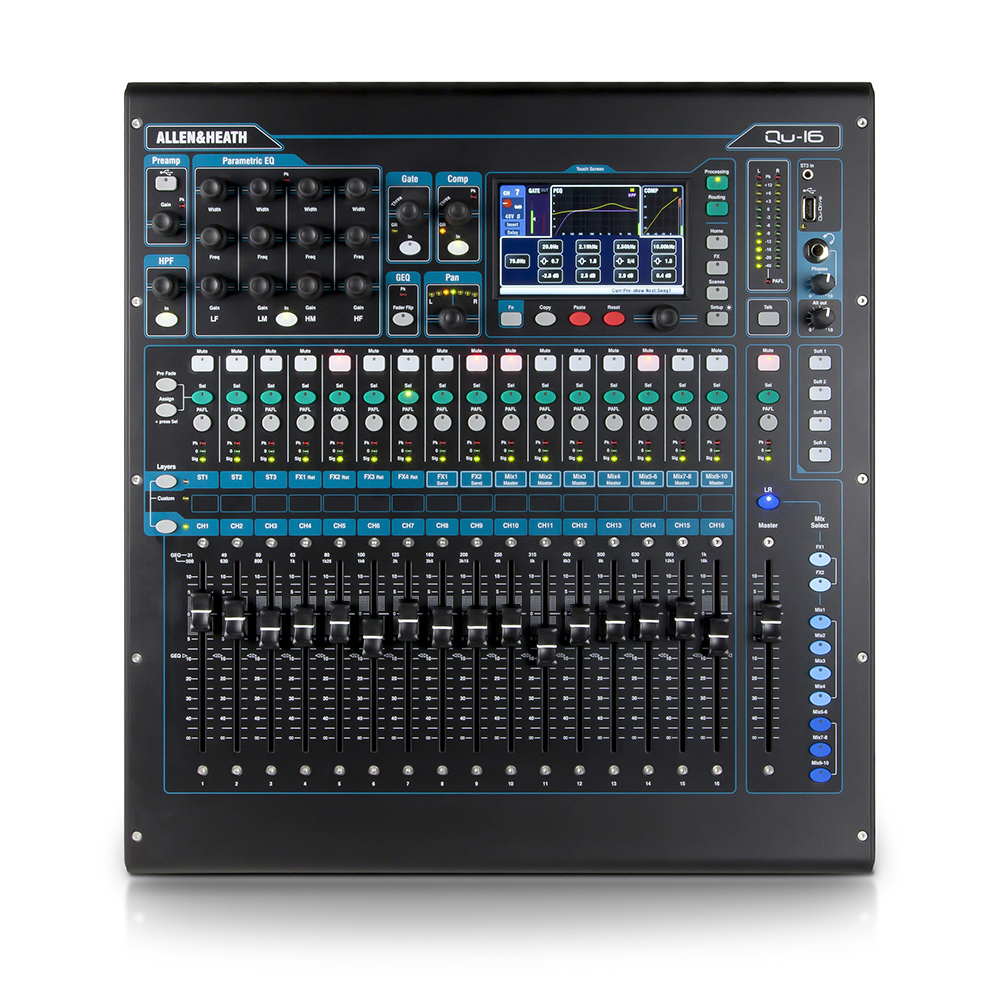 Compact, powerful, and as easy as analogue.

I’ve been using digital desks for some years now but I’m still generally reluctant to use them if I have a choice. These days I do a lot of one-off live shows and small- to mid-sized festivals and prefer the familiarity of having all the controls visible and accessible all the time. The functionality of analogue desks is definitely limited compared to the digital equivalents but with analogue I can ‘feel’ the mix whereas digital desks can push me too much towards ‘thinking’ about the mix.
If you’re doing big tours, or complicated theatrical productions (try doing King Kong with an analogue desk!) then the routing flexibility and recall options available in the digital format will almost always win the day… but for quick-setup, no-soundcheck, seat-of-your-pants gigs then I find analogue desks are easier. Of course, part of this is familiarity with the machine: analogue desks don’t have to be learnt in the same way as digital consoles, the I/O connections are obvious, and there’s no potentially confusing layers or menus to be navigated before getting sound. I might be showing my age, but when presented with an unfamiliar digital console it still feels like doing homework until I get the routing sorted and learn how to get to the essential functions.

Enter the Allen & Heath Qu-16 digital console and I can feel the analogue/digital dividing wall crumbling. Straight out of the box it looks familiar and at first glance there’s not many mysterious buttons or controls on the operating surface. Physically, it’s about the same size as a MixWizard and rack-mountable, but it’s unusually shaped: the body is only 40mm thick and it wraps around and under at the top to make a hook shape. This is a good design, Óit takes up the least space possible but provides clear access to the rear panel, and lifts the back of the desk so it sits at a good angle to see and operate the controls. It has an 800 x 480 touchscreen that doesn’t dominate the workspace; the motorised faders and audio controls do. The rear panel is very analogue-like with 19 XLR/jack mic/line ins and XLR outputs for the main stereo mix plus the 10 other possible mixes. At 10kg it’s certainly light, and the shape makes it very easy to grab, pick up and carry.

For the first time I can recall with a straight-out-of-the-box digital console, I put a mic in Channel 1, connected speakers to the main outputs, pushed the faders up and (yes!), got sound. I know that’s what you’d hope for, but still, I was pleasantly surprised. Heck, the channel gain default setting was even normal for a vocal mic!
In fact, all facets of operation aren’t at all daunting. For example, the dynamics section includes a gate and a compressor/limiter. It’s easy to use and provides predictable results. Saying that, here’s one quibble I do have: strangely, the compressor doesn’t display gain reduction in decibels; it uses a little red bar graph to indicate how hard the compressor is working. At first I thought it was to keep things simple but there are comprehensive numerical readouts for other parameters so I’m not sure what the thinking is — it would be an easy thing to include with a software update.

BUT IS IT ART?

The Qu-16 is pleasingly simple to use but there is a lot of processing power beneath the surface. According to Allen & Heath there are five dual-core DSPs to control channel and FX processing and a further five 200MHz ARM core processors for the hardware. In use, the Qu-16 boots up quickly and returns to the last used settings. The first show I took it to was an art showcase event involving several performances in one large space. Each performance involved only a handful of channels going to powered speakers but with one of my analogue consoles I would have had to share outputs and swap them around between acts, or use several different consoles (and several different outboard processing racks). With the Qu-16 I was able to set up separate inputs and outputs for each performance with settings optimised for the various acts, and it was easy to do. I had no complaints about the sound quality and having such comprehensive processing available on all channels made it easy to hone in on the exact requirements of each act. The Qu-16 doesn’t take up much space either; sometimes that doesn’t matter but in an art gallery it was neat to be able to set up the desk without the companion racks of outboard gear, and the space underneath the Qu-16, created by the distinctive body shape, was handy for storing my test mic, CD player, mobile phone etc.
The Qu-16 has a few tricks up its sleeve too. My favourite is Qu-Drive, which gives you the ability to insert a flash drive into a socket at the top of the operating surface and, once formatted, use it to record the main L/R output or all 16 channels (plus a patchable stereo pair) in 24-bit/48kHz quality. These recorded tracks can be switched to playback through the console channels enabling virtual soundchecks. A separate USB interface on the rear panel allows for USB audio to and from a DAW (Mac only at the moment). The free Qu-Pad iPad app and a wifi router in the Ethernet port enable remote control over many of the desk’s functions. Total recall of settings and scenes is possible through the motorised faders and the digitally controlled preamp gain.

Thanks to my brush with success at the art gallery show, I took the brave step of packing the Qu-16 for the Kelly Country Pick, an annual event I do in Beechworth featuring acoustic acts, mainly bluegrass and old-timey. The first thing I noticed was that I had more room in the car — the desk is smaller than even my smallest 16-channel analogue mixer and I was able to leave my usual effects rack, drive rack and delay device at home. As well as the main outputs to the PA, I had four sends of foldback and delay speakers. All these were easily configured from the desk with the main outs and foldback sends all having 31-band EQ across them. These acoustic music events are all about accuracy and purity of sound and both the performers and the audience share a keen interest in the sound quality. I applaud this attitude but it does keep you on your toes sound-wise, especially with no soundchecks and minimal time between acts. I was using my PA and the first time I fired it up I noticed it sounded different… it wasn’t a better or worse thing, just different, but it seemed quieter (it probably was) and perhaps more transparent. The virtual 31-band EQs were a little vague in operation, and they shared the dynamic processors’ quirky feature of not displaying the actual decibels of cut or boost. It forced me to make the moves by ear (not a bad exercise) but I’d still prefer to have the number of decibels as a reference. The first night’s show went well and the desk came in for some favourable comment about its looks and modest form factor.

The next night (in the same venue) was a tougher test: there were more bands on, and the room was full and noisier. Most of the acts were playing into condenser mics for the instruments, and normal dynamics for the vocals, so setting up each act was as simple as getting the right mic in the right place. I had a little of each mic in the foldback but with condensers you can’t get much out of the foldback anyway, and the acts don’t rely on it. But then a couple of acts wanted to use DIs for their instruments and hear them through the foldback. This is commonplace enough and my usual routine is to talk to the players through the foldback and get them to play; I look at the level and when it’s right I push up the channel fader and have a quick listen (if it sounds okay, I give them some through the foldback). If there’s four sends, for instance, I apply different amounts to the various sends as required. I go through all the instruments then tell the band to start. This routine is more time consuming with a digital desk. Each foldback send is on its own layer and to apply different levels to different foldback sends, in a hurry, saw reset faders flying up and down all over the place and I made a few mistakes by being on the wrong layer. I know it’s operator error but ease of operation is important when you’re in a hurry and I missed the visual feedback provided by all sends being visible all the time. That was my only complaint, otherwise it worked very well.

The Qu-16 is intended as an entry-level product but doesn’t sound or look like it’s been compromised to meet a price point. The rotary encoders are smooth and the buttons engage in a positive manner. The faders are the only things that feel a bit cheap; they are not particularly smooth, and they are a little noisy when they move, either manually or via their motors, but it’s a detail rather than a problem. I like the way the Qu-16 can be used as a complete stand-alone mixer with integrated inputs and outputs, or used as a control surface with a remote ‘brain’ via the Cat5 dSnake. It’s also compatible with Allen & Heath’s ME personal monitoring system. The easy functionality and intuitive operating surface help it rise to the top of the budget digital consoles and I can imagine this desk appealing to a wide range of users, including bands, small venues, hire companies, schools and corporate applications. It’s a small and convenient front-of-house console that will deal with any application that requires up to 16 channels and it would also make a neat foldback desk. You might say, it’s a digital console for analogue people. 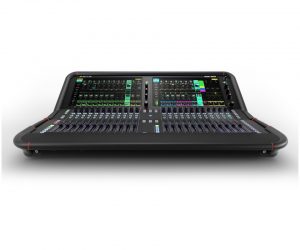 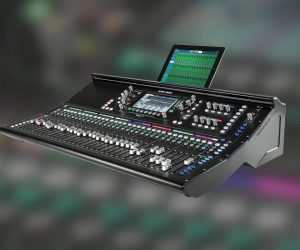 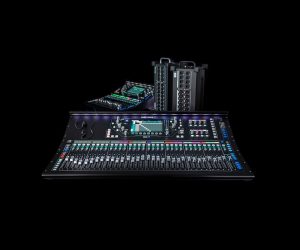 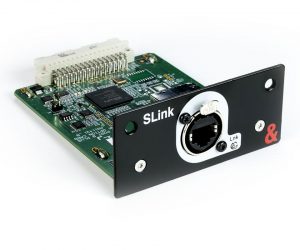 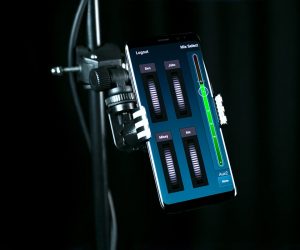 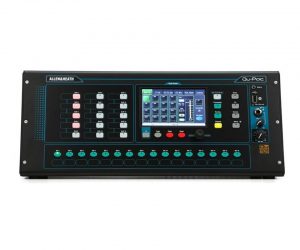 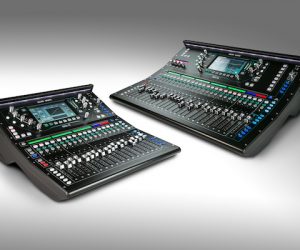 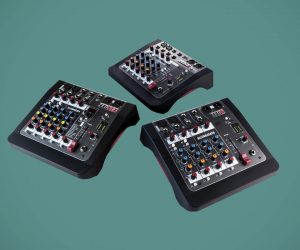 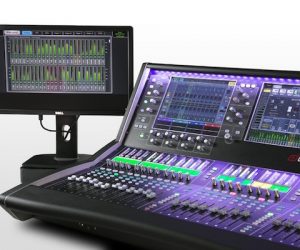 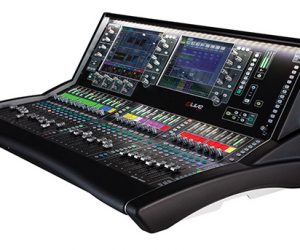