When engineers start inventing uses for your products for you, simply because they like them so much, it’s not hard to see where the next step in development should be… Just follow the crowd. Enter the hard man of the Studer Vista range.

I make no secret of my admiration for what Studer has achieved in the past few years with the Vista series of consoles. Both the main Vistonics interface and the rest of the surface have been thought out so wonderfully well that no one could really deny the company praise. More recently, a fruitful collaboration with Soundcraft has yielded the Vi6 and Vi4 complete with Vistonics 2, which is essentially a simplified version of the graphic interface with in-situ knobs and buttons that can adapt to the task at hand.

A growing number of clients have been taking core Vista boards out on the road with much success, so it was only a matter of time before the Vista 5 – with a function set so well suited to live broadcast production – got a sibling that was wholly dedicated to life on the road.

A side room at this year’s PLASA show was the setting for an ‘unofficial’ launch, but the floor at the year’s American AES show was the main launch pad. I got a chance to meet with Studer at PLASA to get a sneak peek at the Vista 5 SR and the specifics that make it a tour-ready product.

First off, it should be noted that the ergonomic value of the Vista line, and specifically the Vista 5, was a primary driving force. One-touch-everything, coupled with adaptive graphics that sit directly beneath the relevant controls will make the V5 very attractive to live sound engineers. But it’s one thing getting the wired-side right, and quite another to make sure all the technology holds together inside a flightcase. “So what we’ve done,” I was told by Studer, “is we’ve taken the Vista 5 and ‘done a job on it’… basically, making it more rugged… which means taking a look at every nut, bolt and screw in the console, and making it really solid for the road.”

In fact, a standard Vista 5 has been on tour with a big touring act for over two months now, with reportedly no problems – but there’s always room for improvement. First up, the rear section of the console has been raked upwards even further. That section holds the Vistonics screens and controls, and some metering and monitoring functions. So, while the faders are still there right in front of you, the channels, processing and everything else do not stretch into the distance beyond; nor do they get side swiped onto a generic master channel section; nor do you have to play ‘stand-up, sit-down’ through the entire set just because you were unlucky enough to be born with only to average-sized arms.

In addition, the system has had a thermal and structural makeover. Ventilation has been updated. There are now fans inside the surface, and the CPU has redundant cooling. Externally, everything from the side cheeks and the hand rest, to the main frame and the metal work has been reassessed and re-worked.

Another big difference is that the open-ended configuration of the standard Vista 5 has been reigned in just a little to make the product more attractive and less daunting to hire customers. Specifically, this means standardising the I/O to two racks – one local, one stage – connected via MADI (with redundant option). The stage box has 85 mic inputs, eight line outputs, and eight AES I/Os; and the local rack having 48 line outputs, 16 line inputs, 16 AES I/Os and two MADI ports. Furthermore the I/O is expandable, and CobraNet, Aviom cards etc will be available to SR applications that specify these standards.
To support the expansions there will be a set of standard templates for the channel/bus structure, which in Vista land is entirely flexible. Thus, while the console could be configured in just about any way you like (within the constraints of the I/O and DSP availability), there will be ‘out-of-the-box’ configurations for monitor and FOH duties that will take the hard work out of setup – think of them as leg-ups, not limits.

The desk is lit with brighter LEDs than the Vista 5, and there’s a special ‘warm’ light under a slight overhang at the top of the rake that prevents things getting too ‘stark’.

There’s already at least one tour married to the Vista 5 SR, even before its official launch, which is a sign of the trust and admiration the ‘Vista way’ already courts. (If you want to know more about the Vista 5 in detail then head back to AT Issue 52.) Aside from the physical mods, standardised I/O, and the other enhancements mentioned, this console is still a tried and tested Vista 5 underneath – which is a great place to start. 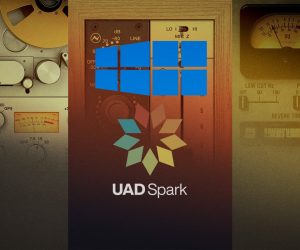 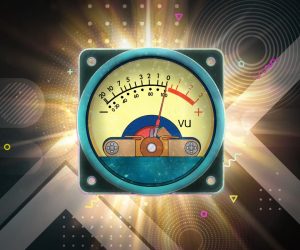 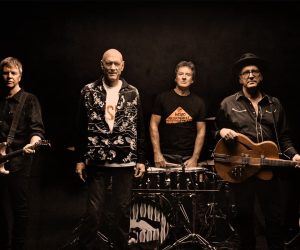 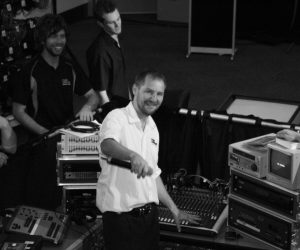