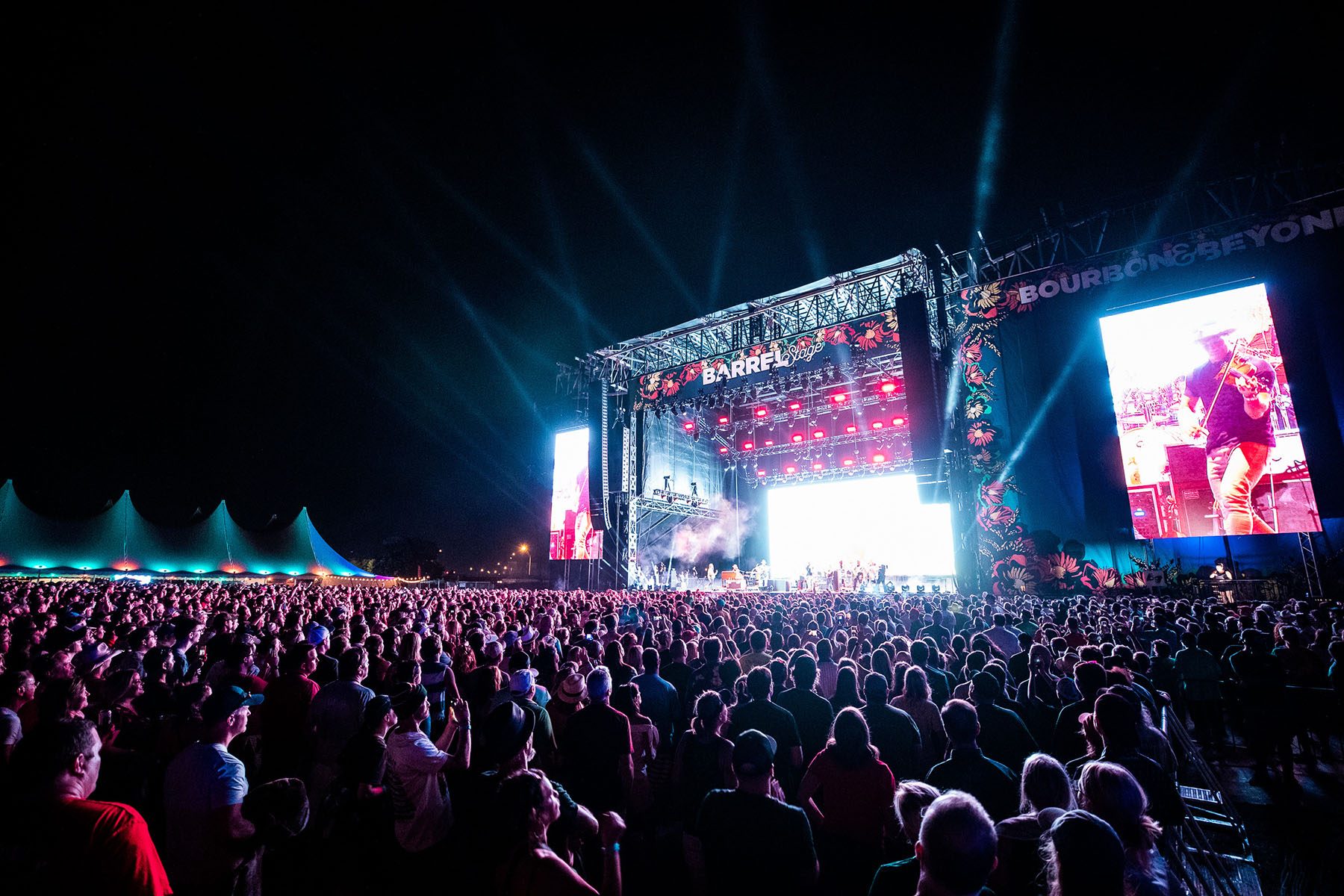 Although Louisville residents have long associated the term “Triple Crown” with Kentucky Derby thoroughbred horse racing at their own Churchill Downs, this year’s “Trifesta” may well pose a legitimate threat to that reigning royal trio title. Produced by Los Angeles-based Danny Wimmer Presents (DWP)—the concert promoter behind popular US music festivals like Sacramento’s Aftershock, Columbus’ Sonic Temple and Charlotte’s Epicenter—a Trifesta pass served as the golden ticket to get into three large Louisville music festivals held on consecutive weekends during September, each of which utilised an L-Acoustics K Series loudspeaker system deployed by Brown Note Productions (BNP) of Thornton, Colorado.

Staged at the Kentucky Expo Center’s Highland Festival Grounds, the inaugural Hometown Rising festival packed in more than 70,000 country music fans over September 14 and 15 to hear from headliners Luke Bryan, Tim McGraw, and Keith Urban, among others. The following weekend, a crowd of more than 90,000 attended the eclectic, three-day Bourbon & Beyond festival featuring performances from a wide variety of artists, including Foo Fighters, Robert Plant, and Zac Brown Band. Anchoring the final weekend of the month was the three-day Louder Than Life, which brought out 128,000 hard rock and heavy metal enthusiasts to headbang along with Guns N’ Roses, Slipknot, Disturbed, and many more.

According to BNP President Ryan Knutson, who, with the help of Soundvision, created the system design for Trifesta, each of the three weekend festivals featured two similar and adjacent stages. The primary left and right main arrays for each stage—so four in total—were comprised of six L-Acoustics K1-SB low-frequency extension enclosures flown over 12 K1 full-range elements, with six K2 hung below for downfill. Behind each of these 24-enclosure arrays was a hang of eight KS28 flown in a cardioid configuration to improve LF directivity. For added impact, two dozen more KS28 per stage were groundstacked down below, topped by 16 Kara for frontfill, while 12 additional K2 were used as far outfill arrays.

To further optimise coverage and control residential noise spill for the two larger festivals—Bourbon & Beyond and Louder Than Life—Brown Note additionally deployed three delay towers, each flying eight K2. This brought the site’s total L-Acoustics enclosure count from 232 up to 256, all of which were collectively powered and processed by 95 LA12X amplified controllers housed in custom Brown Note touring racks.

“We designed the system based on the layouts that Les Targonski, DWP’s Director of Production and Logistics, had provided us early on,” Knutson recalls. “Although the system for each of the three festivals was very similar, we still had to deal with slightly different layouts of stage thrusts, barricades, and so on. With a combination of the new Autosolver tools in Soundvision, the L-Acoustics P1 processor and M1 measurement platform, and our own workflow for system design and tuning, we felt like we were well equipped for dealing with the festivals’ challenging layout and central mix position. The use of the P1, in particular, was probably the most notable change in our workflow. Having this as part of our toolbox to analyse the system was a great addition to our normal practice of using SMAART’s analytical software platform.”

As an official L-Acoustics Certified Provider for rental (CPr) and install (CPi), and on the cusp of also being a new distributor (CPd), BNP keeps its K Series system busy throughout the year on festivals, national tours, cross-rentals to other rental network providers, and at the iconic Red Rocks Amphitheatre in the company’s back yard. And Knutson notes that his PA never fails to elicit smiles from engineers and audiences alike.

“The K1 system, especially with the LA12X amplified controllers, delivers a quality, power, and transient response that is world renowned,” he says. “Most, if not all, top engineers have toured with or had great experiences mixing on K1 for festivals like this. With its system control, filtering, power, and tonality, it delivers a voice that is undeniable. Other manufacturers have great systems as well, but when you are in front of a K1/K2 system, the sound is clearly L-Acoustics and what many engineers, like us, have come to love.”

DWP’s Les Targonski points out that the combination of the right tools in the right hands has firmly established BNP as the promoter’s production partner for all of its festivals since 2014. “Over the course of the three Louisville festivals, I had multiple production managers and audio engineers give kudos to the Brown Note team,” Targonski shares. “From their willingness to make adjustments for the comfort of an engineer, or the ease of an engineer simply being able to plug in and mix because the analyzing work had already been done, Ryan and his team are incredibly efficient, accommodating and thoughtful.

“When I called Ryan five years ago for Aftershock, I knew what I was getting, but I needed everyone else at DWP to witness it,” he adds. “All it took was that one festival to prove a point. These days, when I advance with an artist that has played one of our events, they will ask if Brown Note is my provider and if L-Acoustics is the PA. As soon as I say yes, all other questions cease.” L-ACOUSTICS PRESCRIBED FOR THE CURE