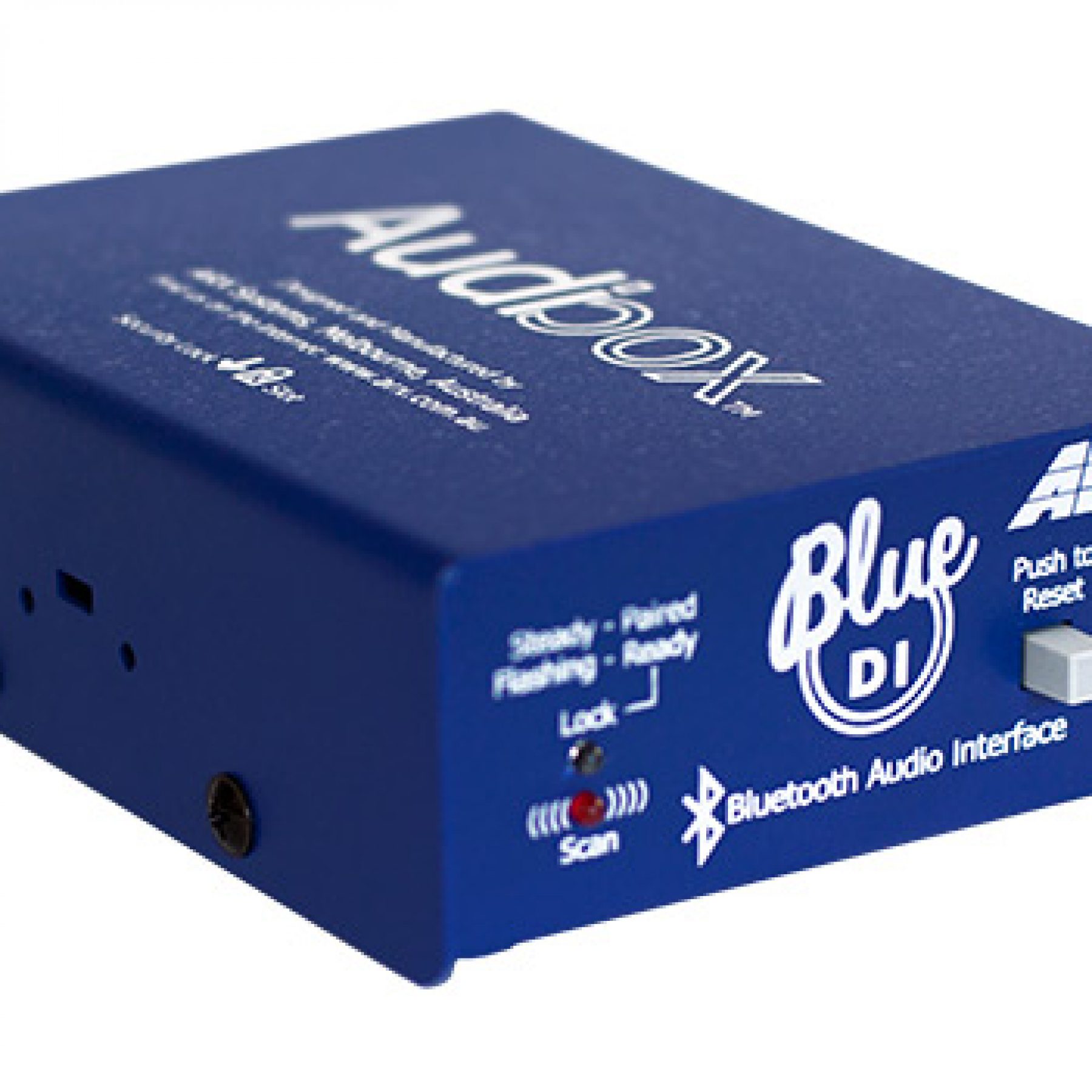 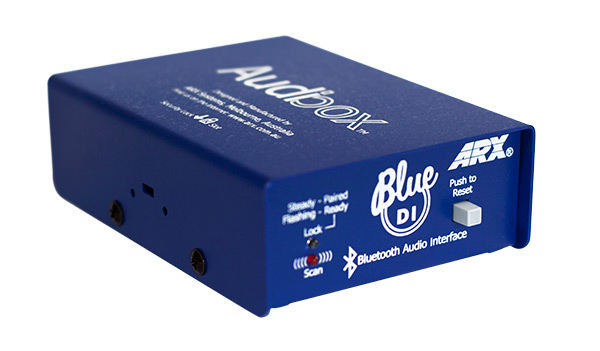 BYOD has a very specific, collaborative, meaning in  IT circles, but there’s, of course, another meaning, and anyone involved in live sound will know the hassle of people bringing their own devices. Often, minutes before a presentation, awards ceremony, or religious service, someone looking harried will approach you brandishing something from their pocket or bag. What’s it going to be today? Is it a USB stick? Is it an iPod? It it a smartphone? Is it a notebook computer? “I’ve got a song/Powerpoint/movie/photos on my [insert device name here]. Can I leave that with you?”

When it comes to audio, for some time the iPod looked like it would be the dominant device. In fact, many of us were tempted to buy ‘pro’ docking stations. But as is Apple’s wont, it changed sync connections. But the point remained: how can we professionally present audio from devices in a quick and easy manner without resorting to the minijack headphone output of the device?

Maybe the first question should be: what’s wrong with the minijack headphone output?

Well, if it’s a recent Apple product, not much at all. Anthony Garvin, in his Apple Notes column of AT106, conducted some informal frequency sweep tests and was astonished to find the internal headphone DAC of his 2013-vintage Apple MacBook Pro performed remarkably well, with less than 0.2dB of variation between 20Hz and 20kHz (@ 16-bit/44.1kHz), and a -82.5dB noise floor. He repeated the tests on a recent iPhone and iPad and came up with very similar results.

Admittedly, that’s Apple products and we don’t have comparable tests for Samsung or HTC devices. But it makes for interesting reading nonetheless, and the implication is clear: there’s potentially nothing wrong with the minijack output from the device… at least sonically.

So really the issue is the connector — minijacks are a pain and, because they’re ‘mini’, can be unreliable, and are obviously not a long-term connection solution. A minijack lead will normally have RCAs at the other end which are another connector minefield. And often they’ll have unbalanced jack adapters attached to those because your mixing console doesn’t have RCA inputs. Another problem. Or worse, you have them plugged into XLR adapters, which are just asking to lose connection with the RCA at the slightest provocation.

ARX has added the Blue DI to its Audibox range of hardware problem solvers. The premise is fiendishly simple yet clever: pair your device with the Blue DI and it will take the streamed audio and send it on to your mixer via mic-level balanced XLR outputs. This means you can pair any Bluetooth device thrown at you — laptops, smartphones, tablets, and certain MP3 players such as the iPod Touch — just so long as they’re within range (~12 metres).

Anyone who’s paired Bluetooth devices will know just what a trivial exercise this is. I had the Blue DI passing audio in moments.

The DI is active and stereo. As such it needs 48V phantom power flowing down both cables. There’s a 12V input as backup, but no battery compartment.

Once you’ve paired your device this precludes any other nearby device hijacking the connection. Saying that, if you don’t have a device connected, beware of the snotty-nosed kid with a device in the back row doing his best to stream deathcore noise through your PA.

At the heart of Bluetooth audio streaming is the ‘advanced audio distribution profile’ (A2DP) which defines how multimedia audio can be streamed. The profile includes mandatory support for the low-complexity SBC codec; optionally supports a bunch of MPEG flavours (it can, in theory, stream MPEG audio straight from your device to the receiver unit without additional compression); and is capable of support for manufacturer-defined codecs, such as apt-X (which is making its presence felt in consumer land).

This means that if  your music is 16-bit/44.1kHz the Bluetooth encoder on your phone will compress it using the SBC codec to send it down the low-bandwidth Bluetooth pipe. If your music is already compressed, then you’re going to have your audio compressed twice.

So when you ask, how good is the audio quality? The answer is: depends. It’s as good as the data compression(s).

The other answer is: it’s good enough.

The Blue DI is about convenience more than about being the last word in quality – if that’s your concern there are other ways to skin the cat. But if you’ve got a guest laptop plugged into a projector and you need the audio output for the PA, then you’ll be glad you’ve got the Blue DI in your bag of tricks. If you’ve got a speaker with an iPhone who wants to stream music during his/her presentation, well, now you can do that without running any leads to the lectern. They’re only two examples, and you’re already thinking of a bunch more while reading this. And that’s what ARX Audibox is about, it’s a range of well-priced, well-constructed boxes that will save your skin at some point.

The only request I’d have for ARX is a ‘sum mono’ button, so I could get what I need from the Blue DI from one channel. Otherwise it’s just the type of box we’ve come to expect for the Australian manufacturer: tough, no nonsense, and innovative enough to wonder why no one else is doing something similar.

Colin Park, ARX’s M.D. and Head of Engineering, responded:
“When we developed and designed the Blue DI we did consider including a mono’ing switch. However, for the Blue DI’s  Bluetooth Codec and audio circuitry to turn on and operate properly requires more Voltage and Current than is available from one Phantom Power Source (ie. one mic cable with Phantom Power applied).
“This is the reason the annotation on the rear panel of the Blue DI says it requires both Left and Right cables be used, with Phantom Power applied to both.
“While the industry standard 48V Phantom Power voltage appears to be relatively high by audio electronics power supply requirements, in a mixer this 48V is provided to each input’s XLR connector (respectively pins 2 and 3) via 2 x  6K8 resistors.
“These resistors are effectively current limiters, and with a load like a condenser mic, active DI or Blue DI connected the actual voltage that appears on Pins 2 and 3 will vary according to the current requirements of the audio device that’s connected.
“With most condenser mics the voltage drop from 48V is minimal, but with active electronics (especially digital) requiring more current, the voltage drop can be substantial, down to 12-15V DC with some products.
“The higher current draw for digital electronics was also the reason we decided not to offer a battery power feature with the Blue DI either. Testing showed that the battery life of a standard alkaline 9V battery was around 2-3 hours, which is a somewhat problematic time span in the environment where the Blue DI has found most of its applications!
“To put it in a nutshell — It won’t work without two channels of Phantom power connected!” 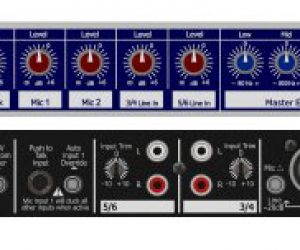 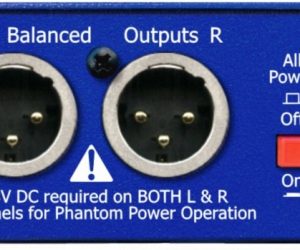 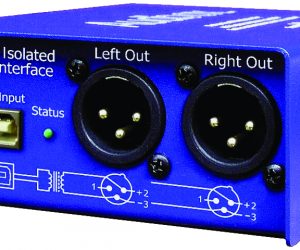 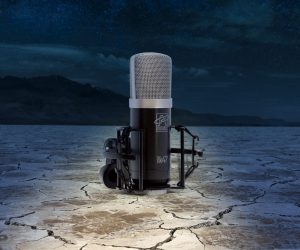 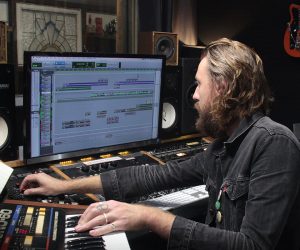 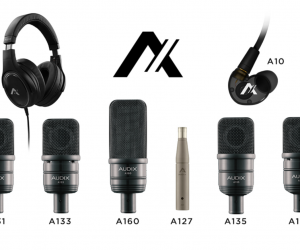 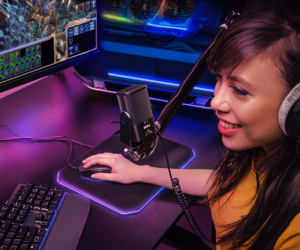 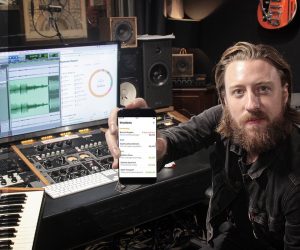 Skills to Pay the Bills – Part 1