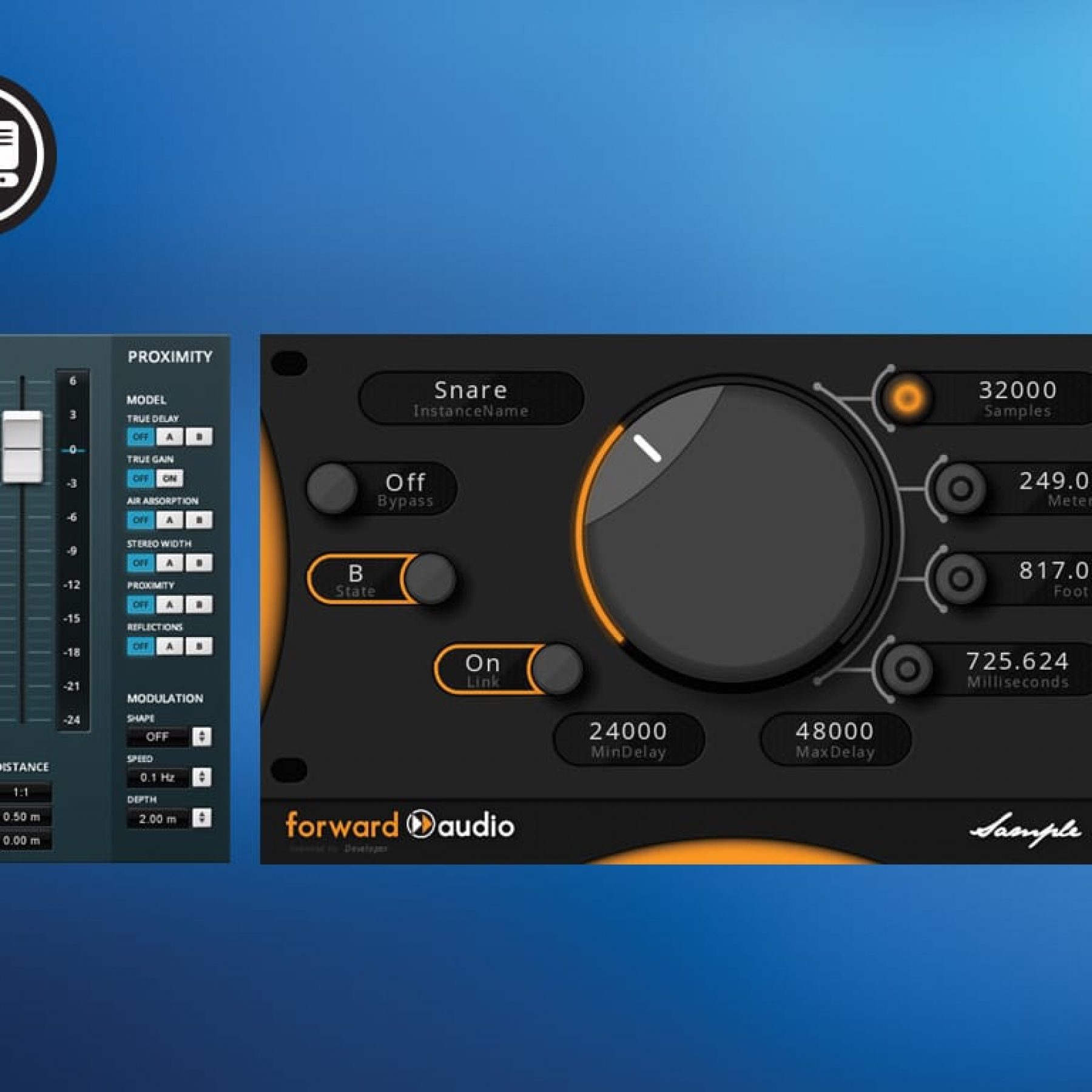 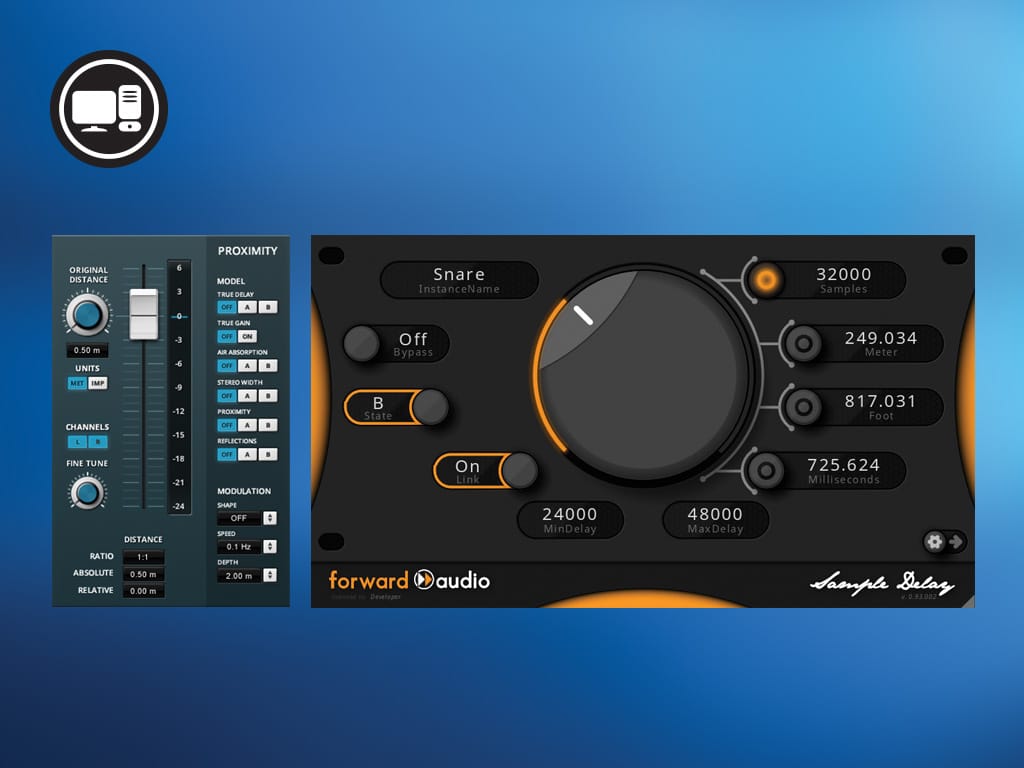 Do your mixes still sound flat and two-dimensional? Here are some free plug-ins that can help you push back the boundaries, while avoiding depth charges!

Like many other musicians, I’m often asked for comments about in-progress mixes, and recently I’ve noticed a couple of common issues relating to software reverb. The first one thankfully seems to be getting rarer, and that’s the habit of slapping in a different reverb for each and every instrument, which generally results in mixes that may sound complete but very ‘muddled’. Once you point out the advantages of relying on one or perhaps two global reverbs, each instrument feeding into them via an aux send, you end up with all sounds playing back through the same acoustic space, resulting in much clearer and cohesive mixes that more closely reflect real life.

Unfortunately, once ‘fixed’, a second related problem often appears which I’ve nicknamed the ‘flat line’ mix. By using one main reverb, you can end up with a mix that sounds rather like a gigging live band, with all the instruments panned out across a line between the loudspeakers, but all seeming to be a similar distance away, as if they were on a stage. Of course, there’s nothing wrong with this approach, and one obvious thing you can do to push some sounds further away in such mixes is to turn their direct sound down a bit and their reverb level up a bit.

Some sophisticated reverb plug-ins even allow you to choose a position for each instrument for both left to right and front to back (a great advantage for orchestral mockups where each section generally occupies a well-defined position). Notwithstanding, you don’t necessarily need such sophistication. Also, there are many other creative possibilities beyond realistically positioning the instruments from front to back as well as side to side. For instance, with a little automation and extra effects in place you could have mobile sounds that swoop towards you, or echoes that repeat while fading into the distance. So, here are some free ways to add depth to your tracks!

First up, real life is a little more complex depth-wise than simply mixing dry and wet signals, because travelling through air absorbs higher frequencies — the further away, the more top end will get rolled off. So, patch in a lowpass filter for your more distant sounds that gently rolls off high frequencies above perhaps 5kHz, to help to push them backwards in a more realistic fashion.

Another aspect is to change the reverb pre-delay time — the time between the direct sound and the onset of reverb reflections. With a pre-delay in place (typically between 10ms and 60ms on most reverb presets) the direct sound is more separated from the reverb tail, and therefore sounds closer overall. Whereas, with no pre-delay on your reverb, sounds appear to merge with it, as if they are further back and less clear. You could set up three reverb plug-ins, and just tweak the pre-delay setting on each, to say 50ms for your front reverb, 30ms for your mid-back, and 10ms for your back, and then set up three aux sends as required, to place each of your channels at one of these depths.

However, why load your PC processor with three reverbs when one will suffice? Just reduce your reverb’s pre-delay to 0ms and then feed it via three aux sends, each one containing a freeware PC sample delay plug-in set to 50ms, 30ms and 10ms respectively for front, mid and back duties. You may already have a suitable delay plug-in bundled with your DAW or in  your collection. If not, just download forward audio’s Sample Delay (www.forward-audio.de/sampledelay), which even displays its delay times in feet and meters as well as ms. Being further away, sounds will ideally need a little delay added to their direct signal as well. The speed of sound is 1000 feet per second, so an object 10 feet away should have its sound delayed by 10ms for maximum realism. Once again, Sample Delay could be the perfect candidate.

Experienced engineers may well perform these various EQ and timing depth tweaks by ear, but if you fancy a little help along the way, why not download the freeware Proximity plug-in from Tokyo Dawn Labs (www.tokyodawn.net/proximity). Essentially this provides a large slider acting as distance pan pot, along with a host of switchable options including the associated time delay, gain fall-off, air absorption, and so on. It looks rather complex at first sight, and some of the options are indeed subtle (particularly the air absorption roll-off), but you can generally exaggerate them if needed, and this is one useful plug-in, both for altering spatial depth and width, reverb distancing and for all sorts of other enhancements, such as bringing sounds closer than they were originally. You can even automate its controls to move objects in real time — why not try it with repeat echos, to push them into the distance!

My final recommendation relates to the mixing process itself. There are some mighty powerful FX plug-in suites appearing on the market that emulate expensive analogue mixing consoles, with the aim of creating a ‘bigger’ and more rounded sound, with greater depth and spatial detailing. Many people have sought this sonic nirvana over the years, first through hardware summing mixers and now via full-on virtual recreations of specific analogue desks complete with EQ and compressors on every input channel, and a cornucopia of ‘analogue randomness’ so each channel sounds slightly different.

On the other hand, Chris Johnson of Airwindows maintains that the sound of analogue mixing is fundamentally due to the way all the channels interact with each other at the mixing buss, and has instead distilled the analogue mixing process to its fundamentals with his free to download Console5 plug-in pair (www.airwindows.com/console5). I haven’t space here to delve fully into his entire design philosophy, but suffice it to say that it’s a two-stage encode/decode process — you place one instance of his Console5channel plug-in on each of your playback channels, which changes their slew rate/EQ, and then apply the reciprocal process at the mix buss with a single instance of his Console5Buss plug-in. With a single playback channel, the two processes cancel each other out exactly, but as soon as you add more channels to the mix they interact in a subtle fashion. To my ears the results are subtle yet glorious. Console5 removes any digital glare (largely due to its slew limiting), provides glue and spacial depth to mixes, adding a sense of space around each sound that aids separation, while its gentle accentuation of the mids gives them extra clarity and detail in a quite remarkable way. I was so impressed I now support Chris via Patreon!