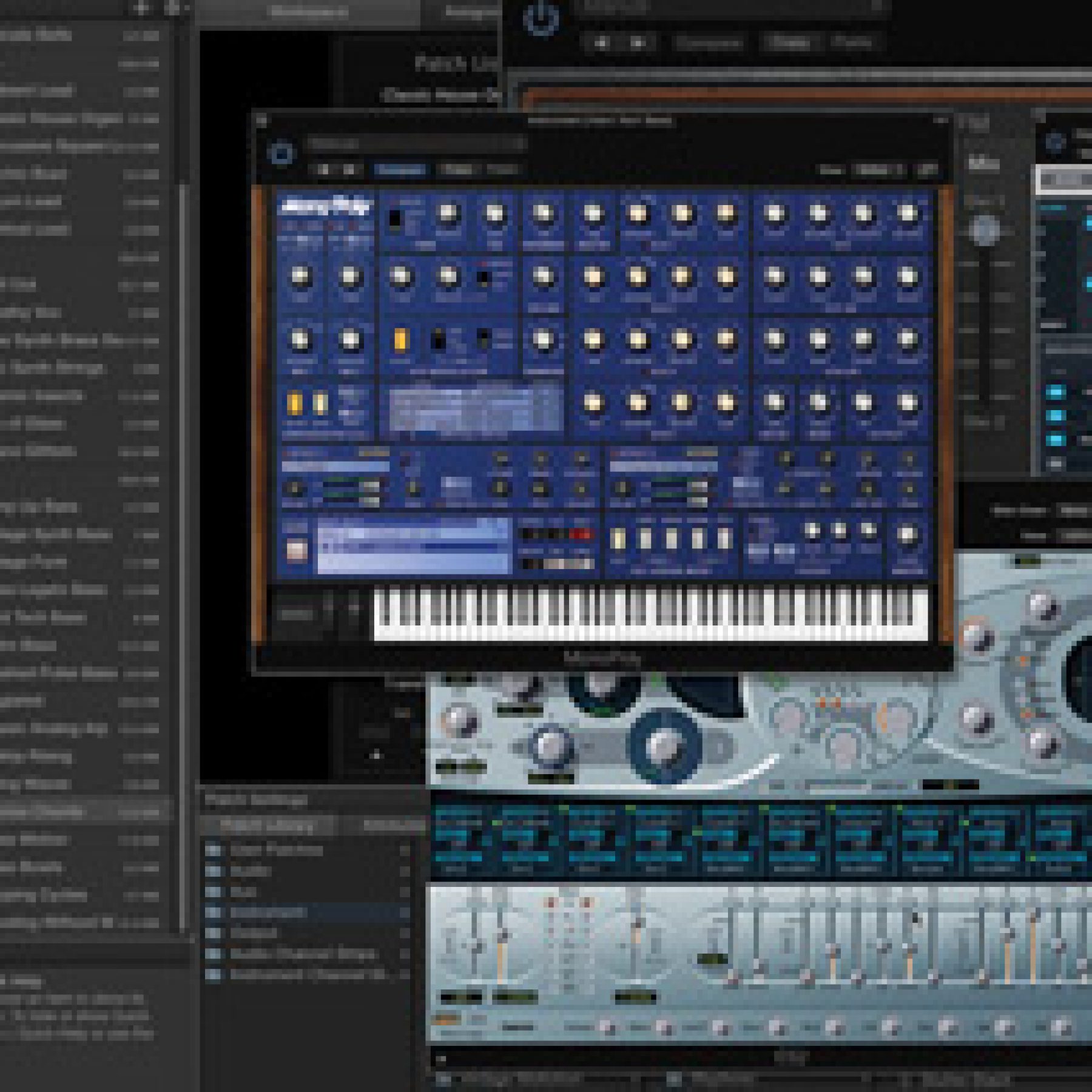 Garageband has become a default demo machine, but have you overlooked Mainstage as a budget compositional tool?

Back in the dark ages of synthesis, many a musician longed for the ability to layer the sound from one synth, with the sound of another. Imagine the phantasmagorical pad from your Yamaha CS80 combined with a cutting stab patch on your Korg MS20, or, if I’m being honest, a string patch combined with a piano! This was the stuff of dreams. Then 1982 brought with it the saviour of synth performance in the guise of MIDI. Suddenly ivory tinkling musicians could layer over a dozen keyboards and synthesisers to build super hybrid multi-convoluting soundscapes. The late 1980s, and a large section of the early ’90s, were the halcyon days of all-and-sundry synthesis. MIDI sequencing, computer-based patch editors, and an arms-race for as many synths you could run with a domestic electricity account was the order of the day.

Then, from the mid-1990s, the lines became somewhat blurred. Computer-based MIDI sequencers began to sequence audio recordings and the DAW was born. Alongside this boon came synthesisers existing completely within software — one of the first being Rebirth from Propellerhead, which gave you a pair of Roland TB-303s and a TR-606 drum machine in an app. This was a tell-tale glimpse of a technology champing at the bit to disrupt. One that would go on to enable banks of instruments to be called upon at a moment’s notice, on ever faster computers.

Let’s step back a bit. Initially software instruments, or ‘soft-synths’ as they’re known, were marketed and dispersed on a per-instrument basis — a Jupiter 8 here, a Rhodes piano there. It then became apparent musicians were asking for ways to layer and combine their soft-synths more easily, ironically akin to those aspirations predating MIDI. Sure, you could jimmy up a system within your DAW, but then saving and retrieving such patches wasn’t exactly a bulletproof scenario.

Toward the late naughties, software instrument manufacturers began to combine entire suites of instruments into get-it-while-it’s-hot packages. With an overarching control panel that accessed half a dozen instruments, musicians could recall complex patches comprising multi-instrument effects. However, these instrument suite control panels most typically lassoed only the manufacturer’s instruments (Arturia and Native Instruments’ offerings spring immediately to mind). What if, just what if you could combine instruments and effects from any instrument vendor? Enter Apple’s Mainstage.

Mainstage takes up the chase where other manufacturers remain tied to their own instrument stable. Mainstage accepts Apple’s Audio Unit plug-in protocol, opening a floodgate of possibilities. However, because Mainstage is built upon Logic Pro X technology, it includes the raft of instrument and effects plug-ins found in Logic Pro. That’s a whole lot of synthesis, beats, Apple Loops and samples, along with more traditional instruments and effects for a trifling $47. Let’s count them: 80 instrument and effects plug-ins, 750 sampled instruments, 1800 patches, and 4600 Apple Loops. The full download will take up 45GB of drive space.

You may quickly surmise Mainstage is aimed toward live performance. The concept is that Mainstage can replace a station-wagon’s worth of hardware instruments and effects with a MacBook and controller keyboard. Add your favourite audio interface and you could catch a bus to the next show. This is the logistic attraction with Mainstage — a small processing, and physical, footprint. But one of Mainstage’s less heralded functions is as a brilliant writing and pre-production tool.

As I’ve mentioned, Mainstage allows you to layer instruments alongside each other for complex soundscapes. Layer those instruments and effects up until your processor gives in — but because the software isn’t attending to all the editing and sequencing duties in Logic Pro X, there’s a metric tonne of processing left for virtual synthesis and sampling. So, sit about designing some super-never-been-heard sounds. Maybe with a couple of friends also running Mainstage. One is using only the guitar and amplifier effects in Mainstage, the other is using Mainstage for vocal effects. You’ve used two Logic Pro X instruments and an AU instrument. How do you amalgamate that with a Logic Pro X project?

Here’s the good part. The three of you have come up with a brilliant soundscape — it’s all fitting together quite nicely thanks. Now you need to flip to a recording situation where this theme can be solidified. But you need to attain these same sounds in a recording environment. Just one of the brilliant aspects of Mainstage is its ability to save a patch that can be imported into Logic Pro. It makes sense really — you’re using the same plug-ins and effects from Logic anyway. This way, everyone can have a cheap way of creating sounds and composing parts, but only one copy of the more expensive Logic Pro is required for tracking.

The easiest method when running both Logic Pro and Mainstage on the same computer is this; simply drag the patch from the Patch List in Edit mode of Mainstage, over to the Track column in Logic Pro. Boom. The same patch with all it’s instruments and effects, mixer settings and sends are recreated in Logic.

However, it can be slightly trickier if you’re moving patches between computers. The easy way is this; the Command-E key command will save your new sound conglomeration as a .patch file. Save this, to your Desktop and then move it to the computer running Logic Pro (ethernet, USB memory stick, whatever), Once there, all you need to do is drag the .patch file into the track column in Logic. Sheer and utter brilliance!

Obviously there’s a lot more to Mainstage, such as file playback, an easy to read Performance screen mode, and the ability to assign MIDI controllers to just about anything anywhere; drums, drum machines, arpeggiators, the list is more than this page allows. But, as a jamming and compositional tool, it really can’t be beaten. Especially when it’s less than 50 bucks. Get patching!