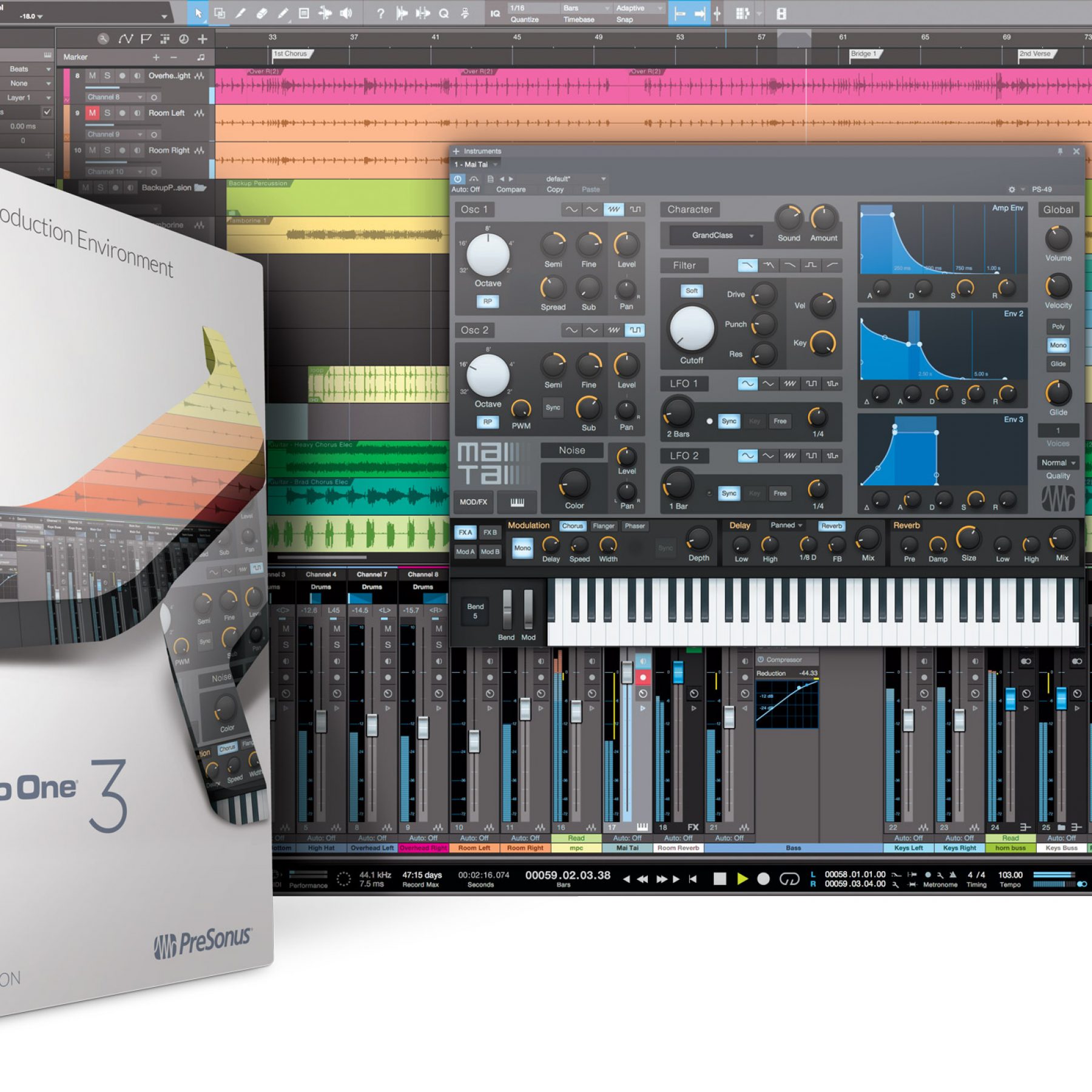 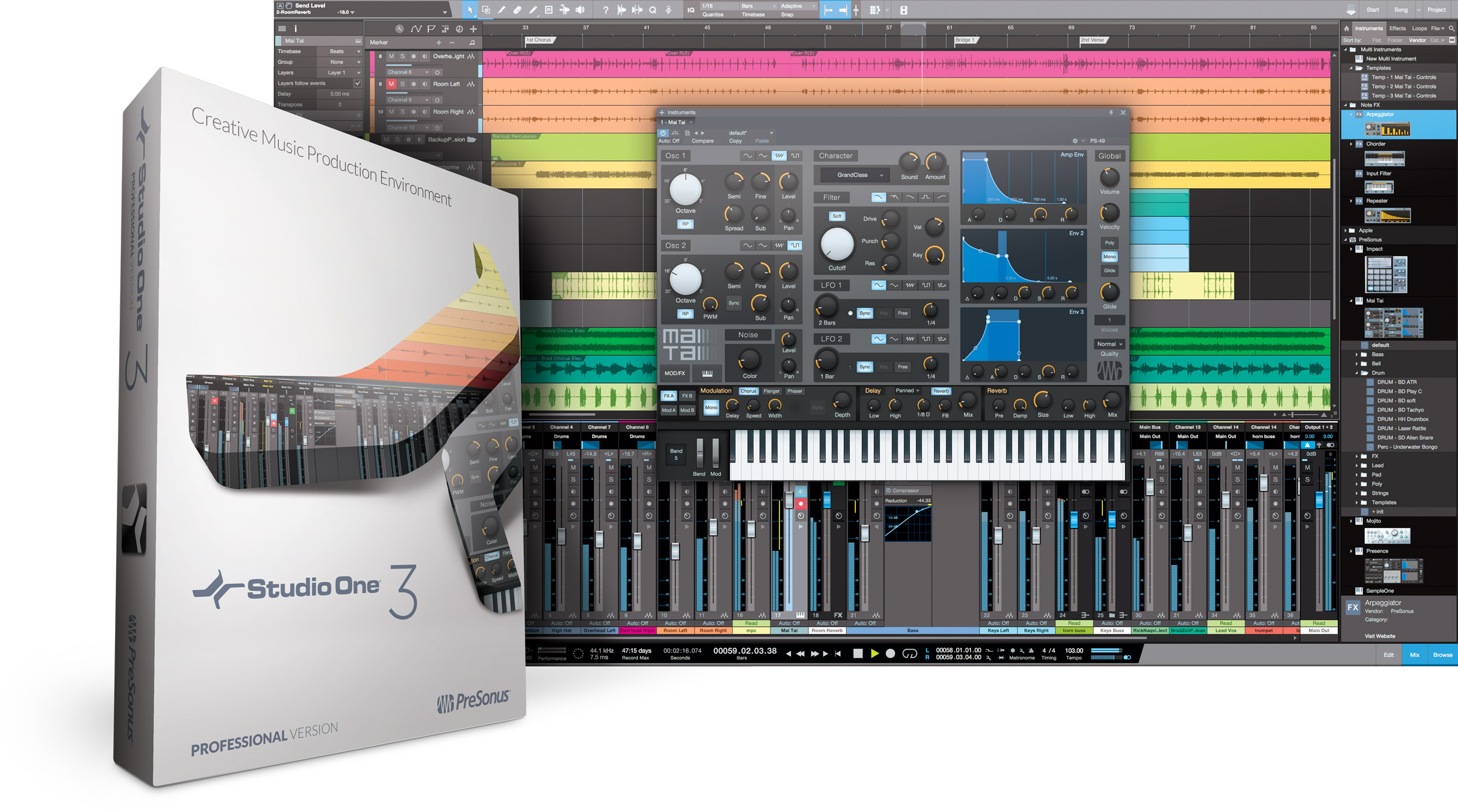 Presonus explores its creative side with the latest version of Studio One, and now you can too.

Considering how long some of the competition has been around, Studio One has become a very popular DAW in a relatively short period of time. Right from the start it’s been a rock-solid recording platform devoid of what Presonus calls ‘bloat’; a not-so-thinly disguised reference to the menu function baggage some DAWs carry, thanks to more than a decade of digital recording evolution. The challenge for Presonus over its subsequent upgrades has been adding extra power, utilities and improvements, while staying away from that dreaded feature bloat it disdains so much. With Version 3, is it still a lean, mean recording machine?

Well, it looks good. One criticism I’ve always had of Studio One was its rather bland GUI, particularly in the Mixer window. Some might call it ‘utilitarian’, others maybe ‘no frills’ — I’ll stick with bland. Thankfully, it’s had a makeover. Version 3 offers a redesigned high-DPI display primarily to cater for its new touchscreen compatibility (yes, touchscreen) and the wide variety of devices where Studio One will be installed, ranging from compact notebooks to monster 5K monitors. Overall, the GUI is sharper, offers greater contrast and a slightly more 3D appearance to satisfy colour-and-movement junkies like me. Just to be clear, unless you’re applying the high DPI to large screens it’s not a massive difference, but I’m much happier. 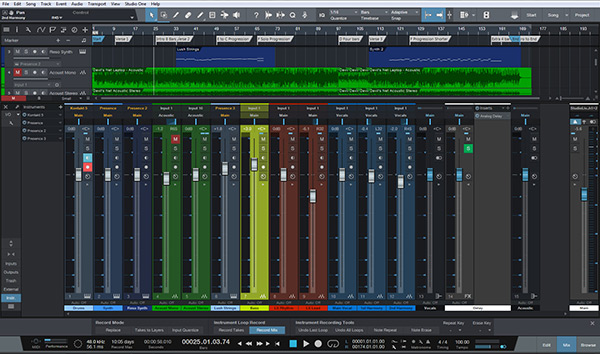 Don’t freak out over the coloured channels, it’s a new option you can enable and I’ve gone overboard to show you. The improved GUI has brought variable-sized faders (previously it was simply long or short-throw faders), these colour options and a channel focus. It’s changed the Mixer from simply functional to a much more inspiring GUI — yes, call me shallow and I don’t care. Some of you will agree that a Mixer View needs a bit of sparkle. Now Studio One has it. 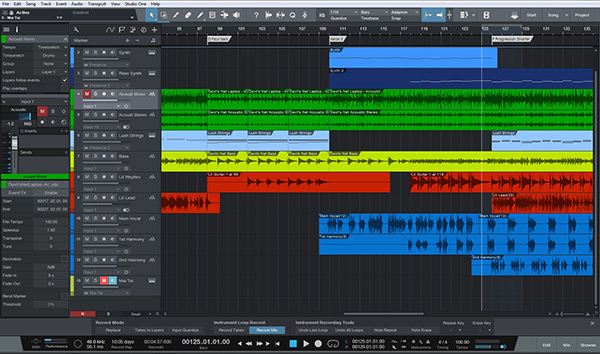 Again, with the colour options and the improved DPI display you can channel your inner Mondrian with the Arrange View. An overall Hue setting in Options can shift the background colour from subtle to sickly, across the entire spectrum. Aesthetically it doesn’t do much for me but I imagine it might be very useful for anyone suffering a visual impairment (such as colour blindness) that can be alleviated by removing or enhancing troublesome shades.

In the greater scheme of things relating to a DAW upgrade, it’s hard to get excited about an improved Browser, but Studio One’s browser has been given some treatment that streamlines file access and clip auditioning; and also includes thumbnails of effects and instruments.

Studio One’s new Arranger Track comprises labelled, coloured blocks along the timeline with an Inspector list to the left. It’s a global track that allows whole sections of your song to be labelled — a verse or chorus, for example — then you can shift or copy all regions below it to your heart’s content simply by dragging around sections on the Arrange Track. It’s impressive just how seamlessly these sections can be moved around, including transplanting slices into otherwise whole audio files. Even without shuffling parts around, the large and colourful Arranger track is a boon for seeing where you are inside your project. It’s like markers that do more than just bump you around the timeline. 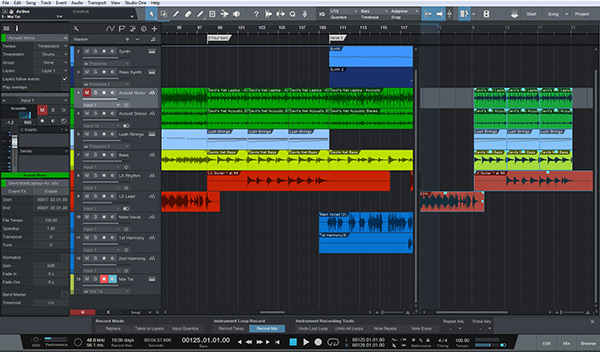 It’s rare to see completely new ideas in a DAW update, and Scratch Pad is one of those. Scratch Pads basically allow you to split the Arrange Window in two, with the Scratch Pad on the right, and main arrangement on the left. You can drag any of your Arrange track section to the Scratch Pad and perform edits in this alternative timeline (cue Doctor Who theme tune). The idea is to stuff around with your arrangements without any fear of trashing the original project, or confusing the hell out of yourself. Say you want to work up an alternative intro, but you’ve always been afraid of messing with your main timeline, now you can drag it to the Scratch Pad, try out your idea and drag it back into your main arrangement if it makes the cut. Better yet, you can save multiple Scratch Pads in your project that contain different versions of your musical doodling. Even though you can only have one open at a time, it’s a much neater solution than sticking edits at a random spot down your timeline, or saving versions of projects you may never come back to.

Version 3 introduces just two new audio effects: a Leslie cabinet emulation called Rotor Audio, and Bit Crusher. Still, with Version 3’s new FX chain routing, which can now be manipulated beyond a linear channel strip order, every effect has been given a new lease on life. 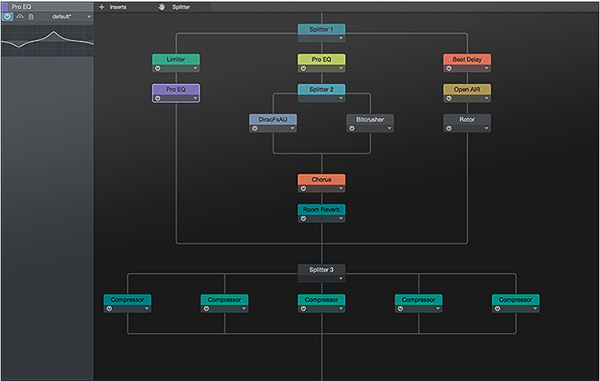 For example, a delayed signal can be split and fed into another plug-in or diverted around it to stay clean, or perhaps you’ll insert an EQ as a HPF sidechain on an effect that doesn’t have one. It allows the creation of unique effects, beyond the normal capabilities of your stand-alone plug-ins, without having to introduce load of sends and returns. 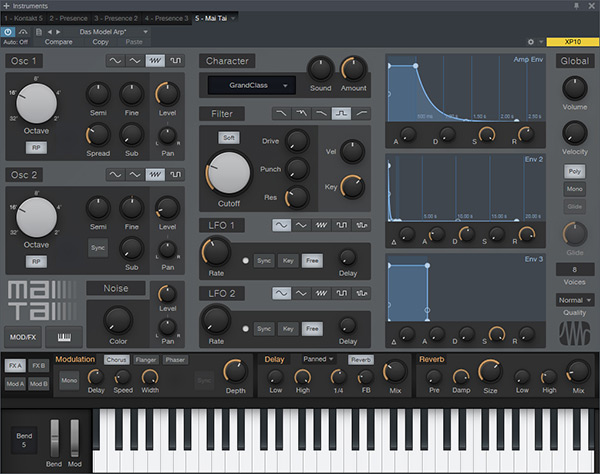 Presonus tells us that all its virtual instruments now benefit from a re-invented synthesis and instrument engine. I can believe it. New in the virtual instruments rack, Presonus has introduced Mai Tai, a polyphonic modelling synthesiser that gives you a great range of sounds from analogue Moog-ish leads and pads through to the latest full-blown digital synthesis. As soon as you insert a Mai Tai instrument on a track, be prepared to lose several hours as you check out all the neat patches. Its uncomplicated GUI encourages synth-illiterate users to dabble in creating their own. 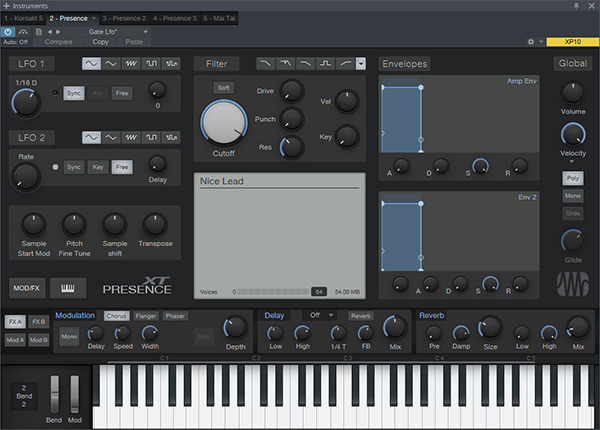 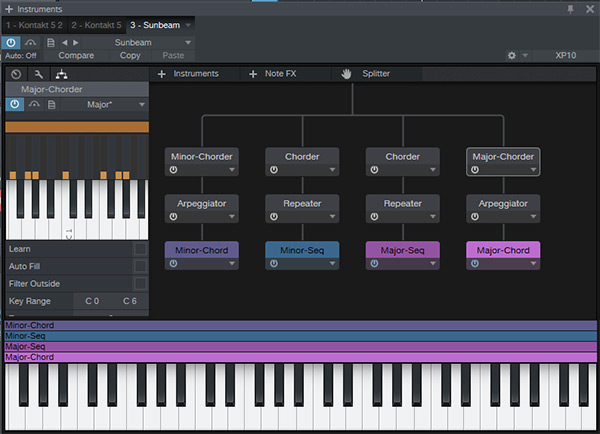 Also kind of new, Studio One’s existing Presence sampler has been turbo-charged to a  Presence XT version. Aside from extra control parameters you get additional XT Sound Sets plus three new libraries of loops and samples from Big Fish, Sample Magic and MVP — not to be sneezed at.  What’s more, with Version 3’s introduction of multi-instruments, several instances of Mai Tai, Presence XT — or any other virtual instrument — can be chained together to create complex sounds. There’s a bit of a ‘suck it and see’ factor, because goodness knows what you’ll end up with when feeding one synth into another, but it’s great fun trying.

Exclusively in the MIDI department, the new Note FX function offers four modes for turning one-fingered piano pecking into virtuoso performances — Arppegiator, Repeater, Chord and Filter. Hardcore MIDI programmers will find the four GUIs a breeze, but novices without any knowledge of musical intervals might still struggle. Nothing new about that when it comes to these sorts of MIDI effects. Figure it out and you’ll be able to play anything released by Seal in the last 15 years — including that awful song with his ex-wife singing harmonies. No wonder they split up.

On top of that, a Macro Control GUI has eight assignable controllers that will accept almost any plug-in parameter for fast access. And if automation is your thing, Version 3 now has automation curves.

Studio One 3 has significantly enhanced the DAW’s capabilities as software for composing and arranging music, but it’s not just about the Arrange Track and Scratch Pad features. With the improved instrument engine, the new Mai Tai synthesiser and the multi-instrument layering (and Effects Chains) Studio One now provides an enormous palette of sounds and patches. Presonus gives you over 15GB of samples and users should rarely need to go searching beyond Studio One for that elusive patch — unless you’re talking about high quality drum samples or guitar amp modelling. Presonus includes its Impact library of drums, but it’s fair to say these fall short of third-party samplers like NI’s Studio Drummer. Studio One does have Ampire, which works well for quick and cool guitar sounds, but again it doesn’t quite measure up to dedicated guitar amplifier simulators. When it comes to keyboard and synthesiser sounds, and samples of acoustic and natural instruments, Studio One 3 has everything well covered.

It’s not the ‘complete’ DAW — will we ever see such a thing? — but Studio One 3 introduces some really handy new features and its bloat-free performance is still super reliable.

Toe dip: An Artist version of Studio One ships with Presonus interfaces, which can be upgraded for less than the full price of the Pro version.