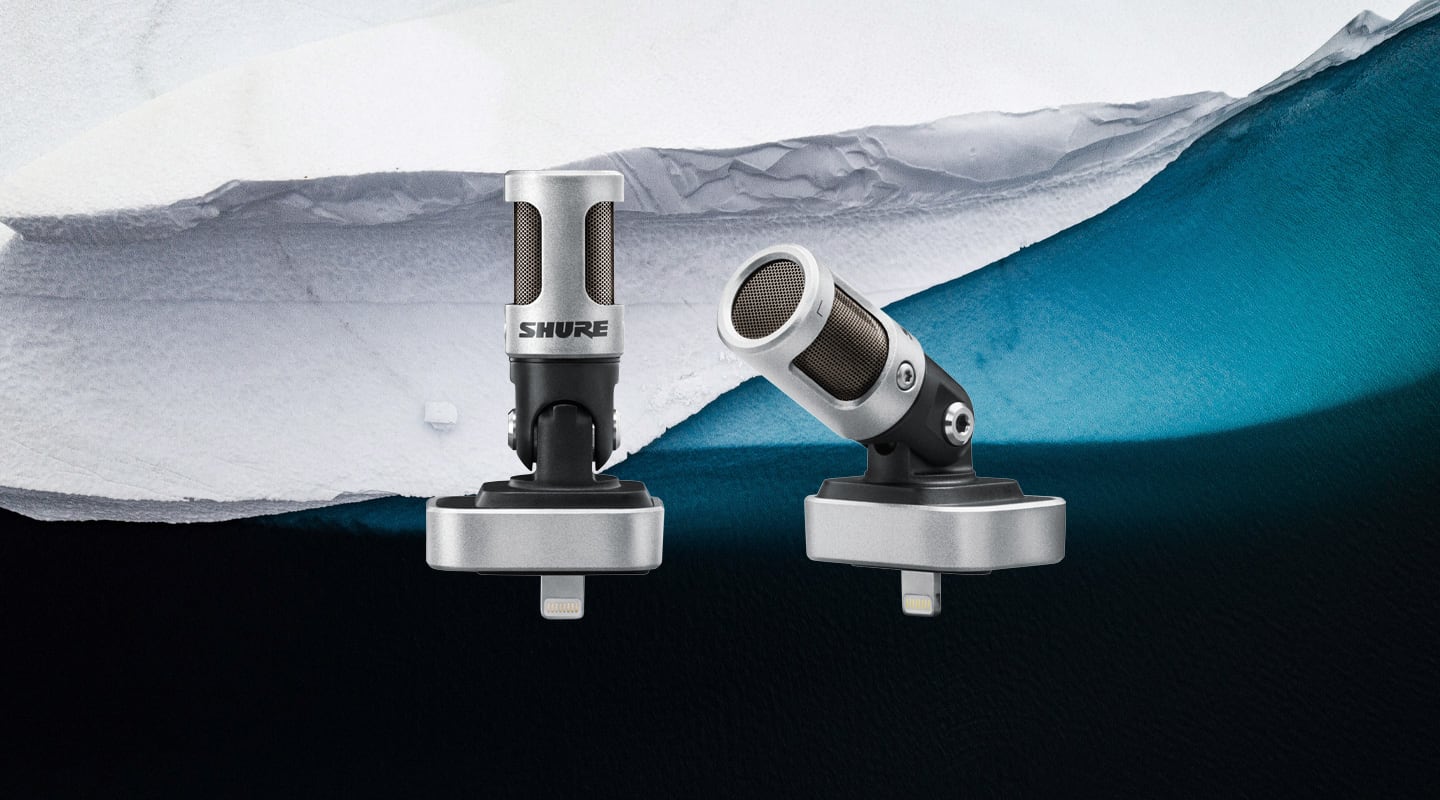 Shure has released a smart stereo condenser mic that plugs straight into the Lightning port of your (compatible) iPod/iPhone/iPad — the Motiv MV88. The stereo mic capsule pivots 90° and rotates to optimise your stereo image (there’s also a left/right flip you can perform in software). It looks very professional and feels secure when plugged into the device.

I was immediately attracted to the MV88 for a trip I was taking to Indonesia where I would be doing interviews and shooting video. I was planning on taking a Zoom recorder but I liked the idea of the MV88 for stereo recordings because I knew I’d always have my phone with me and the Shure solution represents minimal additional packing; doesn’t require batteries and the file management all resides on my phone. I was also taking an Osmo Mobile smartphone gimbal and thought the MV88 would be a perfect mic for that application. Unfortunately, the Osmo Mobile would only accept my iPhone 6 in an orientation that resulted in the Lightning port being occluded by the Osmo gimbal’s cradle — no dice, in other words. I took both the MV88 and the Zoom.

I recorded a number of ambient location recordings which I’ll use in my video edits. The 24-bit recording quality is excellent: there’s no noise floor to speak of and the detail is outstanding. Given the MV88 is plugged into/attached to the device, you need to be careful of handling noise — this is a setup that benefits from being hands-off/stationary when in record.

Naturally, there’s a Motiv app (a free download from the App Store). It looks a million bucks and is easy to use. In the File menu you can top and tail your recording and then select how you want to share your work. When you have the mic plugged in, you can adjust the width of the stereo image, or indeed you can choose a cardioid or figure-8 polar pattern. The easter egg is a raw mid-side mode, which you can manipulate for width and focus later in post.

The more standard stereo setting has some width presets or you can pinch the screen to adjust the stereo width graphic.

Additionaly, (beyond from the primary gain adjustment) there’s a compressor you can tweak, and wind reduction.

The kit comes with a nifty protective case and a mini 3.5mm extension cord. Even if your headphone connector can share the space at the bottom of your iDevice, the floppy extender cord reduces the risk of the minijack rubbing up against the MV88’s windshield, which can create unwanted noise.

The MV88 is ideal for sound recordists scouting stereo ambiences. It’s also a good fit for recording demos. For example, I’ve sat the MV88 on top of my piano when I’m bashing out some song ideas (guitarists will love it as well). It’s also perfect for anyone using their iPhone/iPad as a video recorder, with one small caveat: you need to be aware of how the MV88 might fit into your selfie-stick/gimbal-style apparatus.

The base of the MV88, which presumably houses the A/D converter, is not symmetrical. Plug it in one way and it leaves space for my iPhone 6’s headphone jack to be accessed. Plug it in the other way and it partially covers the headphone socket. That’s fine, I hear you say, simply plug it in the way that allows you to access the headphone jack. Sure. But the MV88 pivots 90° in only one direction. So if I’m doing a selfie video with the mic pointed at me rather than away from me, I have to plug the MV88 in a way that covers the headphone jack. Again, not the end of the world, but it’s an inconvenience needing to pull the MV88 in and out to check the audio of a take, and not being able to monitor the audio during setup.

If I could have explained the above paragraph in one short sentence I would have. But the broader point is, ensure the MV88 comfortably fits with your device and your existing setup. If, in all likelihood, it does, then the results are clearly superior to anything possible from your phone. In fact, being a Shure small diaphragm condenser capsule, it’ll rival any standalone coincident pair stereo mic setup… and so it should. At around $300, the MV88 is a primo alternative. But it’s worth it.

Check out one of the recordings from Indonesia made with the Motiv88 here: