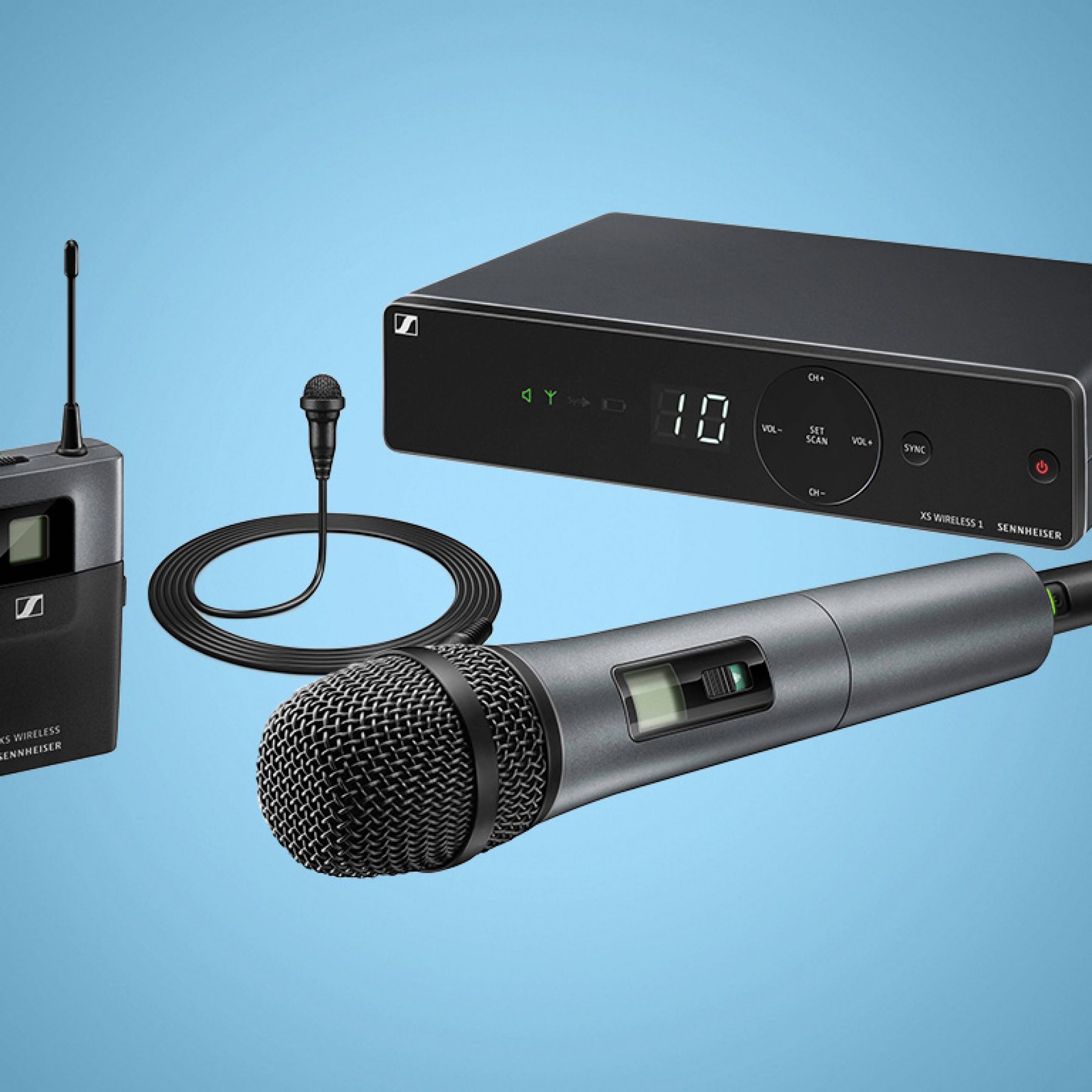 Sennheiser ramps up the numbers in its entry-level wireless offering without bumping up the price.

Sennheiser’s original XS entry-level wireless microphone system was a hit on par with Shure’s PGX line. Notwithstanding, user demands change quickly at the bottom end: more channels, better builds, cooler looks — all areas Sennheiser has addressed with its latest update to the range.

There are two broad flavours of XS wireless systems; XSW1 and XSW2. The main differences between the two are; preset vs manually selectable frequencies, 10 vs 12 channels per band, integrated vs external antennas, pushbuttons instead of dials, and plastic vs metal receiver housings. Other than that, the audio specs are the same, and they both operate within a bandwidth of 24MHz.

The XSW2 range wasn’t available [in stores now – Ed], so Sennheiser loaned us a couple of XSW1 systems for review; the XSW1-825 with handheld transmitter, and the XSW1-ME2 with the beltpack transmitter and ME2 lapel mic. Other options include a handheld with an 835 capsule, and beltpacks with a headset mic, instrument cable or e908 condenser mic for brass instruments. The system we reviewed operated in the 24MHz of spectrum between 614-638MHz.

Both transmitters have individual Power buttons and Mute switches, and a couple of AA batteries will power a transmitter for up to 10 hours. The handheld mic is a handful compared to a standard wired mic, like an SM58, and a bit chunkier than Shure’s wireless version of the ’58. The beltpack transmitter is smaller than Shure’s BLX, but isn’t petite either. It sits happily on your waistline if you’re wearing a tucked-in shirt, but if you try hiding it behind an untucked shirt or in a pocket, the bulge will be a dead giveaway.

Keeping to the entry-level pitch, the user manual is entirely pictorial. Skipping the tiny print and tech jargon meant I had the beltpack system up and running in about three minutes. It’s a pretty standard process. Plug in the receiver and run a scan by pressing and holding the centre Scan button. Once it’s happily settled on a channel, power up the transmitter, hold it near the receiver, and hold the Sync button. You’ll see a sync light flash red and green on the receiver to confirm the pair are communicating, then press the receiver’s Sync button to lock in the channel.

Sennheiser promises you can use up to 10 XSW1 systems simultaneously without them banging heads in the RF realm. It’s a numbering system, with group followed by channel numbers. If you’ve got multiple systems, avoid intermodulation by keeping them all within the same group. So 31, 32, 33, and 37 will get along fine, but you’re asking for trouble if you throw in a 45. Manual channel assignment via the Ch+ and Ch– buttons is simple to dial on the front of the receiver. If you’re mixing systems, there’s a card chart in the box showing the frequencies each channel corresponds to.

While attractively finished, the light weight of the XSW1 plastic receiver feels cheap. The dual internal antennas are configured in antenna switching diversity — which means both feed into a single receiver circuit and act as redundancies for each other — as opposed to the true diversity of the XSW2 range.

While internal antennas won’t elicit as much range, the benefit is you can chuck the receiver in a bag or case without any dismantling. Having said that, the signal transmission was very stable in my experience when the receivers were mounted at stage end within line of sight of the transmitters.

Besides the usual Sync and channel select buttons, you get volume buttons. Nine 5dB steps provide 45dB of useful level control going into your console. The next model up, XS Wireless 2, sports a continuous rotary control for managing receiver output level.

I put both systems to work at my local church. The frequency scan took a fair while longer than the first run in my lounge room, likely because of another Shure BLX system nearby, and the urban location adding more RF commotion to the airwaves. The first receiver eventually settled down and I parked the second in clear air within the same group.

When I first ran the lapel through the PA, the ME2 capsule was more eager to take off than an apprentice fighter pilot. It’s quite a toppy mic by nature, which when paired with an omni pickup pattern doesn’t result in loads of gain before feedback — especially if the presenter is the type who’ll unexpectedly dash in front of FOH to interact with the audience. By the time I managed to get more than a handful of gain from the mic the channel EQ curve resembled the Swiss Alps. The ME2 lapel is definitely better suited to very controlled environments and applications, like corporate presentations in a boardroom or audio for video. Alternatively — as is the norm for presentation systems these days — plug a headset into the 3.5mm jack and you’ll instantly have a much tighter sound that’s easier to gain up.

Gain wasn’t a problem with the handheld mic, and the 825 capsule has lots of vocal presence and clarity. High mids are pushed forward but it doesn’t sound thin. It worked beautifully for male voices and thicker female vocals. The green status LED was pretty bright and fairly noticeable when a singer is using it on a dimmed stage. My only gripe is the handling noise — rubbing the mic’s plastic exterior translates quite audibly through the PA. It pays to not shift your grip too often.

Battery life is commendable. The three-bar readout on the transmitter lets you know when to swap them out, but thankfully those moments are infrequent. I’m still in the habit of slotting in fresh batteries before each gig but I didn’t get even close to wearing out either the handheld or beltpack transmitters in a full day’s use.

Everything about the Sennheiser XS Wireless 1 system is designed for dummies. Which is great, because it doesn’t sound or behave like noob gear at all. It just presents itself with the utmost simplicity.

There’s a couple of reasons I’d recommend these for portable use. Firstly because they’re easy to set up — even if you’ve got multiple channels going. Second is it’ll go into a bag without losing or breaking anything.

Undoubtedly the biggest thing going for it is the ability to run up to 10 channels stably in a system that goes for under $500 per channel. It’s quite an achievement. It’s perfect for small- to medium-sized churches keen to ditch wired mics once and for all, or even a small venue or restaurant that needs a couple of reliable wireless channels for the odd presentation or gig. Bottom line — Sennheiser XSW1 gives you mega bang for your buck. 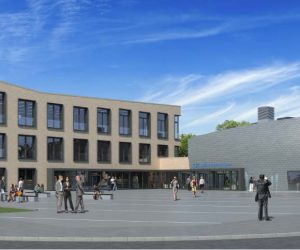 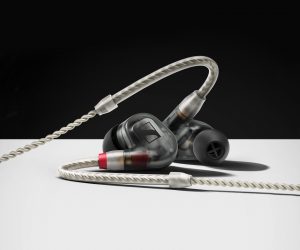 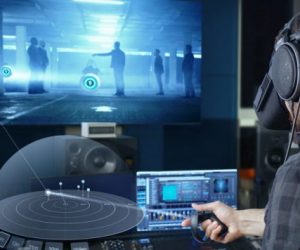 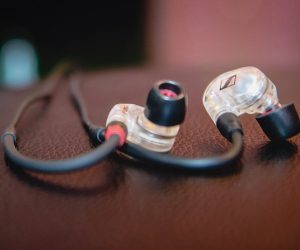 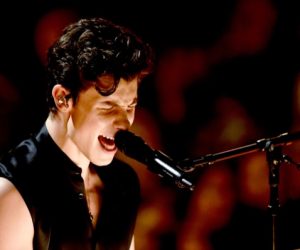 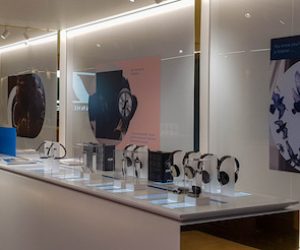 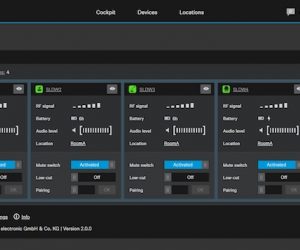 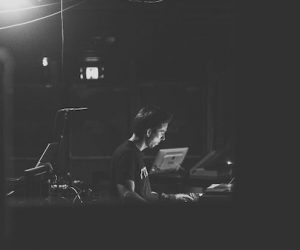 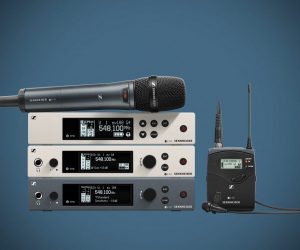