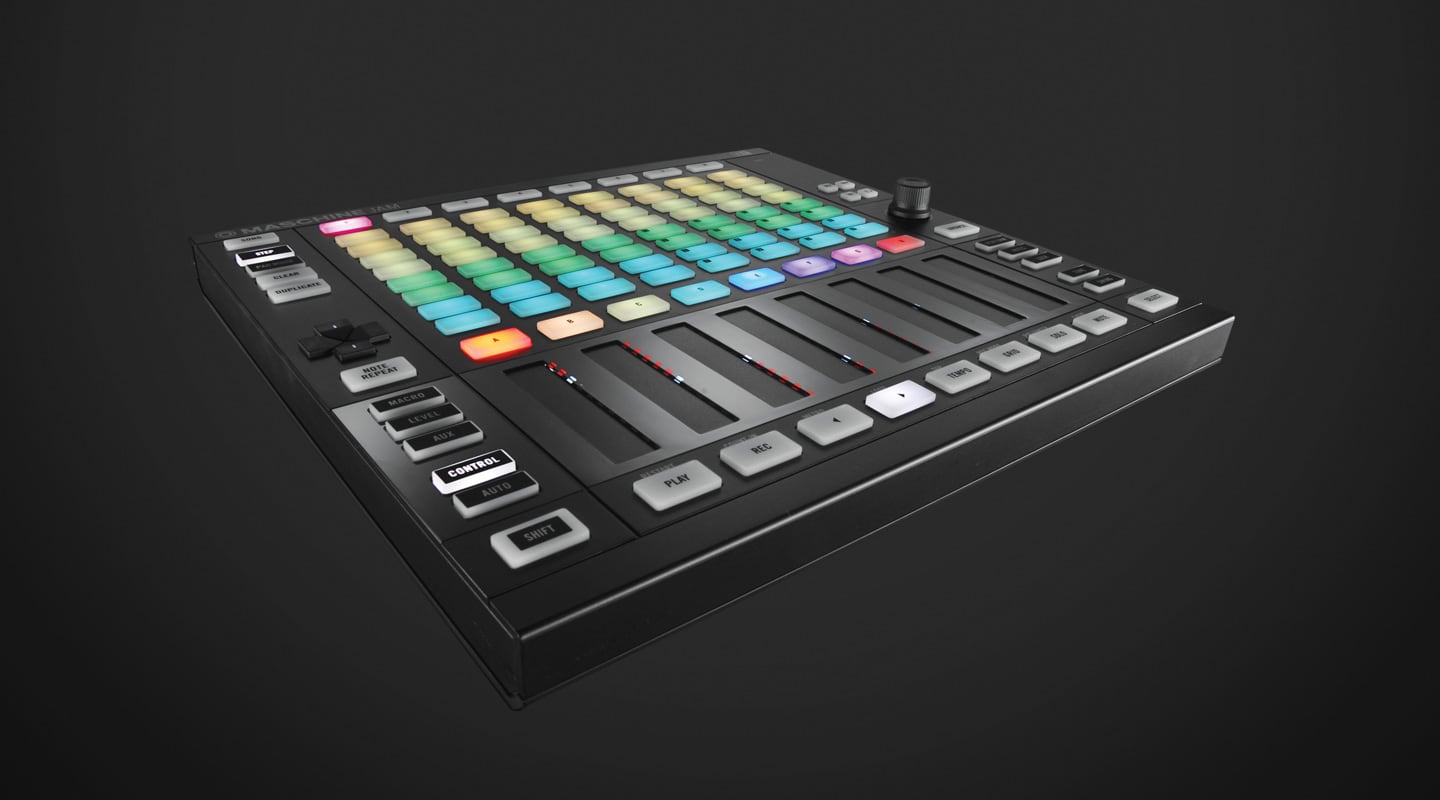 Maschine Jam moves away from the traditional MPC model to step up its sequencing game.

When Maschine was originally released back in 2008, it was a game changer without peer; the first virtual instrument to successfully integrate a dedicated control surface while retaining the benefit of using your computer as its ‘brain’. Thanks to its 4×4 grid of super-sensitive drum-pads and built-in graphic displays, it offered the same hands-on approach to composition and performance enjoyed by Akai MPC users without being shackled to a preset amount of hardware processing power.

Maschine Jam (I’ll refer to it as ‘Jam’ henceforth) is the newest iteration of this lineage, and it addresses an alternative approach to the original MPC-inspired Maschine concept, one which will be familiar to users of Push/APC/Launchpad with Ableton’s Live.

With Jam, Maschine users now have an 8×8 grid of ‘click pads’ for a much improved step sequencing experience that can double as a means for playing melodic parts. Its click-pad grid also provides rapid interaction with Maschine’s Scenes — at a glance, you can see which Patterns are active within each Group. Opposite to Live’s Session view, Maschine’s Scenes are presented in columns rather than rows, consistent with the existing paradigm of Maschine.

It also comes with a full license for Maschine 2.5 and Komplete 11 Selection, making it a potential foundation product for new users to the platform.

For owners of the traditional MPC-styled Maschine family, Jam will be a natural extension. Inside the packaging is a small bracket that attaches to the underside of the unit and elevates Jam’s profile so it’s flush alongside a Maschine or Maschine Micro controller. In tandem with a traditional Maschine controller, the two devices lock step — when changing focus to different Groups and Sounds on one controller, the other will update its status to reflect those actions. For example, you might edit the parameters of a Sound using a regular Maschine controller, while simultaneously step sequencing the same sound on Jam. Before Jam came along, users would have to flip in and out of step mode to edit sounds. Naturally, there’s some doubling up of controls when using two units, but that will only be an advantage for the super-dexterous, Maschine-centric performer.

Jam provides a couple of conveniences previously exclusive to the full-monty (expensive) flagship controller, Maschine Studio. It has hardware level metering of the master bus (and ‘clip’ indicator) and convenient access to Group levels via its touch strip-based mixer. As a long-term Maschine user, I welcome the master meter’s inclusion since I’ve always found it very easy to inadvertently clip the master bus unless I’m staring at Maschine’s onscreen GUI. The master meter can also display the level of incoming audio and the output of the preview bus.

Unlike its predecessors, Jam lacks on-board displays. It does cover a surprisingly wide gamut of Maschine’s interactivity, albeit with a reliance on the host computer’s screen. Conveniently though, when invoking functions that would traditionally call on Maschine’s displays, a ‘heads up’ on-screen display conveniently floats above all other windows, vanishing once a command or selection has been completed.

Along the bottom edge of Jam, you’ll find an array of dual-touch Smart Strips, each flanked by bar graph LEDs to indicate their current value. Cosmetically, it’s obvious these have been borrowed from NI’s S-series MIDI keyboards and they share similar performance concepts.

While not only providing a means for rapidly balancing Group levels and a meter bridge in hardware (a first for Maschine users), numerous additional functions are on offer depending on the mode selected. Smart Strips allow Macro value tweaking (assigned to parameters within sounds), adjustment of sends to auxiliary effects, per-part tune/swing settings, and alternative techniques for playing melodic parts from the strips (strums, chords, etc). Furthermore, a DJ-mixer-style multi-effect called Performer has been added to the Maschine 2.5 software just for Jam. Stutter, Ring Mod, Filter, Flanger are all available, and designed for immediate real-time interaction with the Smart Strips.

Unlike Ableton’s Push, the pads on Jam do not offer velocity or after-touch response, effectively functioning as simple click switches. Although this is a disappointment when performing melodic and percussive parts on the grid in Keyboard mode, access to step-sequencing is the primary focus of Jam and here is where it excels! Maschine versions prior to Jam were equipped with only a 4×4 grid of pads limiting the number of steps available without frequent paging. Jam’s 8×8 grid realises the full potential of step mode, offering simultaneous step sequencing of up to eight sounds. It’s fantastic for step sequencing drum parts in context and is unique to the combination of Maschine 2.5 and Jam.

In common with Ableton’s Push, when in Keyboard mode, Jam’s Click-Pad grid provides real-time performance of melodic parts chromatically or isometrically (only notes of the selected scale/key being available for triggering). On-screen, a pop-up display allows selection of scales and different modes.

In common with regular Maschine controllers, a Note Repeat function is available for repeated notes with on-the-fly selection of note divisions available on the Browse encoder. It’s implementation will be a boon for producers creating Trap-influenced beats since it’s easier to edge back and forth between different note divisions with greater precision compared to regular Maschine controllers. An arpeggiator function is easily accessed via pressing Shift and Note Repeat, with various modes available on the encoder.

Jam can be flipped into MIDI controller mode allowing control of other software and devices. For users of Ableton Live, an elaborate, deeply-integrated control script is available providing much of the functionality of Push. More than a simple one-way mapping, full bi-directional feedback has been implemented. It even provides the full step sequencing experience Push owners have access to when running Drum Racks. Control scripts have also been released for control of Bitwig Studio and FL Studio.

A criticism often levelled at Maschine by the MPC community is the absence of a Mute Group function typically used by MPC users to rapidly punch in/out several parts of a mix on the fly during a performance. Not only has this aspect of Maschine’s software been addressed with Maschine 2.5/Jam, but a sophisticated snap-shot functionality has been implemented encompassing all parameters available for automation in a Maschine project.

At the most basic level, pressing the Lock button provides an easy way to perform all manner of tweaks to a project’s mix, virtual instrument and effects parameters. Then instantly return to their previous settings by simply pressing it again. This can serve both as a performance trick and as a Compare/Undo facility.

Press Shift and Lock, and the click-pad grid displays the 64 Lock-state snap-shots in a project. Switching between these may be instantaneous or can be morphed over a user-defined period, either freely or in-sync, and you can optionally quantize it to project playback.

While this powerful feature offers tremendous possibilities for live performance, should you wish to imprint these tricks into the arrangement of your Maschine project, you’ll be disappointed to learn there is no means to record these actions as automation inside the actual project. You can work around this limitation if you’re running Maschine within a DAW. It is here that Maschine’s well-worn Achilles heel is exposed again — seven years on from its original release, its arrangement functionality lacks the sophistication required in order to complete a project from start to finish, without resorting to the migration of elements to the full production environment of an external DAW. I dare speculate that once Maschine’s software reaches version three, we’ll see substantial development of its arrangement functionality since it remains one of the areas that feels incomplete.

For the Maschine-wielding live-performer, Jam provides exceptional innovations that will without doubt see it gain traction in that context. For owners of Maschine and Maschine Micro, yearning for more hands on control without going to the expense of purchasing the flagship Maschine Studio controller, Jam will be an attractive prospect. Even for Maschine Studio owners — who already have some of the fruit offered by Jam — the Smart-Strip innovations and immediacy of a step-sequencing on the 8×8 grid will be of immense benefit.

Since Jam lacks two of the key hallmarks of the Maschine platform (most notably its large velocity/aftertouch sensitive pads and graphic displays), without a traditional Maschine controller running in tandem, the essence of what the platform provides will perhaps be missed. Whether Jam will be responsible for attracting first-time users into the Maschine family is yet to be seen. However, for the existing Maschine-faithful, with a focus on live-performance, its adoption will be a no-brainer. 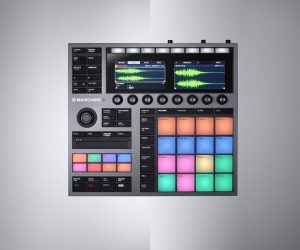 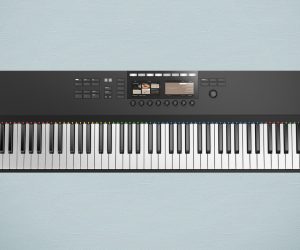 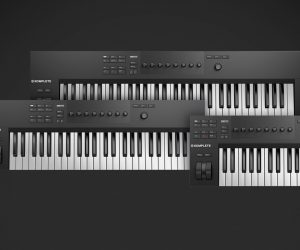 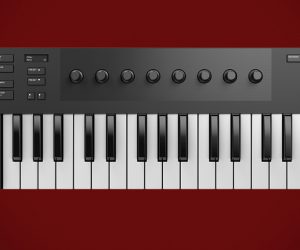 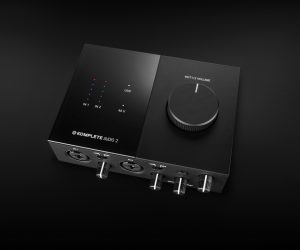 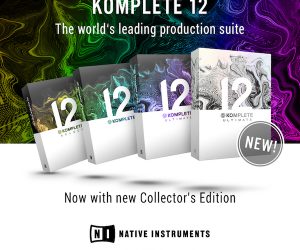 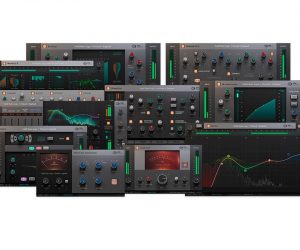 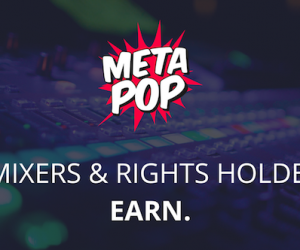 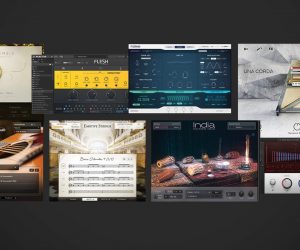 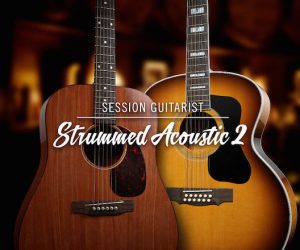 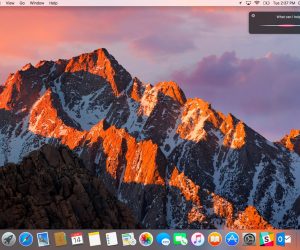