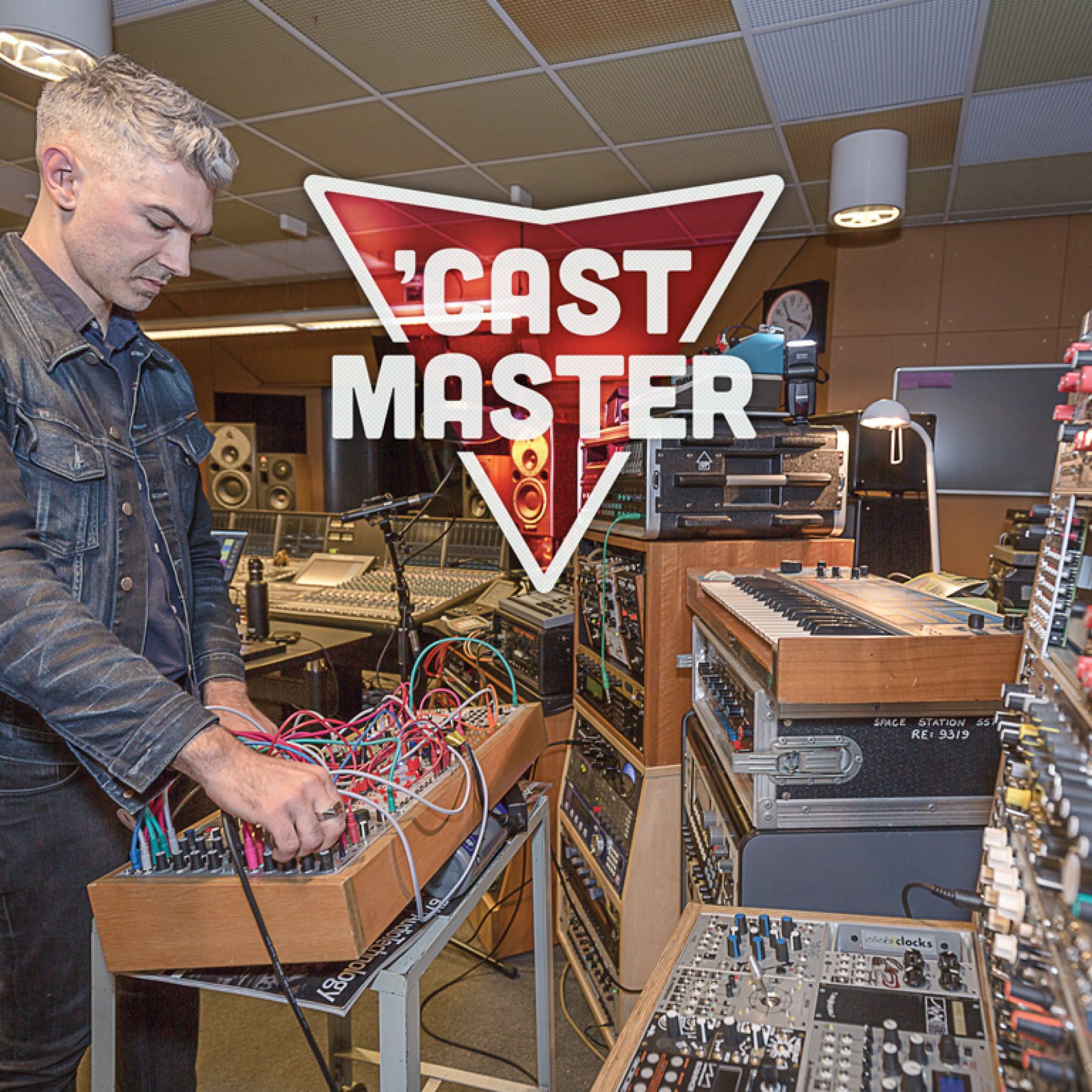 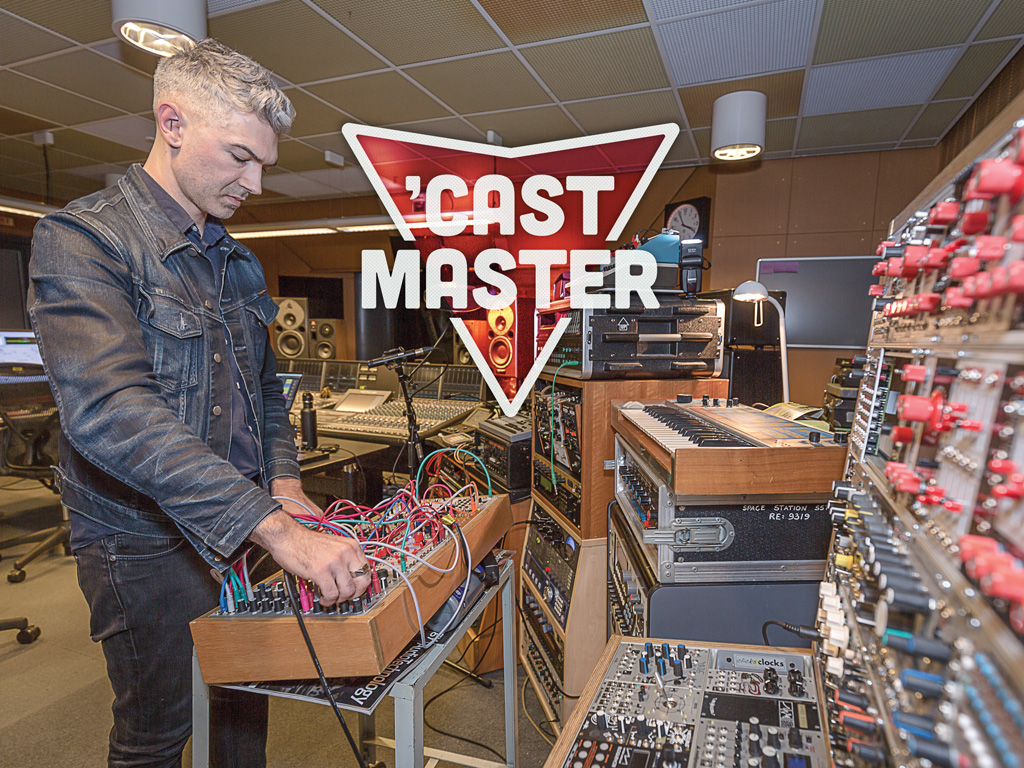 If you’ve pressed ‘subscribe’ on a podcast lately, chances are Martin Peralta has had something to do with its production.

Martin Peralta has quickly become the ‘go-to’ audio guy for podcasts from the ABC, Gimlet Media, BBC, SBS, The Guardian and The Wheeler Centre.

It’s been a busy two years for the Sydney-based producer, as one podcast project has rolled quickly into the next. “The first podcast that really kicked it off was working with Andrew Denton on Better off Dead for The Wheeler Centre,” said Peralta. “From there I went to Gimlet and did the Science Vs project. After that, I was lucky to work on the American Apparel season of Startup, as well as do some work on Crimetown. I helped out with other shows for Gimlet, but those were the main three when I was there.”

Now working with the ABC, his list of credits has grown even longer and more diverse; from the light-hearted Ladies We Need to Talk through to the harrowing catholic church abuse investigation Trace. Just as the content is varied, so are the roles Peralta plays within a project; sound design, composing music, mixing, editing and recording script reads all fall within his remit.

It highlights how podcasts are unique in the world of narrative storytelling; where projects for film or television often involve dozens of people with clear and rigid distinctions between responsibilities and departments, podcasts are a much more fluid process.

Despite how popular they’ve become, there aren’t many examples out there of typical podcast production and workflow techniques. “There are no YouTube channels for podcast composers and I don’t know anyone whose job it is to compose music for podcasts,” said Peralta. “I’ve learned a lot from the film world. Watching people talk about how they compose cues or how they put things together is really useful. I try to think of it like film; scenes within the story.”

The crucial difference to film is a podcast’s sole reliance on audio to carry the entire weight of the story. Without visuals, the driving force of podcasts is the voice; everything else within the mix must serve to highlight the verbal story.

“The editorial is the most important part,” noted Peralta. “If the main talent or host can’t be heard, then the music is too loud or too busy, or the sound effects are too wild. If it’s distracting it has to go. It kind of sucks, because the better the music is, the worse it is for the project. If it’s too distracting it has to be stripped back, made simpler, or you get rid of the melodies. The music is never the star; you would never move a voice so you could fit more music in.

“If I’m listening through to it and I forget that I’m listening to it, then everything is working. As soon as I’m distracted by the music or the sound effects, then something is wrong and I have to start again.”

Podcasts are largely consumed on headphones or computer speakers. Mixing for the format means cutting down on sonic pyrotechnics that will only show up on larger speaker systems. To keep that perspective, he references his work on earbuds and laptop speakers as much as he does on the Dynaudio and JBL monitors in the studio. “The sound design and effects should sit pretty low in the mix, or they should occur in isolation,” advised Peralta. “You just can’t have too much dialogue on top of crazy effects.

“I often sidechain things; for instance, the voice would sidechain the music, sound effects or atmos. With Gimlet we sidechained often, and used lots of hard EQ in Pro Tools. For a lot of the music there’s also a dip around 1-7kHz, and I try not to have too many instruments competing when there’s dialogue, so no strings or loud guitars. If the music is too dense it’s hard to make it stick.”

DOING IT THE HARDWARE WAY

Despite these creative restraints, Peralta doesn’t simply pull up a preset synth patch he knows will ‘just work’. He prefers to delve into an eclectic range of new and old hardware, rather than scroll though a plug-in list, when generating sounds.

Most individual episodes only allow for a week of production, so wrangling a collection of hardware synths, samplers, guitars and effects seems like an unusual choice for someone who has to hit such tight deadlines. However, Peralta reckons his kit offers inspiration that a bulging plug-in folder simply doesn’t.

“The hardware makes it much easier for me to create things fast and jump on top of the creative process,” explained Peralta. “With plug-ins I get caught up in the technology of it all, or waiting for things to boot, or the latency. There’s just so many things with plug-ins and computer-based stuff that kills the instant speed of grabbing a synth and putting it through a pedal and playing something.”

The hardware approach also saves time during the mix, as filtering and effects are baked into the sound. It all makes perfect sense, but surely that giant Eurorack modular synth rig sitting in the corner sucks plenty of time into its esoteric black hole. How can designing patches from scratch fit into short production times? “I don’t have time to noodle, so I go in knowing what I want rather than turning it on and jamming for hours,” assured Peralta. “Having so many options with sounds, samplers, effects, oscillators and sequencers in one box is great. I recently needed a cue to tell the listener they were listening to a flashback, so I went in to make that sound. I got a couple of oscillators going, fired up the Make Noise sequencer, added some filter and reverb. Then that all went through a tape delay, the Eventide Harmoniser and the Manley preamp. It sounded perfect and took half an hour. It would have taken me longer with just plug-ins.

“You don’t have to trawl through sample libraries, you just twist it a little bit and suddenly you’ve got a whole new sample library. Having a modular really helps because you pick your own palette, and know it all works together. You turn it on and it will be doing things that sound good straight away — it’s almost like a template.” 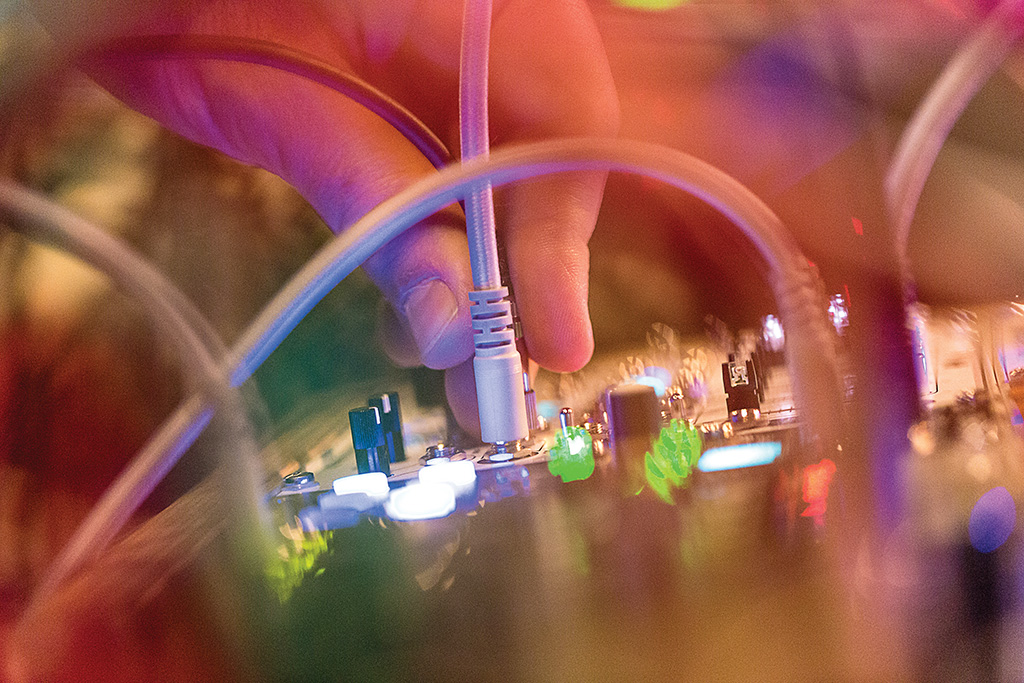 Forming a signature sound for each series is something Peralta strives for. Choosing the sonic characteristics of a podcast series isn’t always easy. Often decisions have to be made before scripts are even written. “I like to set myself up for a challenge,” said Peralta. “Every show is different, so you have to be prepared to go with different techniques. For Ladies We Need to Talk it was all about cheesy beats from old drum machines and ’80s synth vibes. With Trace I decided to compose everything with textured drones and light music. I was going for that Scandinavian vibe of Olafur Arnalds and Nils Frahm; make it more like a score or a soundtrack.

“Unravelled used more traditional true crime sounds. The series is about the unsolved death of an indigenous boy in Tamworth, but I didn’t want to rely on twangy guitars and didgeridoos.”

Sometimes the decisions about what sounds not to include in a podcast is just as important as the sounds that make it into the mix. The omission of traditional foley within a narrative helps keep a contemporary podcast from veering into ol’ timey radio play territory.

“I try to avoid cliches or signposting things too much, but sometimes if you don’t do the cliche it just sounds weird,” explained Peralta. “You have to make a choice whether to go literal or figurative. Often I try to emulate the vibe within the music. If the story calls for footsteps or a train sound, you create something that has that feeling without relying on straight sound effects. It’s very tied to the scripting, but I do try to avoid falling into the same tricks.”

While many podcasts are released on a weekly schedule, an audience will often binge an entire season in one sitting. Even the catchiest theme song can become annoying by the sixth episode.

In order to escape the contempt that familiarity breeds, he alters each theme tune over the course of a season, matching the mood of the episode or building into a more complete theme as the series develops. By multi-tracking the original musical sketches, he can mix and match elements depending on what works best for the episode.

It’s impossible to ignore the heavy themes of his podcast catalogue; murders, pedophilia, death, crime. Hardly the better elements of humanity, and not exactly the sort of topics you want to spend your working hours delving intimately into.

“Better off Dead was the hardest I’ve ever had to work on, because I worked for hours and hours on it, editing the words of people who died,” recalled Peralta. “Sometime I’d start an episode and the talent would be alive and then that week they died. Andrew Denton is great at what he does, so the way he structured the podcast, you really grew to like these people… and then they’re dead. It happened every single week. It was pretty hard.”

Another challenge is piecing together the hodge-podge of media and recording formats, as well as interviews and narration from non-professionals. When someone is detailing the abuse they’ve suffered, empathy takes precedence over recording the perfect take.

A good example of this occurs in Trace, where some of the key interviewees have acute learning disabilities. “Sometimes the editing brain tells you to edit things out or tighten it, but we decided to leave it because we’re not going to change the way the talent sounds,” explained Peralta. “That’s the way they talk and it’s natural. You try and support it by using really simple textures or drones underneath.”

There’s a lot to balance and juggle in the podcast game; some of it is creative, some of it is technical. Ethics interact with crafting a slick narrative, and the clock is always ticking. Peralta wouldn’t have it any other way: “I’m always thinking, listening, researching, learning and testing. When I’m in the studio, sometimes not much happens — it might all happen overnight or there’s a burst of amazing stuff where everything gets done. It stresses me out, but I think there’s something about a deadline that helps you make decisions.” 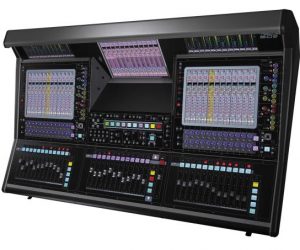 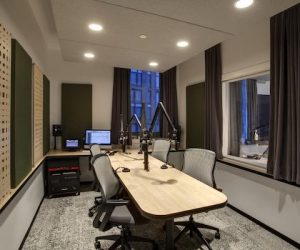 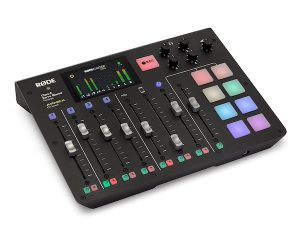 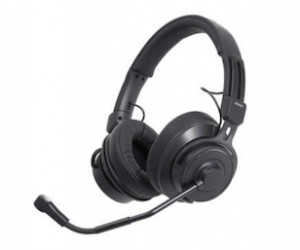