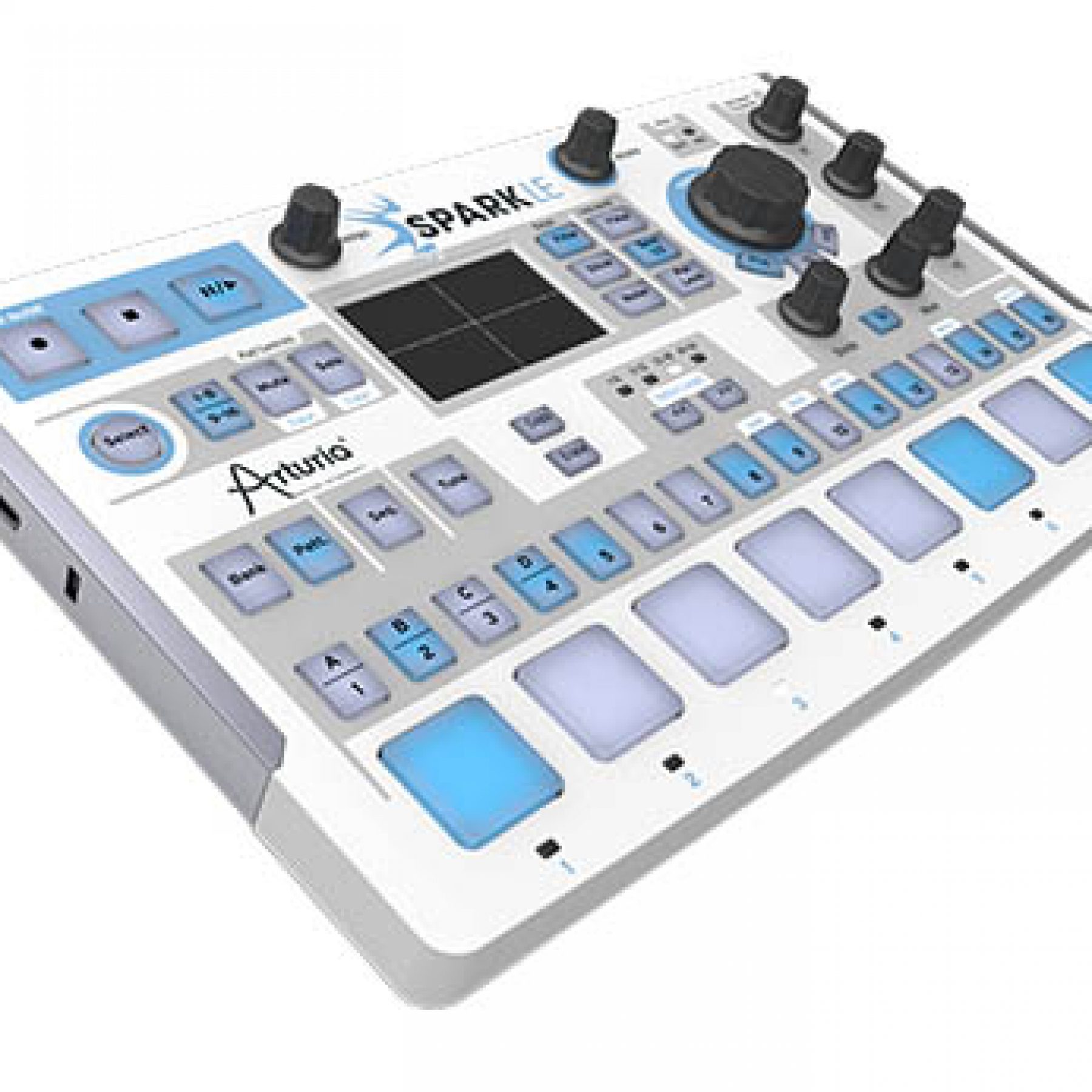 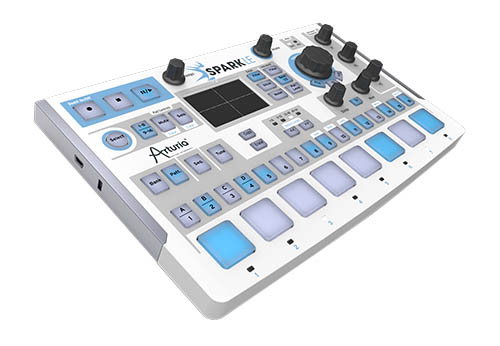 Arturia trims the excess off Spark to let the good stuff shine through in SparkLE.

The drum machine. The format has fallen in and out of mainstream favour over the last couple of decades. During the 1980s and ’90s, these devices were a mainstay of all electronic musicians’ equipment lists. Yet come the 21st century, the drum machine faded into obscurity as computer-based DAWs and plug-ins took over. In some ways this was a shame, as hands-on rhythm programming can be an incredibly immediate tool in its own right. Arturia is one manufacturer that’s acutely aware of this avenue of beat production, and served the electronica community handsomely with the Spark ‘beat production centre’ in 2011. Spark is a hybrid design consisting of a tactile control surface tethered to computer-based sound generation and programming software. The best of both worlds in many ways: the breadth of software synthesis and recall combined with a drum machine-style controller.
However, the original Spark controller was quite a large beast. At 36 by 27cm, it took up a huge chunk of desktop studio space. And in a world where bedroom producers are squeezing themselves into ever smaller creative caves, I’d imagine many asked for a compact version of the Spark control surface — enter the endearingly monikered, SparkLE.

THE NOT SO LIGHT

Traditionally, the ‘LE’ suffix usually implies a sawn-off version of software or computer-related hardware. ‘Light Edition’ is the typical expansion of the acronym. While the SparkLE controller may indeed be a sawn-off version of the first Spark controller, I don’t believe it’s missing anything a percussion controller surface requires.
As mentioned, the SparkLE controller is petite in comparison to the Spark controller. It sits flat on your desktop or lap and measures a mere 28 by 17cm, and sits a meagre 17mm high (plus knob height). It’s a nice size to have alongside your laptop or computer keyboard, and quite suitable for taking with you in a backpack. It even comes with a neoprene, flock-lined, carry bag for on-road protection. Very tidy.
Across the lower section of the SparkLE top panel are eight velocity sensitive pads accessing two banks of sounds. They do the trick, and light up blue when you hit them. Sweet! Up from here are the typical 16-step buttons for step programming drum patterns, just as you’d find on any old-school rhythm machine. This doesn’t restrict the unit to 16 steps per bar, as pattern length can be extended to 64 steps when required.
Over to the right of the unit are three assignable instrument parameter editing pots, then to the left is a large knob for choosing Project, Kit, and Instrument presets. To the top are dedicated volume and tempo knobs, and below these is an XY touchpad. This controller device is gold, and with it you can affect filters over either individual instruments or an entire kit. It can also be used to trigger a ‘Roller’ effect whereby the pressed instrument pad can be forced to repeat at particular bar divisions, and a ‘Slicer’ function slices a pattern and forces the pattern to repeat from 1/64th through to ¼ sections of a pattern — kinda neat for live performance or those with an Attention Deficit Disorder. Again in the performance department are pad, mute and solo buttons and record, stop, and play/pause buttons. The controller can also be bumped into MIDI mode where each button and knob can be reassigned MIDI output duties so you may control other MIDI devices or software. All this functionality (and more) is embodied in a controller that feels as though it will take a right thrashing for years to come.

On the surface, as it were, SparkLE seems pretty straightforward — it’s a rhythm programmer. How complicated can it be right? Well, let me assure you there’s a whole lot more going on under the bonnet in the Spark software. This is the same software you’d acquire if you bought the bigger Spark controller and it’s quite powerful. Firstly, the sound library is immense, with sample and audio concoctions covering just about any drum and percussion sound you can imagine or recall. The software includes sample playback and layering, along with Arturia’s virtual analogue engine, and a physical modelling engine. That’s a ship-load of sound generation options completely at your disposal. Samples include a stack of vintage recreations such as the Roland TR lineage, and Simmons kits, along with LinnDrum, Drumtraks and Oberheim DMX-style sounds. Then there’s house, dubstep, techno, hip-hop, and r ‘n’ b-style kits (if pigeon-holing sounds is your bag) and a bucketload of acoustic style kits.
The editing possibilities are impressive, with pitch, panning, decay, attack, and filter control (with resonance) over each sound. Equally impressive is compliance with other systems. You can export patterns as MIDI files or audio files. Plus, 16 separate outputs are supported should you have the I/O. When you come to combine all this power, there’s intrinsic control over pattern and song compilation, and a rudimentary mixer with access to a pile of insert effects and two sends from each channel through to return effects. The software is supplied as a stand-alone program, or as plug-ins for Audio Unit, VST, RTAS-based systems, with Avid’s AAX protocol in the pipeline.

I think the deciding factor as to whether SparkLE is for you, is if you’re happy having your rhythm programmer tethered to a computer. Some may prefer their rhythm programmer to be self-contained. But that said, the Spark software itself is actually worth owning simply for the sound creation possibilities and the quality of the sounds — the controller is really the tasty icing on an excellently prepared cake. As a performance device I believe Arturia has sacrificed just the right amount of accessibility (in terms of tactile buttons and knobs) while providing a friendly rhythm programming interface. I’m sure the format will inspire beats producers in exactly the way ‘drum machines’ always have. 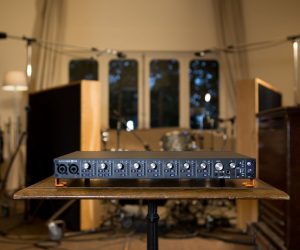 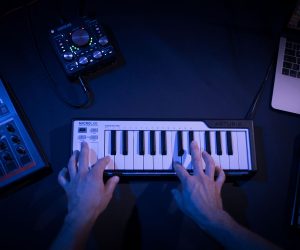 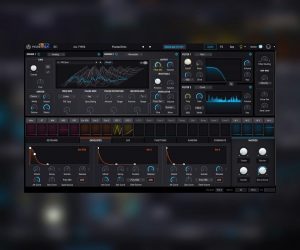 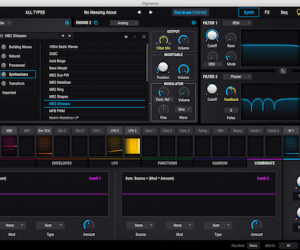