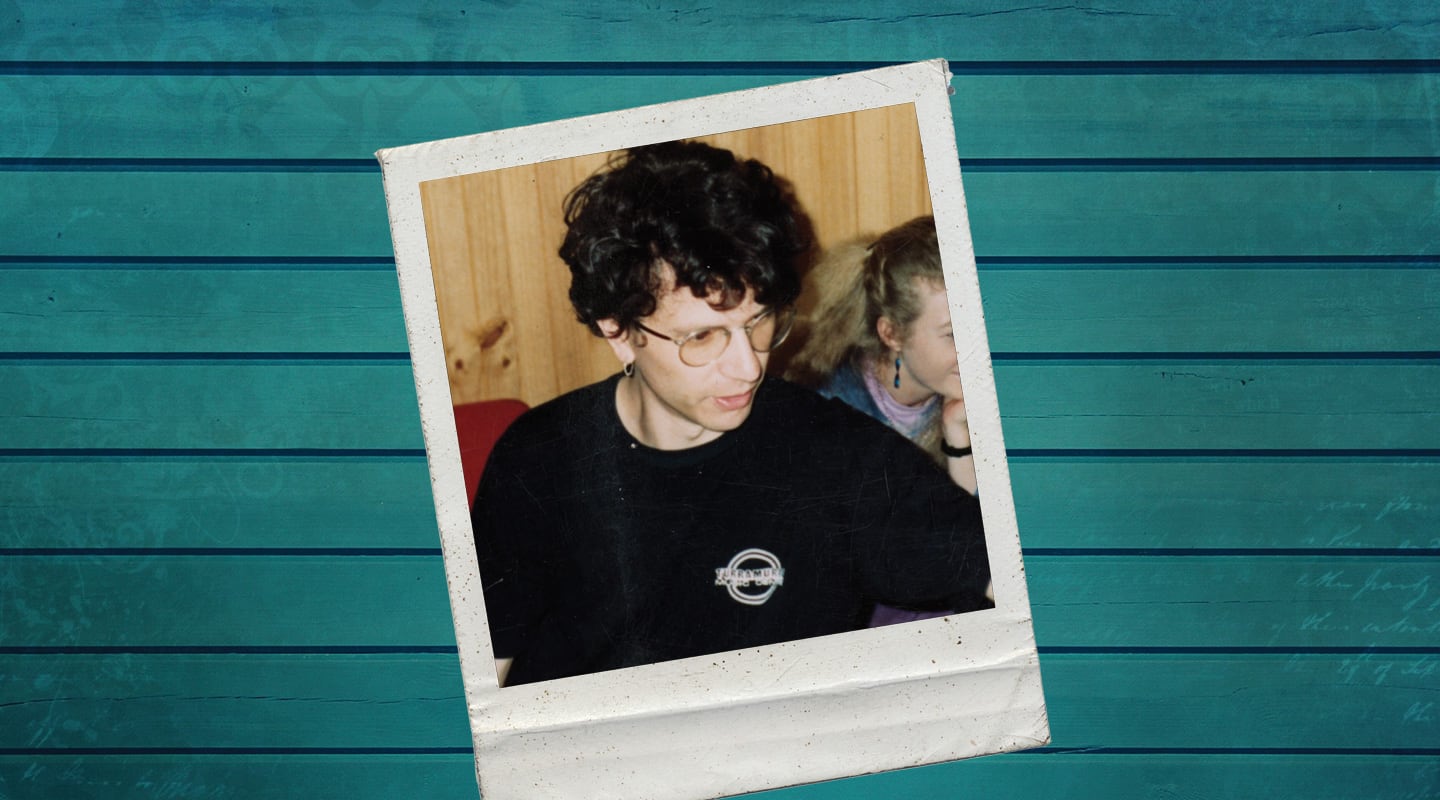 Mickey currently lives in the Victorian countryside, freelance designing venue tech systems and acoustics. Prior to that he accidentally co-founded a bedrock of Sydney’s indie rock scene, Troy Horse. It grew from a rehearsal studio into a studio complex, manufacturing plant and multi-city major events company.

I studied music at Sydney Conservatorium as a guitar and bass player. In the ’80s, I played in punk and jazz bands as a teenager. Anything I could do to make a living.

I never really saw myself as an entrepreneur, I always pictured myself as a musician.

We didn’t start Troy Horse with the idea of building a big business. It was very hard to find a place to live. My partner and I rented a space from 418-420 King Street in Newtown. It had two shopfronts, but our main interest was in the flat upstairs. We spent the only money we had on the deposit for this commercial building and thought we could put a couple of rehearsal studios in there to make enough money to pay rent. That was as far as we thought it would go.

It proved incredibly popular and we ended up converting the whole building into rehearsal studios. We put in a tiny little eight-track recording studio, which also became crazily popular. Every man and his dog wanted to record something in those days.

The first rooms we built had no ventilation, no air-conditioning. They were insulated with layers of carpet underfelt over stud walls. It was dreadful. It would get incredibly hot in summer and bands would come out in their underpants, drenched with sweat. We’d give them a free Zooper Dooper, and that would pacify them.

Within three years we’d stretched out to 400 King Street and had six buildings in a row that we’d turned into two recording studios, a mastering studio, and a whole lot of rehearsal studios. We got into printing posters, and lots of bands stored their gear there; it became home base.

The studios were busy. People loved recording on our dreadful Otari MX-5050, 1/2-inch eight-track. We’d just bought an Otari 24-track two-inch machine a couple of weeks before the Lemonheads were due to come in, but they still wanted to record on the eight-track. We ran it with a Soundtracs T-series console, but gradually expanded, and ended up with Tactile Technology consoles; one of the very early consoles with digital control-over-analogue circuitry.

We set up record labels to release the music we were recording. We had one called Troy Horse, and another called Stunt Pram. We weren’t taking ownership of the sound recordings, just letting people use our distribution network.

Very early on we invested in CD duplication and replication, because it was hard for independent bands to do small runs of CDs. It was lucky, because the recording side went swiftly downhill at the end of the ’90s. As home recording was taking off we were doing more mastering, finishing, and manufacturing projects for people.

We outgrew King Street and moved to a big building on Botany Road, in Redfern. That became a Sydney industry hub. Troy Horse was on the first and second floors, the Community Broadcasting Association of Australia (CBAA) was in the same building, and we gave FBI Radio space to get started before they had a license. We had recording studios, and sub rented space to bands like DIG, who wanted to work full-time.

The rehearsal rooms we built in Redfern were really nice — natural light, double-glazed windows, soundproofed and nicely designed. They were built like small recording studios. We were pretty hands on, and built it with musicians who swapped labour for recording time.

We were really bad at saying no. We did crazy gigs for corporate clients that were much bigger than we were capable of doing. We were creating multimedia for major banks like Westpac and Lily Pharmaceuticals, running websites, printing huge jobs, and replicating huge amounts of CDs with short turnovers. We expanded by saying yes, then we’d figure it out and buy another piece of machinery.

It was much more like a family than a business. The level of service was very high. If there was a job we could pull people in from bands who needed work: ‘We need 30 people to come in and package stuff tonight.’

We ran a couple of venues in Sydney, the Journos’ Club and the Phoenician Club. Off the back of that, we set up an events company in Brisbane.

We were running a lot of shows at Riverstage in Brisbane, mainly working with the council and universities. We did the Mountains to Mangroves Festival and the Oxley Creek Water Festival, which were both Brisbane council initiatives. We did Green Day with 15,000 people, Spiderbait, You Am I; all those bands that were in their heyday.

I became much more engaged in the logistics side of it. Taking time lapse photography of an event coming together on Riverstage, then sitting back and seeing where the weak points were.

Kitty Blackman and I started the business in ’88, and Chris McBurnie came in a couple of years later. In the early 2000s, I had the opportunity to sell my part of Troy Horse, and I took the money and ran, so to speak. I was done. I’d moved to Queensland and become much more involved with the events side. Troy Horse is still going, but I was ready for a change.

Bobby Flynn came through Troy Horse’s Brisbane studio. He was noticeably talented, so we recorded an EP with him. He was 19 or 20 and just played acoustic guitar and sang.

We were playing shows around Brisbane and got invited to go on Australian Idol. He came third or fourth in the season Damien Leith won; still in the heyday of Idol.

We recorded two albums during the time I was with him. We’d started with a four-piece band and got to a six-piece band with a live projectionist. When you’re trying to present shows people are used to seeing on television, you have to take it a step further than an indie band. The production needs to have as much zip as TV.

IT’S ALL IN YOUR HEAD