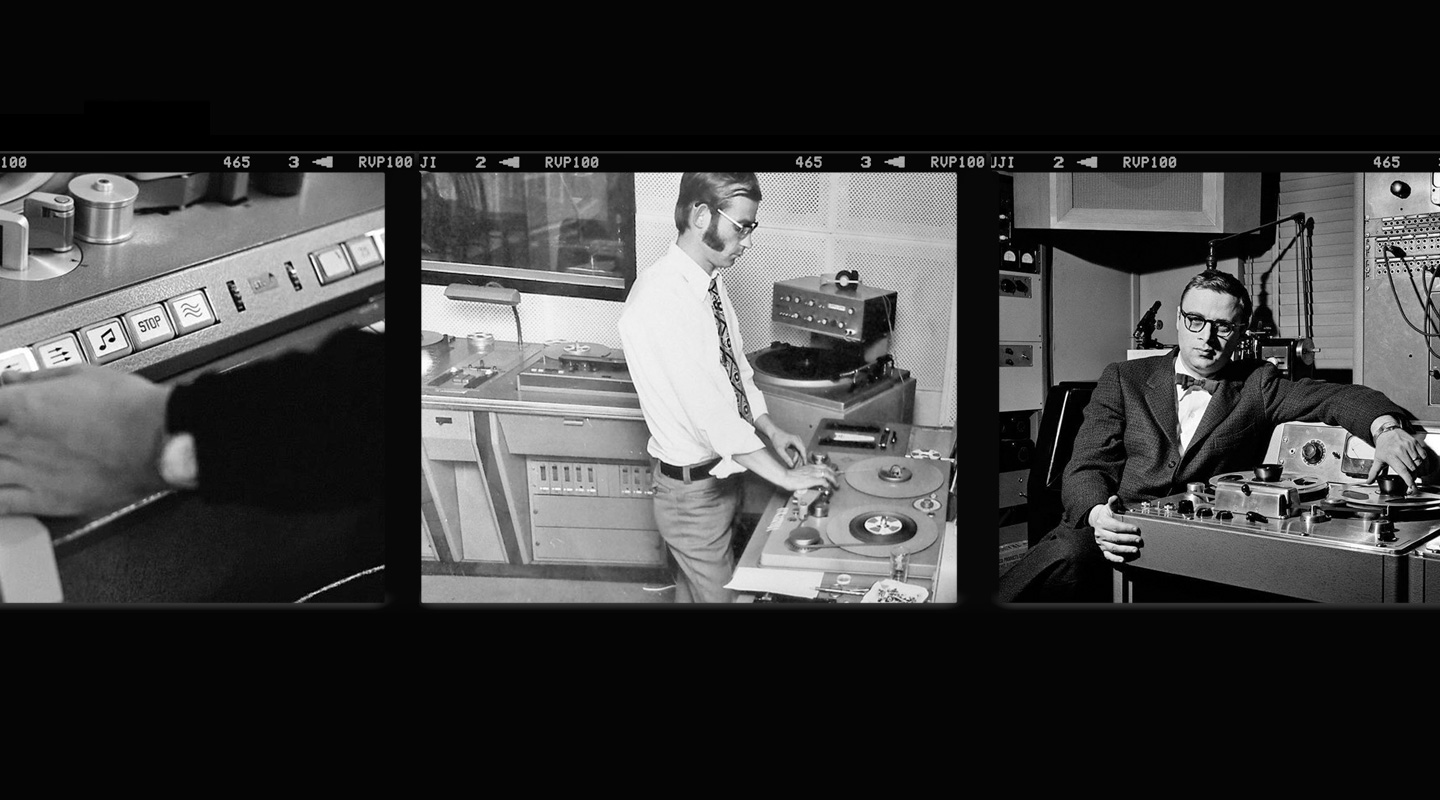 The Creative Use of Tape

This issue contains a feature about remixing and remastering The Beatles’ classic album Abbey Road. The engineer who worked on the project, Sam Okell, talks about re-mixing it all in-the-box while trying to recreate effects that were originally made with the creative use of analogue tape recorders. At one point he expresses a sense of wonder about it all: “It’s amazing that the tools they had at the time, apart from EQ and compression, were all tape-based…” Reading it made me nostalgic for the days of analogue tape.

I’ve been messing with analogue tape since the mid ’70s, starting with portable machines that offered two tracks on 1/4-inch tape and working up to a Studer A827 (24 tracks on two-inch tape) synchronised with a Mitsubishi X850 (32 tracks on one-inch tape). The Mitsubishi was a digital tape machine and, although its sound was arguably cleaner than the analogue tape machines, it offered none of the creative benefits. So what were those creative benefits and how can we emulate them in-the-box?

Analogue tape consists of a thin strip of flexible plastic material with a layer of ferric oxide embedded into one side that stores the recorded signal magnetically. The type of ferric oxide used is known as the tape’s ‘formulation’. In the heyday of analogue tape recording there was a handful of tape manufacturers, each offering different formulations. Most engineers had a preferred brand and formulation, and most studios standardised on one and calibrated their tape machines’ bias and EQ settings for it.

Analogue tape has always been revered for the pleasing combination of soft limiting and harmonic distortion it creates when pushed to high recording levels. This is part of an effect known as ‘saturation’; for any given tape formulation and bias/EQ setting, there’s a Goldilocks zone of recording levels where the saturation is just right; below it there is no benefit, above it the signal is noticeably distorted.

Tape emulation plugins offer control over all of these variables.

On a professional analogue tape machine there’s a small distance between the record head and the repro head, typically one to two inches. If those two heads are one inch apart and the tape is running at 15ips, it will take 1/15th of a second (67ms) between when a signal is recorded onto tape (by the record head) and when it is heard back off tape (by the repro head). This is the basis for all tape delay effects. Feed some of the delayed signal back to be recorded again and you’ve created a repetitive delay or echo effect. Add varispeed (see below) and you can fine-tune the delay time to fit the timing of the music, or even create phase, flange and chorus effects. These can all be emulated with plugins, of course.

Professional tape machines offer continuously variable tape speed, typically up to ±15%. This is known as ‘varispeed’ and is where things become very interesting, but also harder to emulate in-the-box.

Varying the speed also varies the pitch of any recorded material. When using 24 tracks on two-inch tape, I would always record a continuous A440 tone on to one track to provide a tuning reference for the tape itself. Soloing this track allowed instruments to be tuned to the tape and therefore be in tune with everything else on the tape. If the tape was taken to another studio to overdub a piano that was in tune to itself but not to the tape’s tuning reference, I could solo the tuning track while playing A440 on the piano and use the varispeed to tune the tape to the piano. The recorded piano was now in tune with the recording, and would remain in tune when the tape was replayed at the correct speed. You can do this in-the-box with pitch shifting, but there’s more…

Every musical instrument or voice has core resonances that create small peaks in its frequency spectrum that remain the same regardless of the notes being played. Those resonances might be louder on some notes than others, but they are always there. This creates an interesting problem when layering multiple takes of the same instrument or voice (e.g. double-tracking or creating harmonies). Every new track reinforces those core resonances and they soon dominate the combined sound, creating an unwanted effect that sits somewhere between a vocoder and Donald Duck. To overcome this problem, I would vary the tape speed up or down one or two percent for each double or harmony part that was from the same instrument or voice. After altering the tape machine’s speed up or down, the instrument would be re-tuned to the tape’s tuning track before recording the new part (vocalists would naturally adjust their pitch). When replayed at the correct speed, the new track remained in tune with the tape, but the centre frequencies of those pesky core resonances had been shifted just far enough apart to stop them strongly reinforcing each other and creating the vocoder/Donald Duck effect. You can’t do that in-the-box unless you’ve got a way to vary the speed during recording – which requires a master clock with variable sampling rate, such as Apogee’s Big Ben with its Variable Speed Override (VSO) function.

Perhaps the greatest varispeed trick of all is Artificial Double Tracking (ADT) – a technique devised by Abbey Road’s Ken Townsend that used two tape recorders playing two identical signals, while regularly tweaking the varispeed of one machine to shift it slightly ahead and behind the other. Digital effects processors offer a similar trick called Automatic Double Tracking using a delay modulated by an LFO. Note, however, that this cannot bring the delayed signal ahead of the original signal, only behind, and is not as convincing. You can learn about how Sam Okell recreated Townsend’s ADT in-the-box by reading the Abbey Road story…

Greg Simmons is a writer, educator and sound recordist with a passion for travelling. He was the Founding Editor of AudioTechnology magazine and has conveniently forgotten to mention all the things that made analogue tape a pain in the ass to work with. TAPE FLANGING IN THE NEW WORLD