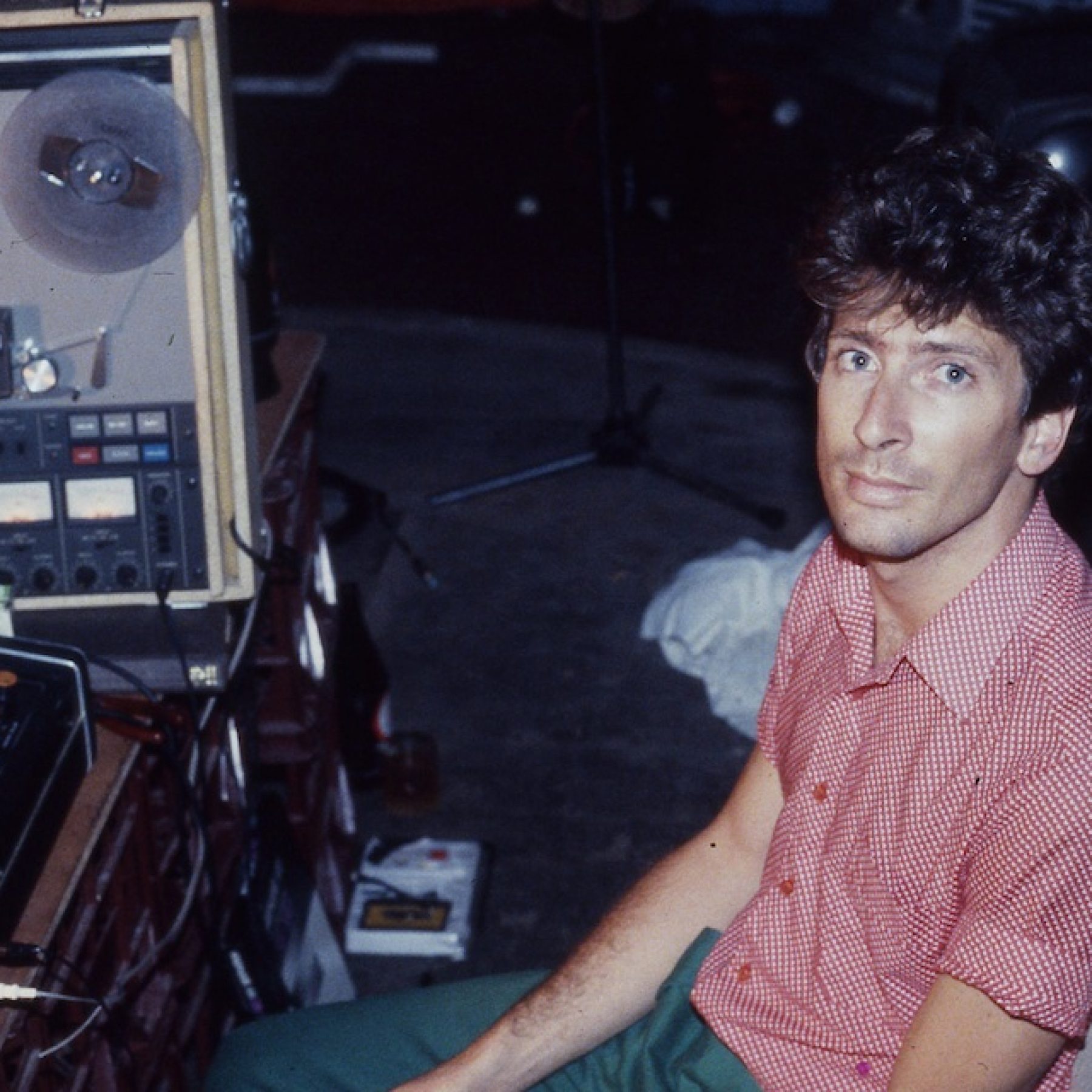 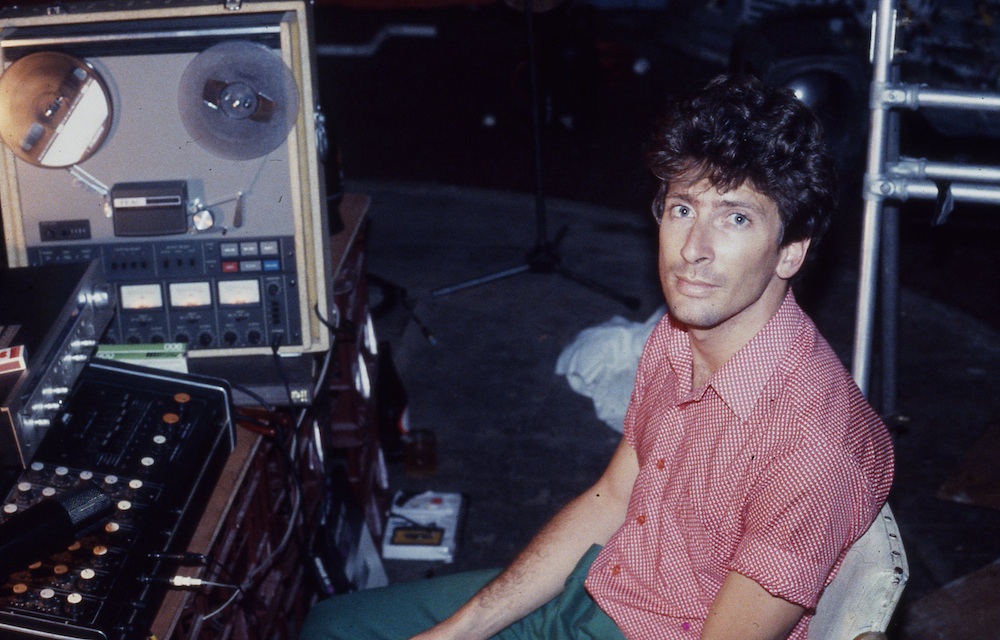 Dave Claringbold has spent some 20 years working at the Sydney Opera House, most recently as Director of Theatre & Events. He has recently announced his resignation as he pursues other challenges and over the next two issues reflects on his role in turning the technical fortunes of ‘The House’ around. Pictured is David in the mid ’80s recording some soundscapes for a Baz Lurhmann theatre production in his Darlinghurst squat.

I first came to the Opera House in 1990 as a Casual Sound Desk Operator Grade 3.

I’d come from a club and pub live sound background as well as working in the better recording studios around town, producing artists I’d got to know by doing live gigs.

Sounds terrible to say, but when I was first working there, I didn’t really give a shit. The reason? No one else did. I was shocked to see how bad things were technically from a sound perspective. At that point it was all about the lighting and staging and the Opera House was focussed on the classical art form. The sound department had a bit of gear but certainly no systems.

When I left in 1993 I swore I’d never return. But I did. In 1996 I took on the role of Concert Hall Audio Supervisor. I recall that as I was taking part in meetings and conversations at that time, I had a choice to make: either I was a part of the problem or I was going to be part of the solution.

The turning point was around the time the announcement came that Sydney won the Olympics and a new chief executive was installed, Michael Lynch.

I had built a good working relationship with Michael so when he shared his vision for the Opera House as being a creative organisation, I was able to be blunt with him: “You’d better think again.” When he asked why, I told him that there were no systems; no capabilities from a technical or human standpoint to deliver on that sort of artistic vision. I’ll never forget his response: “Well I know we spent enough money on the f**king concrete. What do we need to do?” That was the start of a new beginning.

I bought eight Meyer MSL4s, a couple of subs and a multicore. It doesn’t sound like much but Michael Lynch was showing some faith in me. We chose the Meyer PA because they were self-powered as well as industry standard. One of the earliest gigs we did in the forecourt was Buena Vista Social Club. And it energised the crew and the sound department; it showed we were capable of staging events and opening the Opera House to a new audience.

There have been many big technical investments over the years, but one of the highest profile was the upgrade of the concert hall in 2009.

When I took on the position of Technical Director in 2006, getting the concert hall ‘fixed’ was a high priority. It was beyond belief that we were reinventing the wheel in that venue every day. Pulling down complex lighting and audio rigs all the time. It was crazy.

I remember sitting in a meeting with a previous technical director and saying: we need a proper sound system in the concert hall, we need to carpet the hall and we need to put up acoustic drapes because it’s damaging the presentation of the venue. He just thumped the table and shouted, “No one’s going to pay for that!”. Which was just blinkered thinking because the Opera House brand was already paying — no one wanted to play there; no one wanted to go there. Our artistic vision was to present the best artists in the world in the best venue in the world.

And the technical department had a part to play in that.

Choosing a new PA for the concert hall meant undergoing an intensive period of evaluation. Shootouts are intriguing scenarios. It was really important we showed every supplier the goodwill of inviting them in or at least giving them the opportunity to compete — to come in and have their day. We engaged Bruce Jackson as an independent ‘arbiter’ as well, knowing how sensitive the process would be.

There had to be a winner and that was d&b with J series main hangs, along with its Q and T series covering the rest of the hall. And that was a big part of d&b’s success: back when I first heard d&b, prior to it taking off in Australia, it was a real eye-opener. The sonic signature was just so consistent across the range, and that’s what impressed me most. Then in the shootouts, the way that system rigged and the measurements we got from it, well, it made us think, “This is something special”.

Did we put some noses out of joint? Of course, but I’ve got to think about the venue and what’s best for it at that time, and think about how the system dovetails with what we’re trying to achieve and the artistic aims of the Opera House. In fact, I’ve been really determined we don’t appear to be a closed shop to any one brand or any one integrator.

Obviously there will be people over the years who will bitch about the decisions we’ve made, but it’s always been about making the right decision for the venue and the crew who are using the equipment. 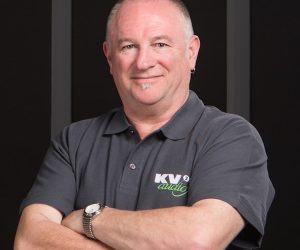 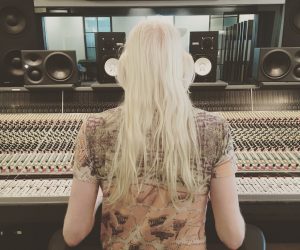 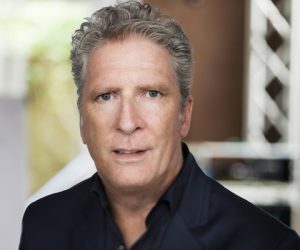 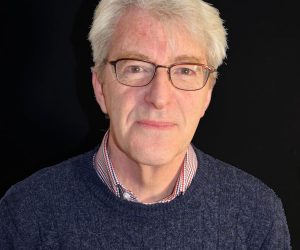 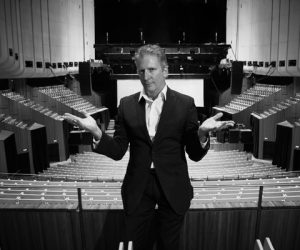 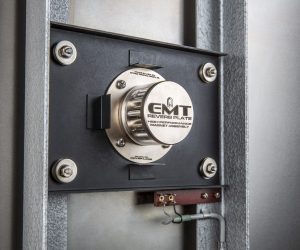 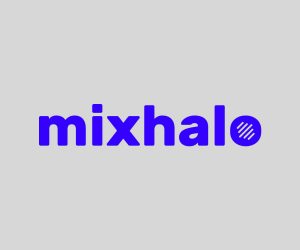 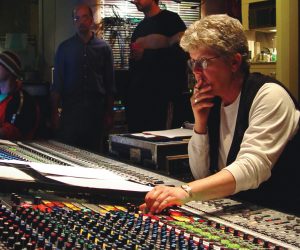 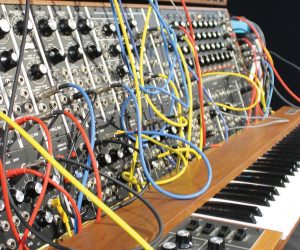